Located on Croatia’s Adriatic coast, Split is one of Europe’s most beautiful coastal towns, even though it isn’t quite as illustrious as some on other places in France, Spain, or Italy. Discerning yacht owners are familiar with it however, thanks to the excellent ACI Marina Split.

Open year-round, it has a breakwater providing it with natural protection from strong southern winds and the sea, and features 355 berths (all with their own supply of water and electricity) in addition to 30 boat places on land. The marina can accommodate superyachts of up to 80 meters, which basically includes all but the most very largest ships out there. 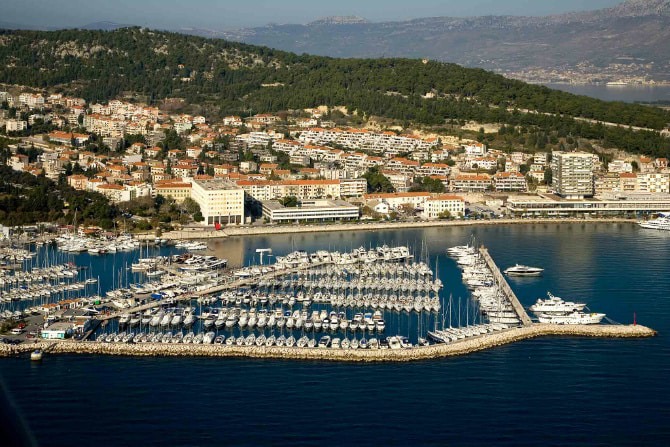 St. Barts is one of the jet set’s favorite Caribbean playgrounds, and when they don’t arrive on the island via private airplane, they anchor their yachts in the Port of Gustavia marina.

It features 60 slips, with anchorage spaces for yachts no longer than 80 feet available in the inner harbor and anchorage in the outer harbor for larger vessels. Fuel, water, and provisions are also available after docking. Best of all, travelers get to enjoy the stunning beauty of the surroundings in one of the Caribbean’s most scenic areas. 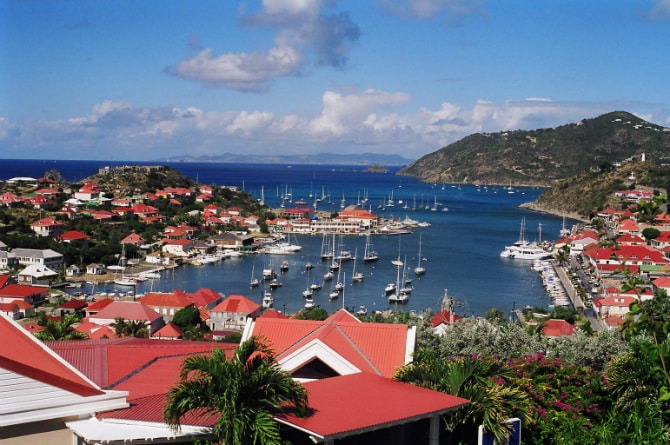 Portofino is another one of those enchanting Italian coastal towns that make such perfect holiday destinations, especially for those who can get there on their yacht. That’s because this former fishing village is accessible via a single road (which is usually closed, anyway), making boats the preferable form of transport to and from the place.

Adding to the secluded and highly exclusive vibe, there are just 14 berths available – and you can be certain at least some of them will be occupied by some celebrity or famous millionaire at any time. 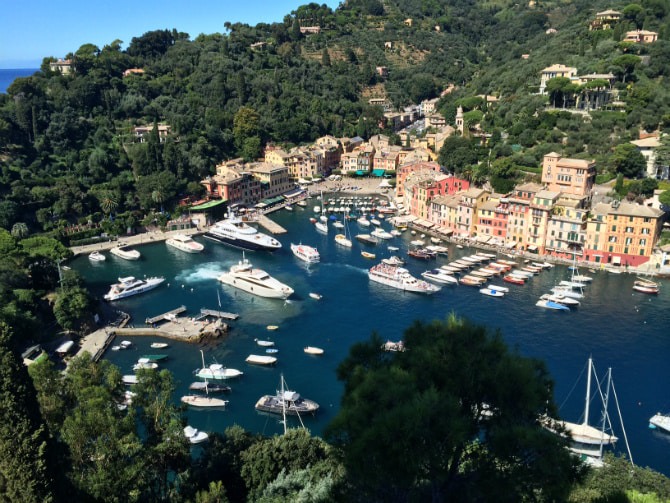 Saint-Tropez is the jewel of the French Riviera and a world-renowned hub for the rich and famous. While a lot of them own or rent houses in town, the marina is also a place you can find many luxurious accommodations, as there are no fewer than 734 berths available over two basins covering an area of about 22 acres!

Superyachts over 70 meters aren’t allowed, but they still can be seen farther out of port, like Bernard Arnault’s Amadeus or the stunning 88-meter sailing luxury yacht The Maltese Falcon. 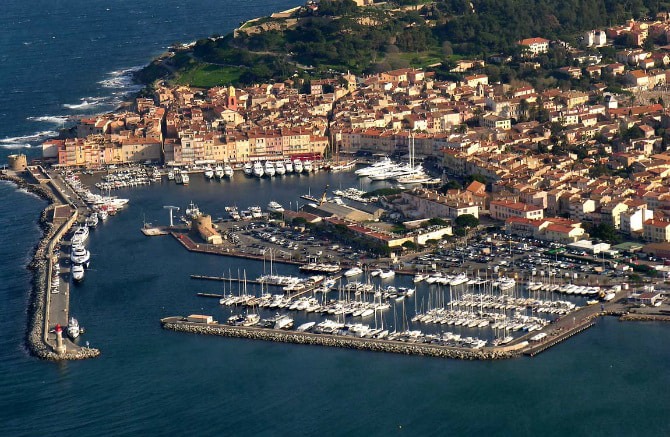 The Caribbean, with its warm waters and myriad picturesque islands, is a very popular destination for ships of all shapes and sizes. Located alongside Charlotte Amalie Harbor in St. Thomas, in the US Virgin Islands, Yacht Haven Grande is the best place to drop anchor in this beautiful part of the world.

The facility features a 48-slip megayacht marina, with an 80,000 square-foot shopping galleria nearby, as well as multiple dining and entertainment venues, and luxurious accommodations. 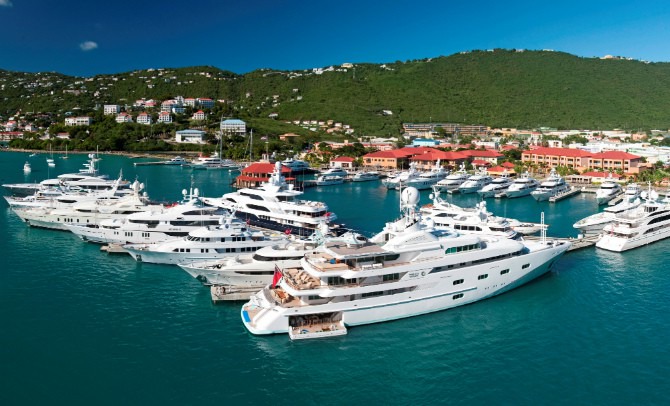 Capri is for the Mediterranean what St. Barts is for the Caribbean: a stunningly beautiful island which seems to have a special allure for the rich and famous. This is why you can often see some of the world’s greatest superyachts floating around its waters, and bump into billionaires and celebrities on land.

The Marina Grande itself has 300 berths and can accommodate yachts as big as 60-meter in length, which is more than enough for most luxury yachts. 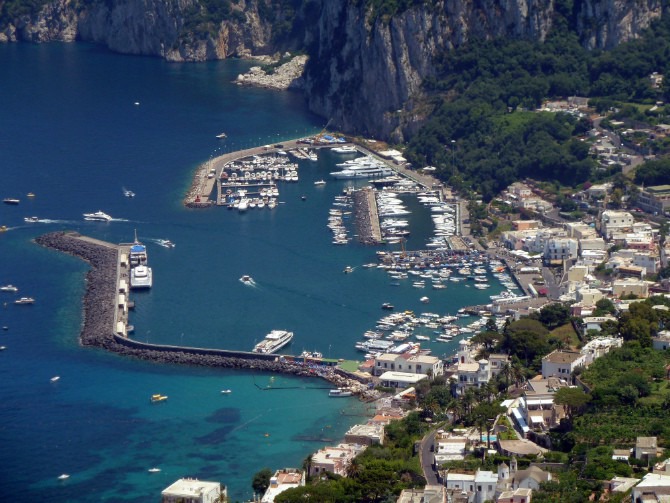 Whenever you think opulence, your mind inevitably wanders to one or another of the Arabian Gulf’s glamorous cities, so it’s no surprise that one of the world’s most luxurious places to dock your yacht is the Yas Marina Abu Dhabi.

The marina offers 221 berths for vessels as small as 8 meters to gigantic 150-meter megayachts, and is ideally located to ensure easy access to the cosmopolitan cities of Abu Dhabi and Dubai. Other high-end facilities include 24-hour CCTV, valet parking, waste disposal, power, fresh water, and fuel facilities, in addition to dining venues, a pedestrian promenade, and even a musical fountain. 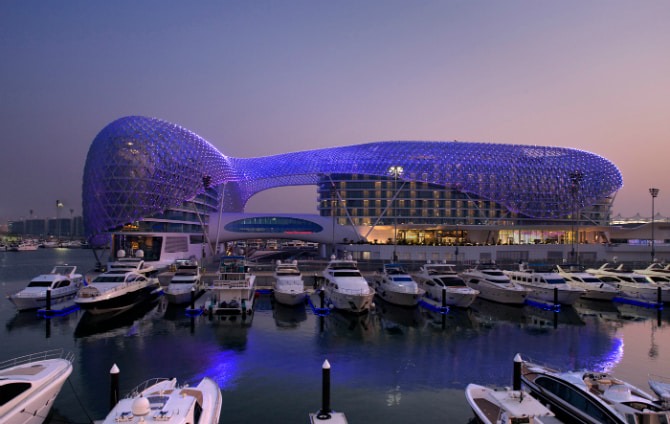 Located on the northern tip of the island of Sardinia, Porto Cervo is resort town founded 50 years ago by Prince Karim Aga Khan as a private retreat for him and his friends. It features an excellent mix between the area’s unspoiled natural beauty (which attracted the Aga Khan to the spot in the first place) and modern luxurious facilities, including high-end boutiques, nightclubs, and of course a marina.

Unsurprisingly, Porto Cervo is also considered the most expensive location in Europe, where a single square meter of space can end up costing hundreds of thousands of euros. 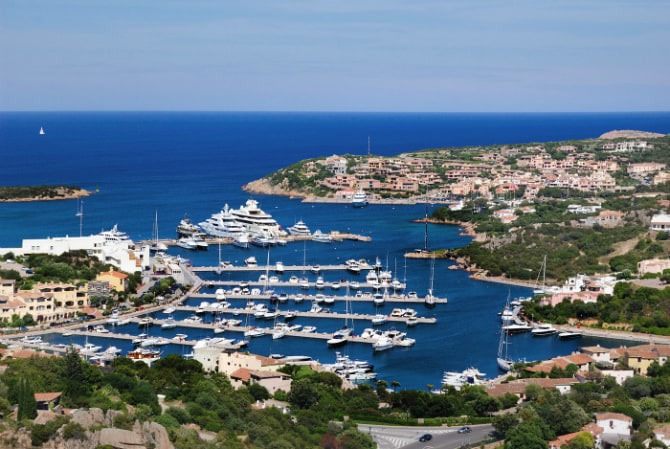 Perhaps more than any other spot on this list, Ibiza is a place for the young (or at least young at heart), those who not only have plenty of money, but also a lot of energy to burn. Ibiza Magna is perfect for just that category of people, as it is located just minutes away from the casinos, as well as the iconic nightclub Pacha, a world-famous venue widely regarded as the home of electronic music.

There are 85 berths for yachts up to 60 meters, while larger ships can drop anchor outside of the main harbor. 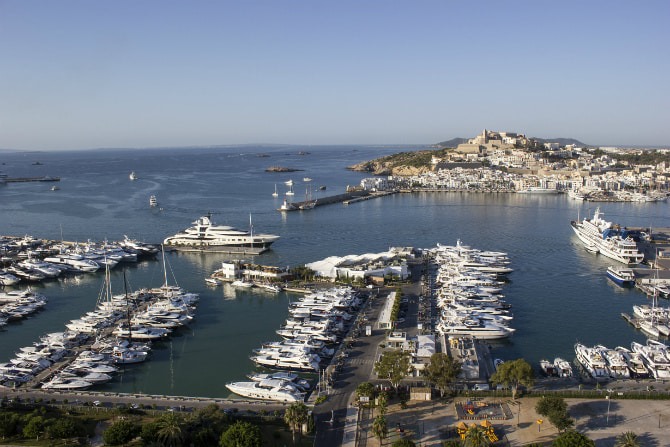 If rich people were to get together and form a country of their own, it would probably be something like Monaco: a tiny stretch of coast filled with casinos, ultra-luxurious homes and hotels, and of course excellent maritime facilities. The latest addition to the latter is the Yacht Club de Monaco (which we’ve featured in the summer of 2014).

The YCM Marina is located directly in front of the club’s stylish new headquarters and features 26 superyacht berths from 28 to 60m, with a pontoon for tenders and terminal for charters. 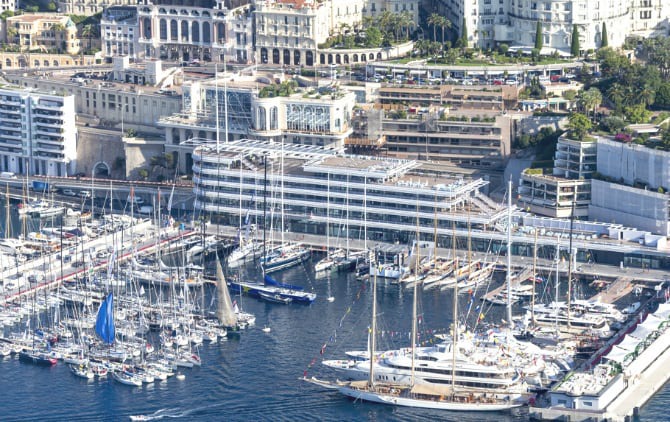 Nhlanhla Lux Accused Of Hating Foreigners Because Of This

SA exported R3.3 billion worth of military hardware in 2021