Busted: foreigners are at it again See what foreigners have been caught with at the boarder

By Daily_News (self media writer) | 25 days ago

The vast majority of South Africans are fed up with foreigners who enter the nation illegally with the intent of destroying the country's infrastructure. Foreigners are being urged to leave South Africa as quickly as possible, according to people who are tired of their criminal activities. Locals want all foreigners who came to the country with bad intentions, such as engaging in criminal activity, deported back to their home countries, as opposed to remaining in the country.

Nearly every day, foreigners are captured across South Africa's borders while in possession of illegal weapons, hijacked cars and trucks, and stolen commodities.

In a report published yesterday by Vehicle Tracker South Africa, two Mozambican immigrants were apprehended with a stolen vehicle at the Mozambican border. 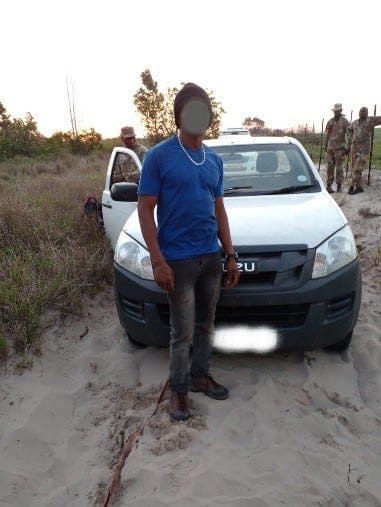 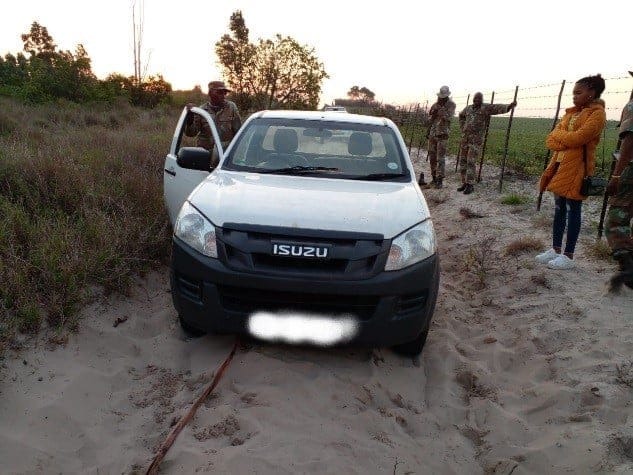 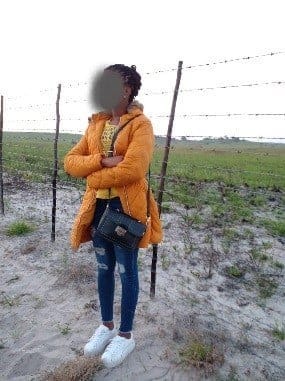 According to the tweet, the SANDF members were alerted to the presence of a sound in the vicinity of where they were. The members of the defense team went in the direction of the sound and discovered a stolen car stranded near the Thelizolo Temporary Base. After being apprehended by defense members, a young woman and a guy were taken into custody on suspicion of being in possession of a stolen vehicle.

An Isuzu bakkie can be seen in the background of the photograph above, which shows the suspects. In accordance with the author's conclusion, the suspects are most likely undocumented immigrants who enter South Africa's borders unlawfully in order to engage in criminal activities that are damaging the country. 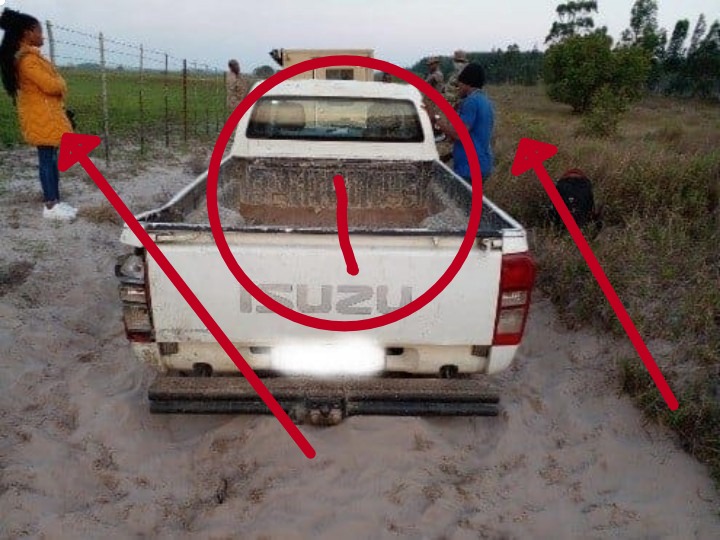 Those who are apprehended should be taken into custody and imprisoned for an extended period of time, with the possibility of never being allowed to enter South Africa again. The government should beef up security at the country's borders in order to deter illegal immigrants from entering the country illegally. A greater number of defense personnel should be stationed at various border crossings to aid the police in apprehending foreigners who have stolen things, because it appears that South Africa is a gateway for foreigners to do as they like.

What are your thoughts and feelings about this? Do you have any thoughts on the subject matter discussed above? Please share your thoughts in the comments section below and stay tuned for further updates.

10 Famous World Leaders Who Were Assassinated And Their Country.

ANC MP in Hot Water After Using a Discriminatory in WhatsApp

Lady Claims That The Poverty In America Is More Extreme Then The One In South Africa, Is It True?

COVID-19's Fourth Wave: What You Need to Know Now