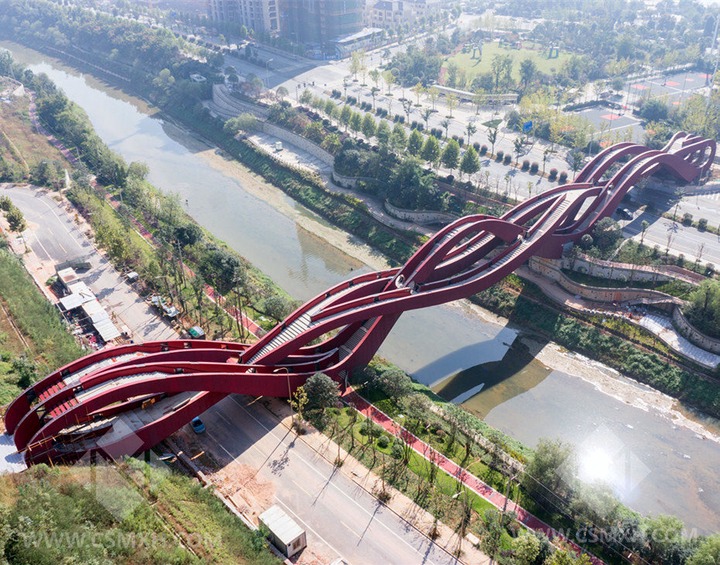 Connecting land masses and peoples for centuries, bridges are a marvelous feat of civil engineering and architecture that are often taken for granted. From the Golden Gate Bridge in San Francisco to Tower Bridge in London, Sydney Harbour Bridge in Australia to Charles Bridge in Prague, each of these giants carry with them as much of their own unique function as they do character. Lets briefly look at some of the best that Japan has to offer.

Note: For travel in Japan, the website Hyperdia is a fantastic tool for non Japanese speakers. It provides accurate subway, local and bullet train timetables and prices. It can be found here.

At 712m, the Kanmon bridge serves the purpose of connecting Japan's main islland Honshu, with its most southern island, Kyushu. 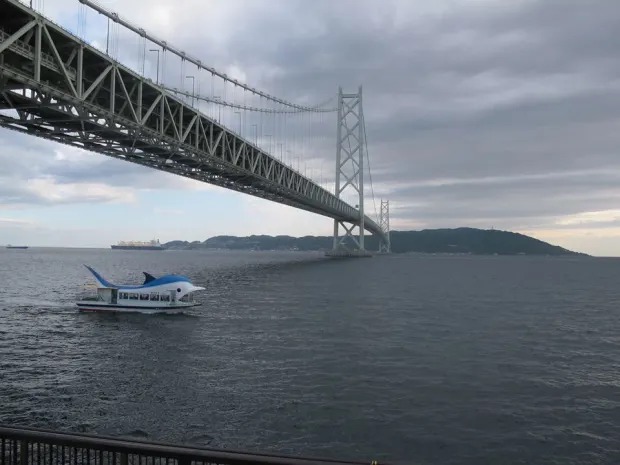 At 712 meters, Kanmon Bridge barely makes it into the top 50 longest suspension bridges in the world. However, its function connects millions of people and allows ease of travel between two of Japan's four main islands. To the north of the bridge on Honshu island is the city of Shimonoseki, Yamaguchi Prefecture; famous for its fugu (pufferfish) and home to the Goda-ikka Yakuza group. To the south of the bridge on Kyushu island is the city of Kitakyushu, Fukuoka Prefecture; the original bombing site for one of the nuclear weapons used in World War Two and home to the breathtaking Kokura Castle. Between these two cities, in what is known as the Kanmon region, are some 1.3 million residents. Along with serving these people, the Kanmon Bridge is generally responsible for increasing tourism and trade between these two islands of Japan.

If you fancy a visit, it can be viewed for free from either side. However, as it is part of an expressway, if you want to cross it by car, tolls will incur for your journey.

This breathtaking view can be seen for free from the Shimonoseki City, Yamaguchi Prefecture side of the bridge.

At almost 2km in length, thhe Akashi Kaikyo Bridge is the longest suspension bridge in the world.

At 1,991 km, the Akashi Kaikyo (straits) Bridge boasts the title of longest suspension bridge in the world, and has done so since its opening in 1998. This bridge was constructed as part of the Honshu-Shikoku Bridge Project - a system of bridges connecting Japan's largest of four main islands, Honshu, with the smallest of the four, Shikoku. Before these series of bridges were completed, Shikoku was only accessible by ferry.

Akashi Kaikyo connects the city of Kobe, found in Hyogo prefecture, to Awaji Island, a lesser island found in the Seto Inland Sea between Honshu and Shikoku and also part of Hyogo prefecture. Public demand for this bridge was huge due to the dangerous storm prone straits. Demand grew to boiling point and public outrage ensued after the sinking of two ferries in the 50's, killing over 150 passengers. Construction finally began in 1988.

Viewing can be done for free, and the bridge is best seen from one of the many beaches dotted along the coast on the Kobe side. If you wish to cross this bridge by car, a toll of ¥2,300 (€17, $21, £13) is currently in operation.

If you are feeling adventurous, it is possible to get a tourinside the structure of this bridge, including a panoramic view from 98 stories up. Tours leave from the Bridge Exhibition Center which is located on the Kobe side of the bridge and is very accessible by train and bus. The fee is ¥3,000 (€22, $28, £17) for an adult and reservations must be made in advance through the website, fax or in person. I.D. must brought on the day.

The author of this article, Ciaran, standing beside Kintai bridge, a Japanese national treasure and popular tourist destination.

Kintai bridge is located in Iwakuni City, Yamaguchi Prefecture. With just over 100,000 residents, Iwakuni is a small city by Japanese standards. However, between the distinguished Kintai bridge and the adjacent mountain-top based Iwakuni Castle, tourists come from all over to view these impressive structures.

The bridge, completed in 1673 and thought to be flood proof, was destroyed in a flood the following year. Like many Asian monuments, it was decided that the bridge be rebuilt every 20 years for the center arches, and 40 years for the lateral arches connecting to land. This may come as a surprise to westerners who often prefer to see ancient ruins rather than modern replicas. However, this method of periodic reconstruction does allow traditional woodcraft skill to be preserved from generation to generation, and also provides the public with a direct look into history.

The bridge stood again until 1950 when a typhoon destroyed it. The destruction can be attributed to its weakened state at the time due to lack of maintenance during the war period, and also due to American forces taking gravel from the river bed the previous year to expand their Marine base, strengthening the river flow. In 1953 it was rebuilt using metal nails for reinforcement, previously unused in its construction.

Iwakuni city is extremely accessible from Hiroshima city by train or bus and can make a great day trip for tourists looking to extend their travels from there. It is also worth noting that as of 2012, the American defensive military base in Iwakuni now serves commercial flights to Tokyo.

Viewing of Kintai bridge can be done for free 24 hours a day (bridge illuminations switched off at 10pm), with the most popular time of year for visitors being the cherry blossom season. During this time, cherry blossoms line the banks of the river and provide a striking pink backdrop, complimenting the traditional Japanese structure and providing a uniquely Japanese experience.

The arches of Kintai Bridge

Togetsu Bridge during a typhoon

The stereotype amongst the Japanese regarding Kyoto is that it's people are mature and cultured. This stems from the fact that Kyoto, once Japan's capital and arguable center of its civilisation and arts, has maintained its traditional and elegant essence, seamlessly integrating it into modern society. Temples can be seen weaved amongst modern shopping streets.

Togetsu Bridge, a landmark for hundreds of years which embodies the Kyoto aesthetic, effortlessly integrating into nature, is a popular tourist destination to the West of Kyoto city, located in Arashiyama. Originally built in the Heian Period (794 - 1185), the current bridge was rebuilt in 1934 using columns and beams made up of disguised concrete and still appears wooden.

Togetsu translates as "moon crossing" and gets it's name from Emperor Kameyama of the Kamakura Period (1185 - 1333) who while boating, commented on how the moon appeared to be crossing the bridge. The bridge lives up to its romantic name, and with a backdrop of cherry blossoms in Spring or an array of Autumn colours following the summer, it provides a memorable spectacle only Kyoto can offer. Combined with the opportunity to feed wild koi, *observe cormorant fishing (summer only), take a trip through Arashiyama's iconic bamboo grove, and see wild monkeys on the mountain slopes, a visit to Togetsu is a must-do trip if you plan to visit Kyoto.

Tokgetsu Bridge is accessible by car, bus and train, though train is recommended to avoid traffic jams. The fastest route is a direct train from Kyoto Station to Saga-Arashiyama Station on the JR Sanin Line, taking 15 minutes and costing ¥240 (€1.75, $2.20, £1.40). Viewing and crossing the bridge is free.

The romantic Togetsu Bridge is a popular tourist destination from Kyoto

Arashiyama's "Sagano Bamboo Forest" is located near Togetsu Bridge and is an iconic symbol of Japan. It is worth preparing yourself for the fact that the bamboo forest is not very long, a point which underwhelms some people.

Rainbow Bridge, painted white to harmonise with the Tokyo skyline, viewed from the mainland side. 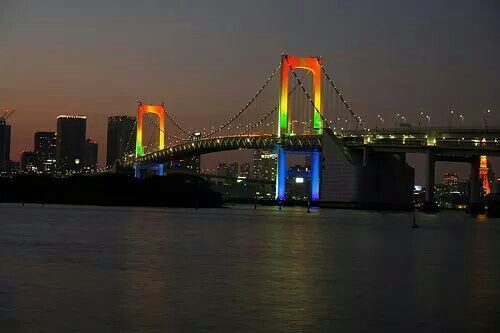 Rainbow Bridge connects Shibaura Pier, a northern section of Tokyo bay to Odaiba, a group of artificial islands originally built for defensive purposes in the 1850s. Daiba refer to the cannons batteries placed on the island and some, like "Dai-San Daiba" or "Number 3 battery" can still be viewed today.

Modern Odaiba has been extensively developed commercially and residentially, and though not the only means of accessing Odaiba from mainland Tokyo, Rainbow Bridge is hugely responsible for the rise in popularity of the area as a shopping and sightseeing destination for both tourists and Tokyoites.

Rainbow Bridge, painted a brilliant white colour to harmonise with the Tokyo skyline is a tourist attraction in itself, and its some 800 meters can be traversed by foot. The bridge houses two walkways; one on the north side offering views of the city skyline, and one on the south side which allows for a view of Mt. Fuji on a clear day.

Rainbow Bridge, though not its official name (Shuto Expressway No. 11 Daiba Route), is so called due to the red, green and white lights, powered by solar energy collected daily, and found on the wires supporting the bridge, illuminating the bridge in a rainbow pattern at night. This in itself is an impressive sight not to be missed.

The bridge can be viewed from both the Tokyo mainland and Odaiba side, day or night for free. It is accessible by foot from Tamachi or Shibaura Futo Station on the mainland and crossing the bridge is also free.

"Dogs ate my car" - People notice blood on it instead, what really happened?