Flying birds in a cleaner sky as carriers shift green 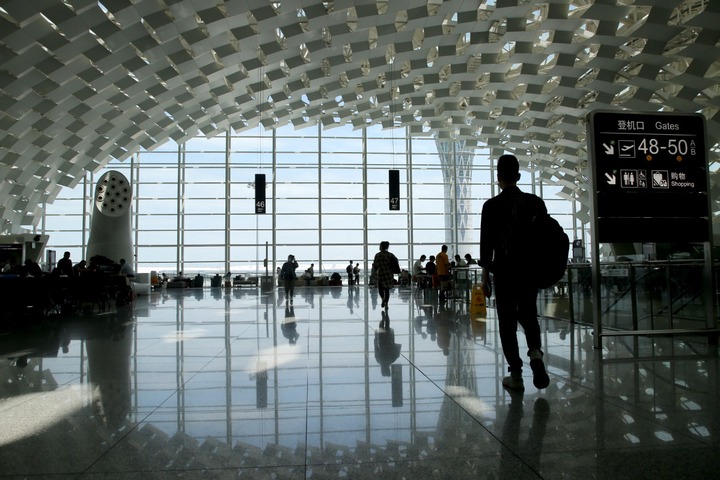 Passengers gather at a boarding gate in May at Shenzhen Bao'an International Airport in Guangdong province. The airport ranks top for its green efforts in an assessment conducted by the local government this year. AN BAIMING/FOR CHINA DAILY

Firms around the globe ramp up carbon reduction for sustainable growth

The aviation industry produces about 2 percent of all human-induced carbon emissions, figures of Air Transport Action Group showed. Industry players are looking to a greener path of growth.

The COVID-19 pandemic has had a devastating impact on the global air travel market. Last year, the net loss of the industry totaled $126.4 billion, the worst year on record. In 2020, 1.8 billion passengers took flights, and the number of people who flew dropped 60.2 percent over 2019, the International Air Transport Association said.

The carbon emission volume of the aviation industry last year was quite low, but the result came with the largest decline of air passengers transported since the 1950s. To achieve sustainable growth in the long term, cleaner alternative propulsion technologies such as electric, hybrid-electric and hydrogen are under development by aircraft and propulsion manufacturers.

"The discussions of the carbon emission measures of the aviation industry actually started around 2007. In a real scenario, carbon reduction through advances in fuel technology and the way the fuel is used has begun even earlier," said Yu Zhanfu, partner and vice-president for China at consultancy Roland Berger.

"Carbon reduction in civil aviation has been a continuing process, and positive results have been gradually showing. Globally, the aviation industry is not a huge emitter of carbon, but it has been a difficult process for the industry to reduce carbon emissions, as long-haul flights are significantly dependent on fossil fuels, and a revolutionary alternative to fossil fuels will not happen in the short term," Yu said. 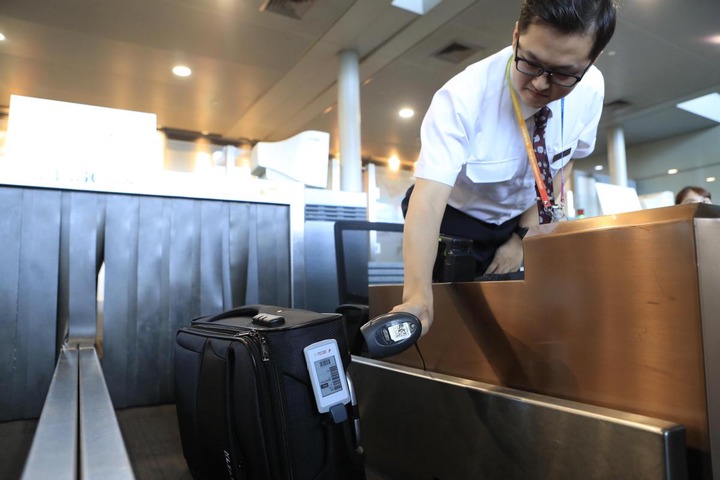 A China Eastern Airlines employee scans the code on an electronic luggage tag at Shanghai Hongqiao International Airport. The tags, which are part of the carrier's green efforts, do not use batteries for power source and allow travelers to checkin and trace luggage using their mobile phones. YIN LIQIN/CHINA NEWS SERVICE

European aircraft manufacturer Airbus said it has been trying to promote sustainable growth of the aviation industry and reduce carbon emissions. It is also in line with the aim of the Chinese government.

China has committed itself to peak carbon emissions by 2030 and carbon neutrality by 2060, and the country recently launched the world's largest carbon market. Carbon trading is the process of buying and selling permits of emitting carbon dioxide or other greenhouse gases.

Airbus said hydrogen is one of the most promising zero-emission technologies to reduce aviation's climate impact. In 2035, the aircraft manufacturer aims to introduce its first hydrogen-powered commercial aircraft in the market with zero emissions.

Besides, Airbus is taking research about possible solutions to improve aircraft's operational condition and thus reduce emissions. It hopes to cooperate with aviation industrial players in China and speed up the process to achieve sustainable growth of the industry.

"We are committed to the China market and our strategy regarding China as a long-term strategic partner remains unchanged. We would like to further integrate ourselves into the ecological chain of China's aerospace and aviation industry and strengthen all-round and multi-level cooperation with China. Together with China, we will accelerate the decarbonization process and sustainable development of the aviation industry," said George Xu, CEO of Airbus China. 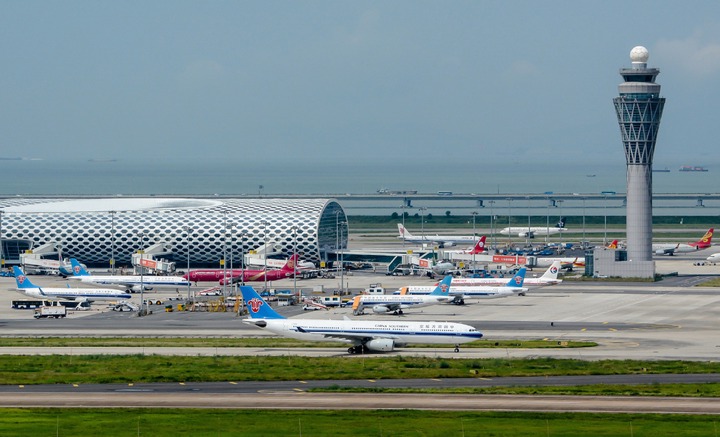 In the past 50 years, Airbus said it has made significant achievements in reducing aircraft's negative impact on the environment. For instance, the average noise level of its aircraft has declined 75 percent compared with 50 years ago, and the emission level of nitrogen oxide was reduced 90 percent over that period, the company said.

Meanwhile, US aircraft manufacturer Boeing Co released its first sustainability report in late July. The company shared its vision for the future of sustainable aerospace.

"In September 2020, amid the COVID-19 pandemic, Boeing formed a sustainability organization dedicated to advancing our green efforts across the enterprise," said Chris Raymond, chief sustainability officer of Boeing.

"We know there is still work to do and are committed to communicating our progress and holding ourselves accountable to ensure the aerospace industry is safe and sustainable for generations to come," Raymond said.

In China, Boeing has partnered with Chinese airlines in testing flights and research institutes about developing sustainable aviation fuel. Besides, the company aims to maximize the lifespan of airplanes through a Boeing converted freighter program.

Boeing said it recycled the majority of its waste materials in China. It also takes research in airspace efficiency, green manufacturing and biofuels at a Beijing-based sustainable aviation technology center, which is set up by Boeing and Chinese aircraft manufacturer Commercial Aircraft Corp of China.

Chinese industrial players in the aviation sector are also furthering their efforts in reducing carbon emissions.

A role model for green efforts in the sector, Shenzhen Airport Group has been promoting energy saving and carbon-reduction measures such as reducing aircraft emissions and vehicle emissions. The Shenzhen Bao'an International Airport, operated by the airport group, ranked top in many fields concerning the construction of a green society in an assessment conducted by the local government.

During the 13th Five-Year Plan period (2016-20), the Shenzhen airport reduced carbon emissions by 642,000 tons in total. In 2020, the airport achieved a surplus in its carbon quota for the first time. It also entered the Airport Carbon Accreditation program and was certified as level 3. The highest is level 4 and is reserved for airports that achieve net zero carbon emissions.

Last year, 67 percent of the vehicles used at the Shenzhen airport have been changed to new energy vehicles, far exceeding the industry standard. This year, except for those for emergency use, or those cannot be replaced due to inadequate supply in the market, all the newly added cars at the airport will be NEVs, the airport said.

Besides, as the parking aircraft were mainly powered by the auxiliary power unit (APU)－which uses not only aircraft fuel, but also produces a large amount of carbon dioxide, hydrocarbons and other gases during operation－the Shenzhen airport continued to build ground APU replacement facilities. Last year, its APU alternative facilities helped reduced carbon emissions by about 110,000 tons.

Eat These Foods To Reduce Cholesterol levels In Your Blood

10 Reasons Why Sweet Potatoes Are Good For Diabetic People

King Monada’s BMW M4 has been repossessed in daylight by POLICE.