By yunahbvumbwe (self meida writer) | 4 days 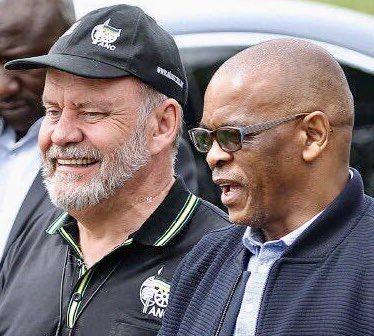 Masina asks some damning questions concerning the identity of the private shareholder of SAA who now has control of the 51%.

"Who is Takatso Consortium? Will they be funded by any of the DFI (PIC, IDC, DBSA) to take to take 51% of our national carrier.

Why was it not possible for the DFI's to finance the SAA? I'm just a concerned citizen," said Masina.

Andile Lungisa argues that the South African Airways was sold for free.

Niehaus said State Owned Enterprises are being sold out.

"Everyday the people of South Africa lose even the little bit of control that we had over our economic destiny. We are being sold out, lock stock and barrel!

I'm not going to beat about the bush about my feelings. This privatisation of SAA is terrible," said Niehaus. 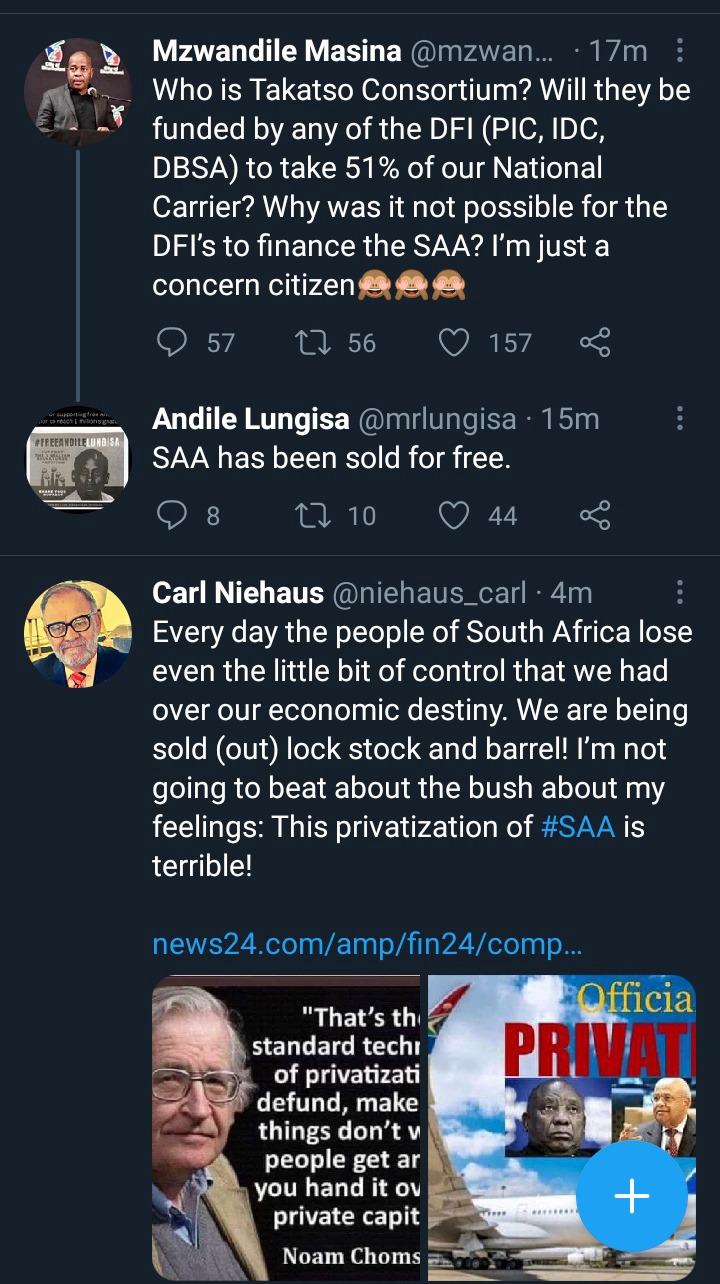 Public Enterprises minister, Pravin Gordhan revealed that SAA will now have 49% while the private shareholder will have 51%, citing that it will no longer rely on government for funding. 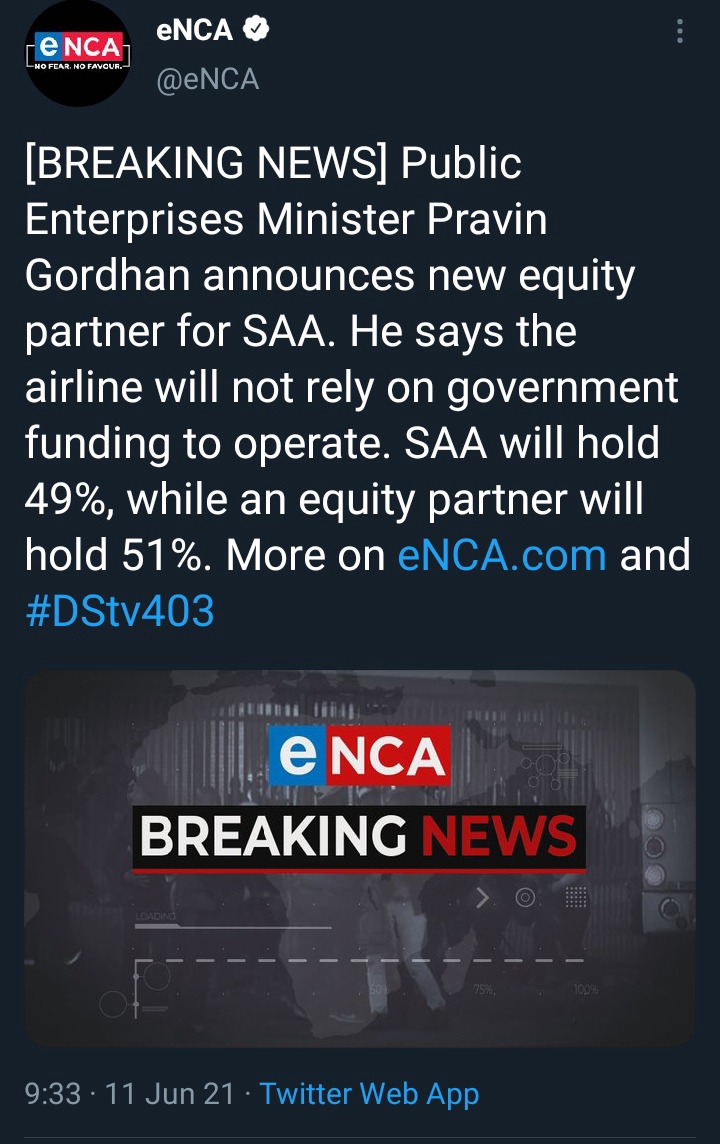