Top 10 of the Tallest Waterfalls in the World

Discover the tallest waterfalls in the world, with the most beautiful and highest drops.

Measuring the tallest waterfalls in the world is not an easy task. There is a great deal of debate regarding how height is judged. For example, do you measure the longest single drop or add together cumulative drops? Plus, where does the waterfall begin and end?

Catarata Gocta flows into the Cocahuayco River in Peru. It has two impressive drops that have a total height, by some estimates of around 2,530 feet or 771 meters. But, this number fluctuates depending on who has done the measuring. On some lists, this waterfall is the fifth tallest in the world, while on other lists, like The World Waterfall Database, ranks it as the 16th tallest.

Legend suggests that the falls remained unknown to outsiders for so long due to a curse of a mermaid who lived in the waters. The falls are said to be protected by this spirit. Today, tourists can visit and hike around the falls. 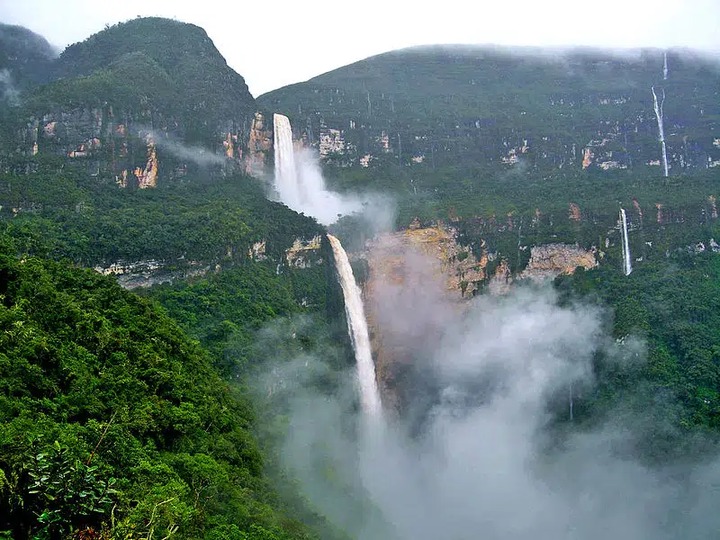 This waterfall often features towards the top of various lists of the world’s tallest waterfalls. It is unofficially listed as the third tallest waterfall by different publications. Some other lists have it as far down as 11th. It falls from glacial waters into Lake Lovatnet. The waterfall has four drops, fed from the Jostedalsbreen glacier. The waterfall is located in a dangerous area that has killed more than 100 people in landslides. 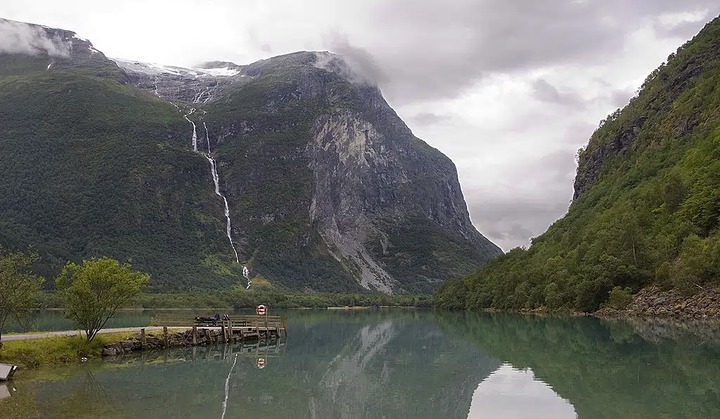 Pu’uka’oku Falls is one of the two waterfalls on this list located on Molokai island, Hawaii. It is usually listed around eighth on the list of the tallest waterfalls in the world. It is on the northern coast of the island and is not the easiest waterfall to access on this list. 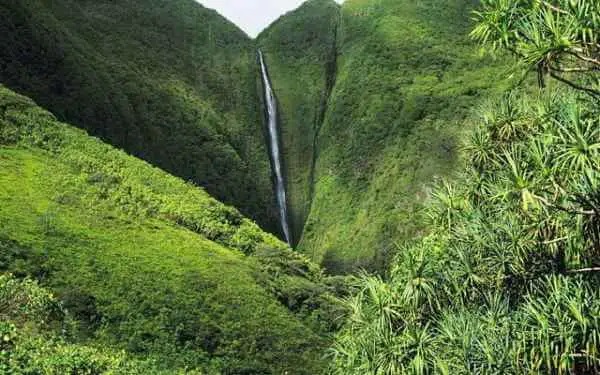 Balåifossen falls is one of the tallest waterfalls in Norway and in the world. It is tall and thin, with a few tiers. It’s located south of Osa in the municipality Ulvik. This waterfall is not as striking as some of the others on this list but it is commonly cited within the top ten tallest. 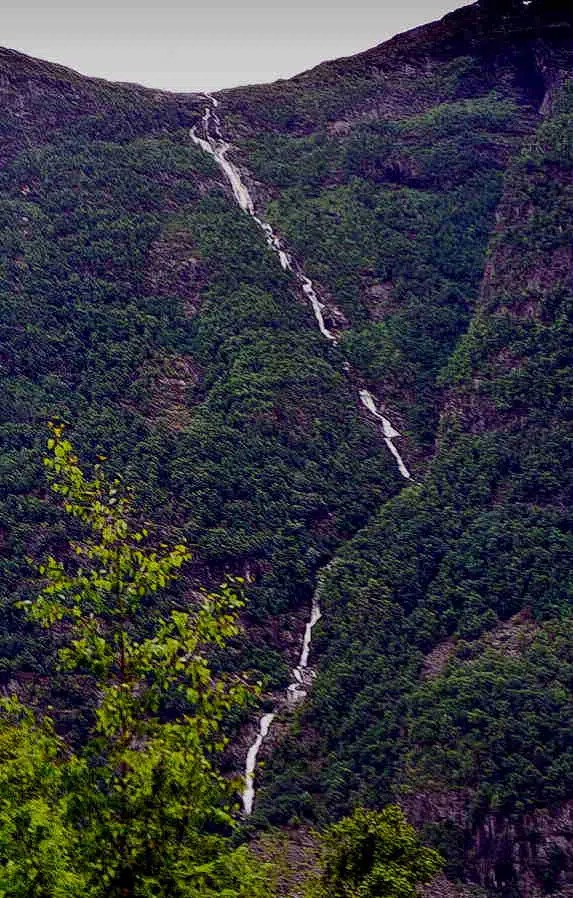 Vinnufossen is one of Norway’s most beautiful waterfalls, it is also one of the tallest. It is commonly cited as the tallest waterfall in the world, breaking four times into tiers throughout its height. The falls are fed by the Vinnufonna glacier. 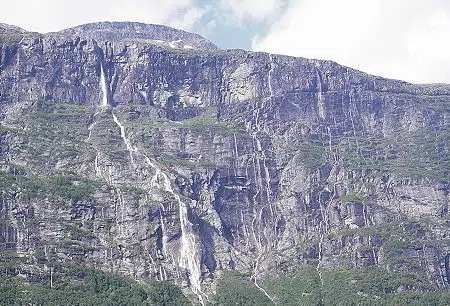 This waterfall is located near Cuispes in the region of Amazonas. It is sometimes ranked as the fifth tallest waterfall in the world. There are a total of four drops throughout its height. The waterfall is ruled by a stream emerging from Caverna San Francisco, a cave. The area around the waterfall is extremely forested, featured many interesting flora and fauna, such as the Andean cock-of-the-rock. 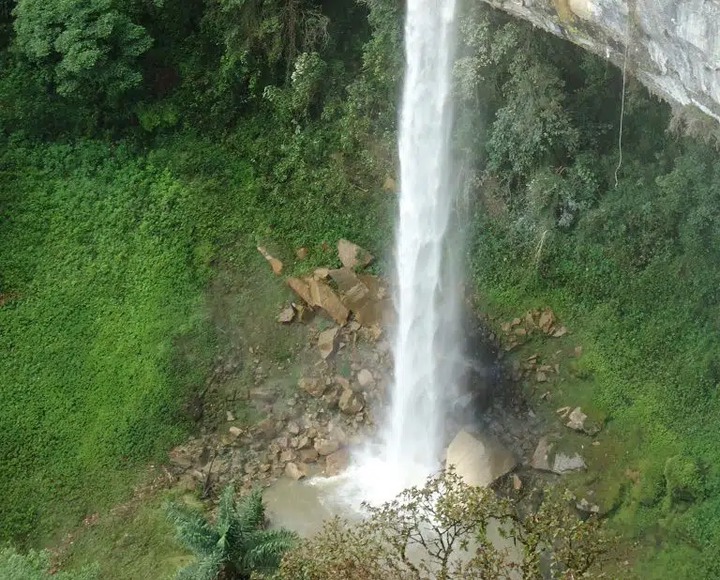 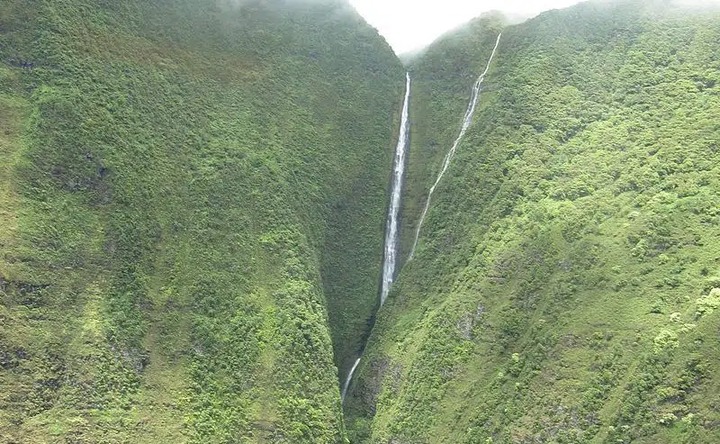 The Cataratas las Tres Hermanas has three tiers to it

This waterfall is sometimes listed as the second or third tallest in the world. It is located near the fork in the Cutivireni River. It has three drops, inspiring its name, “Three Sisters.” The waterfall is in Otishi National Park. 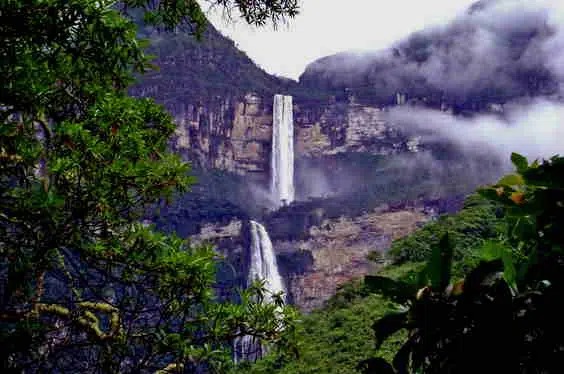 Tugela Falls is a seasonal waterfall in the Royal Natal National Park in KwaZulu-Natal Province, South Africa. Its longest single drop is 1,348 ft or 411m. Depending on the list, this waterfall ranks at different levels as its single tallest drop does not put it towards the top of some rankings. Some even place this waterfall above Angel Falls in Venezuela. It has a total of five drops. It’s easy to visit this waterfall as it is visible from the side of the road. 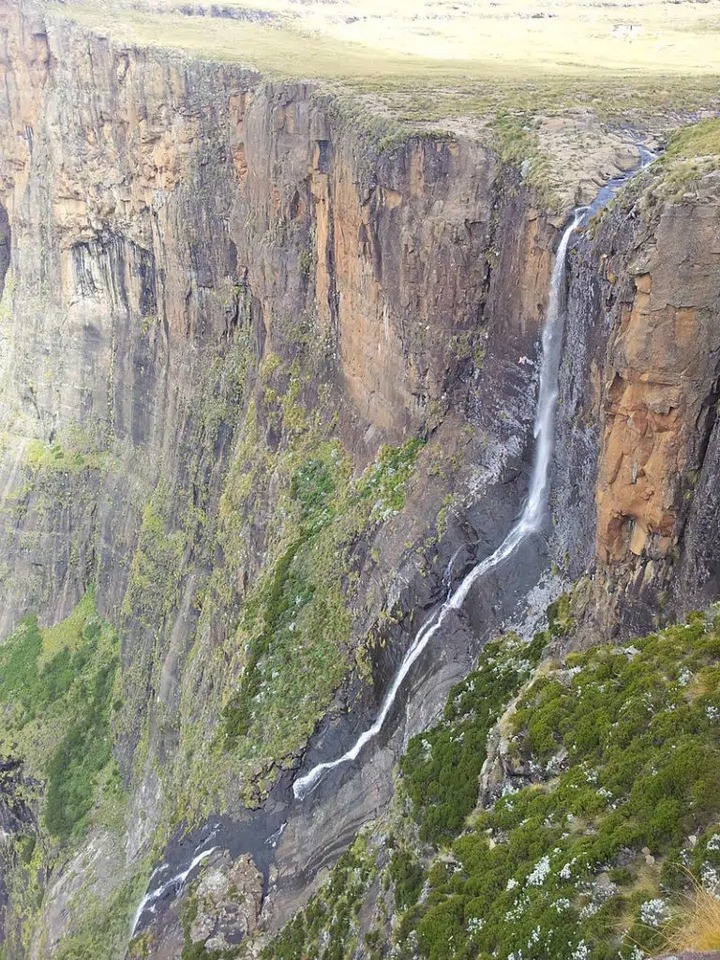 Angel Falls is generally considered to be the world’s tallest uninterrupted waterfall. It is a beautiful sight to behold, measuring an incredibly 3,212ft. The water rushes over the top of Auyán-tepui mountain in Canada National Park. It has been named a UNESCO World Heritage Site.

The waterfall is located in a fork of the Río Kerepacupai Merú, flowing into the Churún River. The common name, Angel Falls, comes from Jimmie Angel, the first person to fly over the cascade. Of interest in regard to the falls’ naming is the fact that Angel attempted to land his monoplane on top of the mountain but it sank into the marshy ground. He descended, along with his wife and three companions, taking eleven days to get back to a town.

The Spanish and Pemon names for the falls are Salto Ángel and Kerepakupai Merú. The latter means “waterfall of the deepest place.” It’s also sometimes called Parakupá Vená meaning “the fall from the highest point,” according to Wikipedia. 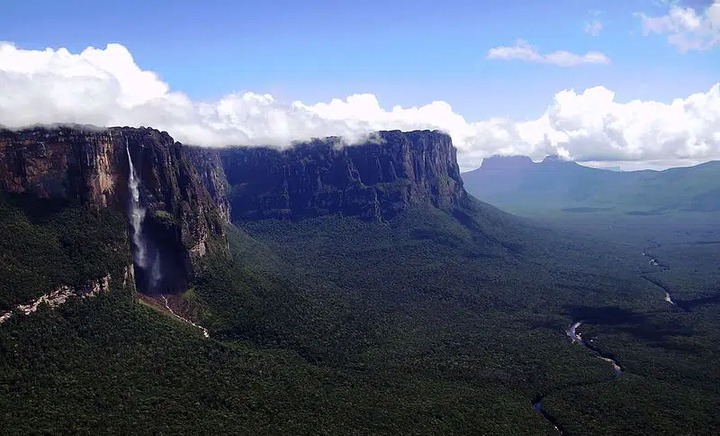 How to Plant, Grow, and Harvest Avocados

Pirates are having second thoughts about their loaned star