Top 10 Most Expensive Luxury Yachts in the World

The number 10 is the $210 million Lady Moura whose owner is Nasser Al-Rashid, an affluent Saudi Arabian businessman. It was built 28 years ago by Blohm + Voss Shipyards. The extravagance of the luxurious yacht starts with its flamboyant name whose letters are made of pure gold! Yes, a 24- carat gold! But wait, there is more to this golden name than meets the eye. Lady Moura boasts a beautiful swimming pool, a folding roof, a chopper and the posh dining room table by Viscount Linley. But the most prominent feature of Lady Moura is, undoubtedly, its unique design that is distinctly Saudi Arabian. 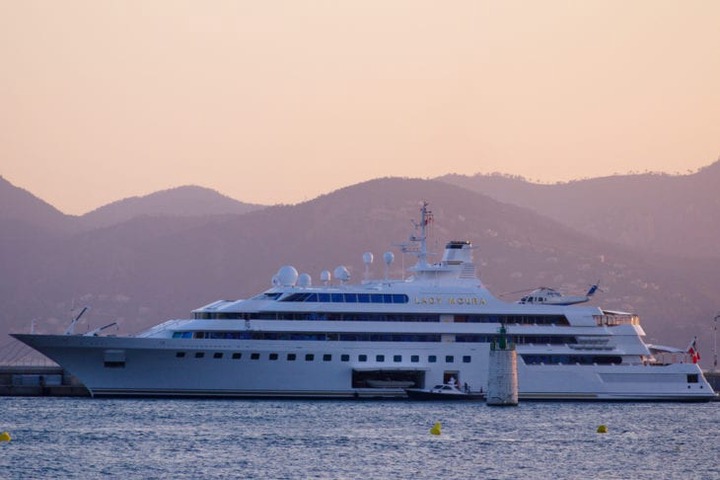 At number nine is the $250 million Al Mirqab. This luxury yacht is owned by no less than the Prime Minister and Foreign Minister of the rich, tiny Gulf State, Qatar. Hamad Bin Jaber Al- Thani had his yacht custom-made by Germany’s Peters Schiffbau Wewelsfleth. It is not only one of the world’s largest luxury liners, it was also the world’s second most beautiful in 2008 after its completion. Al-Mirqab has two VIP rooms exclusively for him. Likewise, it has ten suites, each complete with bathroom, a luxurious living room and double bedroom. It can house 24 guests. 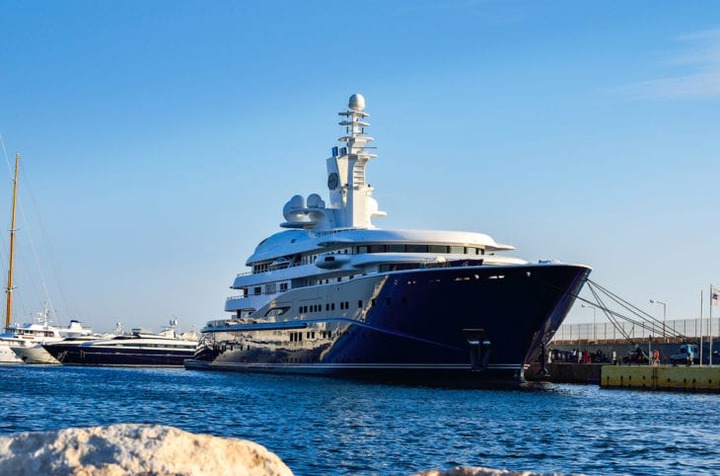 The 8th spot goes to the Dilbar superyacht, a $250 million luxury liner owned by the oligarch Alisher Usmanov of Russia. This classy liner was built by Lurssen Yachts in 2008. The name Dilbar is actually the oligarch’s mother. At a gigantic size of 360.89 feet, it is one of the world’s largest yachts. 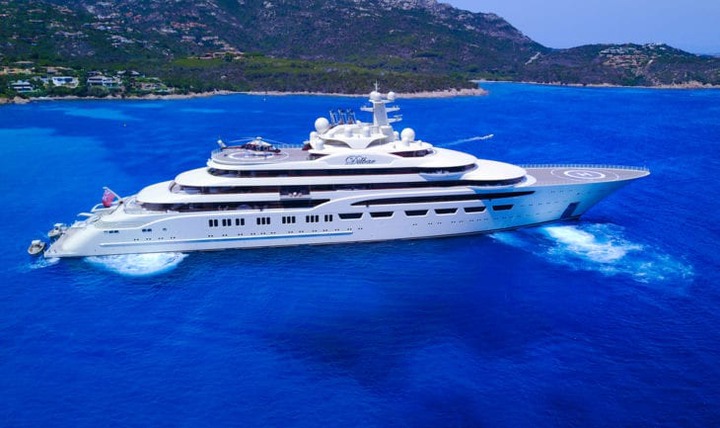 At seventh spot is also one of the largest boats in the world- the $300 million worth Al Said. This extravagant yacht is owned by the Sultan of Oman, Qaboos Bin Said Al Said, from whose name is also derived from. 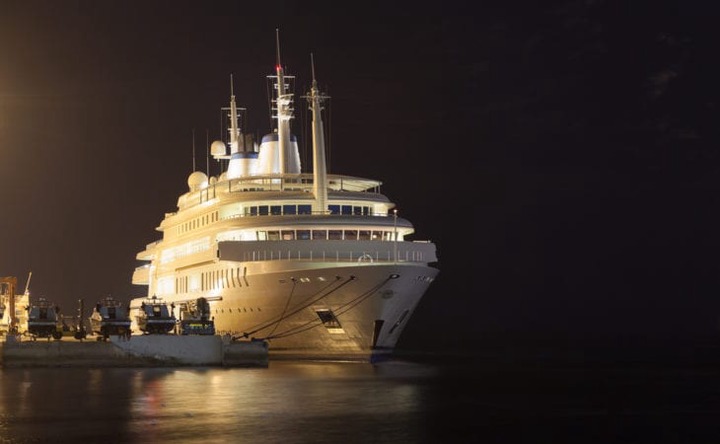 The sixth most luxurious yacht is the $323 million Motor Yacht A. The huge superyacht that is 400-feet long evokes a design of stealth warship owned by the Russian billionaire couple Andrey and Aleksandra Melnichenko. Without doubt, Motor Yacht A is a symbol of extravagance. Made and designed by Blohm + Voss of Hamburg, it boasts a master’s bedroom and disco at a huge area of 2,500 square feet. The boat’s interior, with mirrored walls, spans 24,000 square feet, large enough to accomodate six guest suites that are convertible to staterooms.

The name itself already repesents extravagance. This $350 million luxury liner is the fifth most expensive yacht in the world. It is owned by no less than the Emir of Dubai, His Royal Highness Sheik Mohammed Rashid al- Maaktoum. He also had the most contribution in the design of its interior. 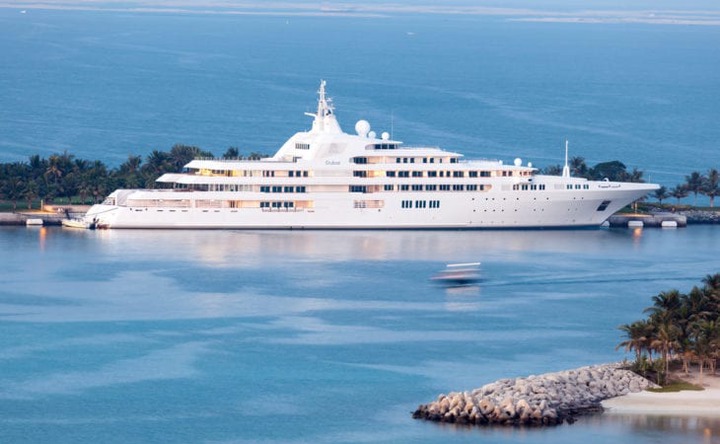 Azzam, which was described by its manufacturer, Lurssen Yachts, as “the most complex and challenging yacht that has ever been built” is owned by Sheikh Khalifa bin Zayed al-Nayan, the President the United Arab Emirates who is also the Emir of Abu Dhabi, the UAE’s capital. 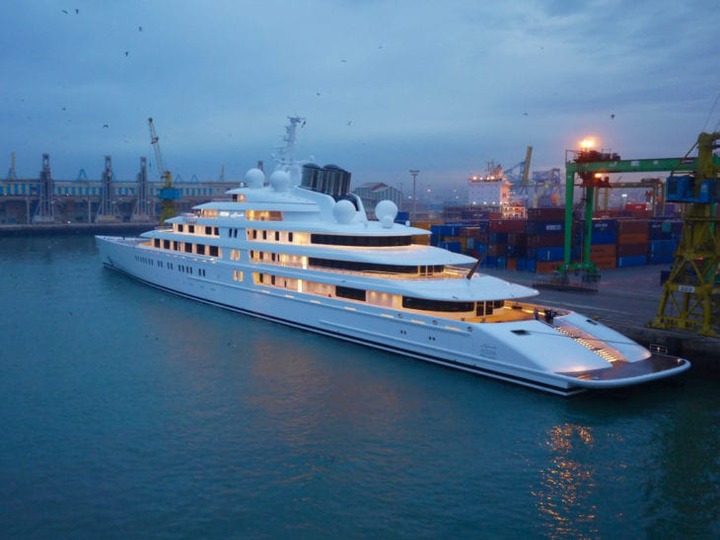 What about seeing a floating miniature of the beautiful Monaco cruising the Mediterranean Sea? Well, that is not impossible because the third most expensive luxury yacht in the world is the $1.1 billion Streets of Monaco. Well, it may not actually be the whole city but the street of Monte Carlo, from which it is patterned, represents all of the opulence that Monaco possesses. Everything, from Hotel de Paris and Loews Hotel to Cafe de Paris, Monte Carlo Casino and the racetrack, were replicated in this gigantic boat that spans 500 feet. Crafted by Yacht Island Design of Derbyshire Country England, the superyacht prides itself of having a tennis court and lovely swimming pools. Guests will get a feel of the sophisticated ambience of the best hotels of Monaco.

Russian billionaire Roman Abramovich owns the Eclipse, which is said to cost from $800,000 to $1.5 billion. It is ranked as the second most expensive yacht in the world, second only to History Supreme. Made by Blohm and Voss of Hamburg, the superyacht’s colossal size of 536 feet long is of great advantage for the boasts many advance features. One of the most unique and stunning features of the Eclipse is its built-in security system that is capable of detecting unwanted visitors, an anti-paparazzi shield that will not allow the photographers to take photos, a missile defense system and bulletproof windows. 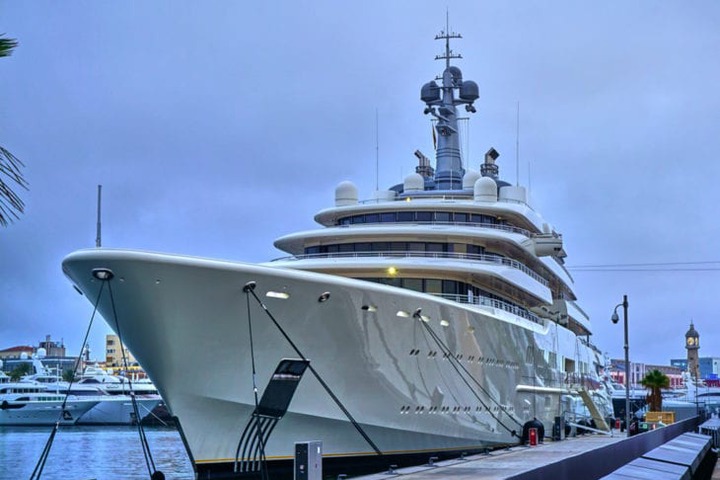 Opulence is simply defined as History Supreme! At $4.5 billion, it is the world’s most expensive yacht! It may be relatively small in size at 100 feet, but it took the makers, Stuart Hughes of the UK, three years to finish. This symbol of wealth and lavishness was acquired by an unnamed wealthy businessman from the Far East, a Malaysian.

These 2 Things Are The Main Reasons For Sinus Inflammation.

Check out the pictures of Lady Zamar in real life