Trees are like technology to the people of eSwatini, they make life easier; offering luck and protection and serving as a medium of communication to the spirit world. King Mswati’s father loved to sit under one tree in Mafutseni, to this day, that tree is like a part of eSwatini’s heritage. Nobody can cut it down without the permission of royalty. Indeed, the taxpayer in eSwatini knows the importance of trees after having to fork out extra millions to make a road go all the way around the tree. 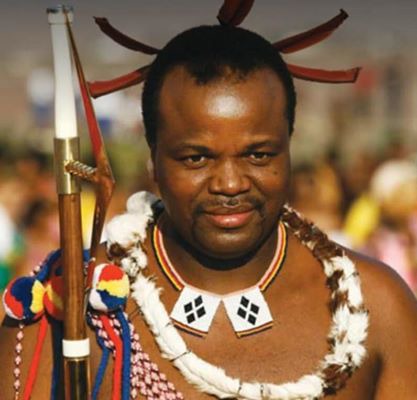 While staying at Etjeni Royal Residence, His Majesty’s subjects brought a special tree to surround the house with. This tree is one kind of Acacia (probably Acacia Swazica) and was meant to act as a protective charm against all harm. As if that wasn’t enough, the acacia; known in eSwatini as lugagane is a symbol of kingship to come.

Many are the charms that royals use, many are the talismans that offer protection. His Majesty the king gives an annual sermon at one of his palaces but he doesn’t preach the word of the ancestors; he preaches the Holy Christian Bible. On that royal pulpit, His Majesty doesn’t quote the scripture of the Swazi Traditional Religion (which is yet to be published as the Book of Mandvulo according to The Witchdoctors Association of eSwatini). King Mswati quotes the old and new testament, and he has a praise team singing Christian songs to welcome him on stage and usher him off at this annual sermon. Her Royal highness the Queen LaMbikiza (Inkhosikati LaMbikiza) is a major champion of the church, even going as far as supporting gospel artists now and again. 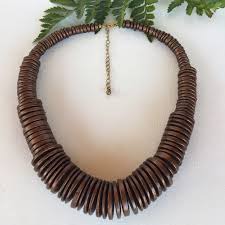 It is very confusing navigating your spirituality as a liSwati because even though it is a Christian country, you still have to honor the ways of the forefathers. The very same monarchy that celebrates the Marula (emaganu) season by having alcoholic drinks prepared is the same country where Islam and Judaism aren’t part of the Religious Studies curriculum. As a bona fide liSwati, you must respect certain trees and plants and use them with care and in moderation. Some trees can only be used by royalty, that’s how serious the issue of trees is in eSwatini.

It reminds one of Ancient Egypt, where certain things were reserved only for royalty. You could only eat meat on special occasions as a commoner in Ancient Egypt. After living for with his mom and a caretaker for three months after birth, His Royal Highness went to live at sigodlo; the home of the King Sobhuza’s wives. To mark this occasion, King Mswati’s mother was given ematinta, special wooden pegs cut from sacred trees and turned into a necklace. This accessory can only be worn by royalty and they’re meant to protect the Queen Mother and her son from danger. Queen Ntombi is said to have worn ematinta until she stopped breastfeeding. 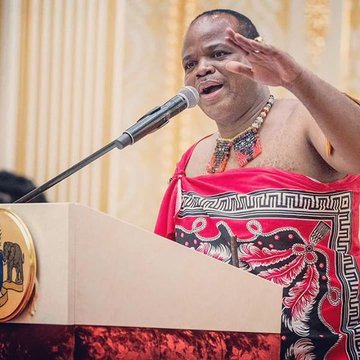 Do you think the king and his mother are still protected by ornaments? Is it okay for Christians to rely on charms for protection and fortune? Do you know of anything similar in your country? Don’t protect those thoughts, comment, like, share and FOLLOW FOR EVRYTHING ESWATINI!