By Daily_Sports_News (self media writer) | 2 years ago 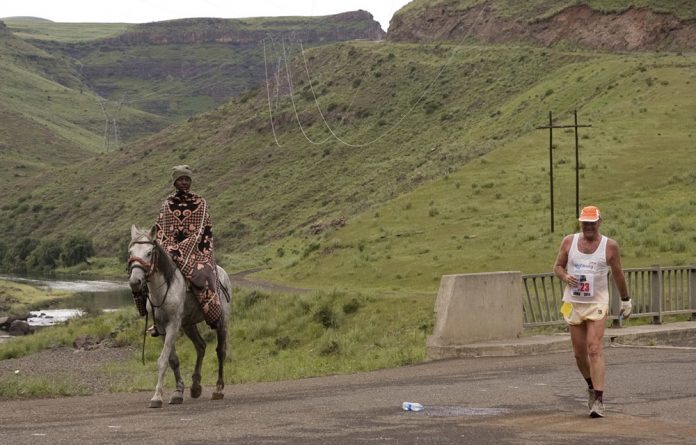 On Saturday the prime minister of Lesotho, Thomas Thabane, fled the country amidst claims of a coup in the small southern African kingdom. The bizarre coup left everyone guessing as to whether or not it had in fact occurred – the army denied staging it but Thabane nevertheless hightailed it out of the country. A curious event in an equally curious country.

Even though Lesotho has one of the highest HIV rates in the world, a life expectancy of 48 years and a poverty rate so high that it has some people calling it a “fourth world country”, the tiny country has some sparks of brilliance and quirky qualities that make it stand out on the continent:

For starters, the kingdom is part of an international experiment “Dolen Cymru”, also known as the “Wales Lesotho Link”. In March 1985, Wales and Lesotho established the world’s first nation-to-nation twinning. The mission of the twinning was to promote friendship and understanding between the people of Lesotho and Wales. This unusual relationship was born out of the 1984 Ethiopian famine that left people in Wales feeling like they wanted to respond to need in Africa in a different way, instead of just aid. Lesotho was chosen because of its similarities to Wales in size, landscape, bilingualism and cultural heritage. Since then there have been a considerable number of formal “linking” projects between the two countries, bringing benefits to both. For example, over 130 schools are now linked throughout Wales and Lesotho, allowing for reciprocal visits between teachers and pupils and facilitating exchanges on teaching practices. Numerous placements for medical students from Wales at hospitals in Lesotho were facilitated, with reciprocal training for Lesotho health staff in Wales – a valuable opportunity for the country considering that there is only one physician for every 17 000 individuals in the country. Many Welsh organisations have also been involved in raising money for different projects in Lesotho.

Lesotho also has a mountainous topography similar to Wales’s. In fact, the country’s geography is particularly unique earning it the title of Africa’s “Kingdom in the sky” – it is the only country in the world to be entirely above 1 000m in elevation and it has the highest lowest point in the entire world at 1 400m. Lesotho also boasts 300 days of sunshine.

With high altitude comes high weather extremes and Lesotho has managed to cash in on this – it has one of only two ski resorts on the African continent – “AfriSki”. Situated high up in Lesotho’s Maluti Mountains, AfriSki has established itself as a top snow-sport destination, every year attracting thousands of skiers and snowboarders.

For several decades, Lesotho has acted as a labour reserve – a country of male migrant workers who service the South African mining industry. Today, the profile of migrants has changed significantly but young men and women are still migrating to South Africa for work at a high rate – out of a population of approximately two-million, 240 000 are estimated to be outside the country. As a result it is ranked among the top four countries across the globe receiving remittances that exceed Foreign Direct Investment and Official Development Assistance – in 2012 it accounted for 25% of the gross domestic product.

It may be one of the smallest countries in Africa, but it has a dinosaur named after it – the Lesothosaurus. This dinosaur evolved over 200-million years ago in what is now southern Africa. It was 1m long, bipedal and a plant-eater. Since early fossils of the dinosaur were uncovered in Lesotho, it was given its name, which means “lizard from Lesotho” by paleontologist Peter Galton in 1978.

The Lesotho textile industry is one of the largest in sub-Saharan Africa, and it is the largest sub-Saharan African exporter of garments to the United States. About 80% of Lesotho’s textile and garment exports go to the US and exports to the US for 2008 amounted to $340-million. One of Lesotho’s textile plants even supplies jeans for Levi Strauss and Gap.

Lesotho has practically 100% renewable electricity, thanks to the Lesotho Highlands Water Project. The network of dams exports water to South Africa, and provides almost all of Lesotho’s power needs through hydroelectric energy along the way.

Woman's Body Repatriated From China After 11 Weeks. See Why The Chinese Were Refusing To Release Her

“Tell Ramaphosa That His Boss is Gone, And he is Next” — Dlamini Marshall Says

ARREST BREWING? Check who is on the way to lay charges against Bheki Cele

10 totally unimaginable things that were found under water. I still can't believe it

The Strangest Airports in the World Today