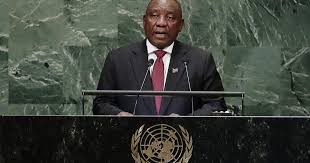 President Ramaphosa believes the Omicron variant epidemic should serve as a reminder to the globe that vaccination inequality cannot be tolerated.

"We are appalled by numerous countries' decision to impose travel restrictions on a number of Southern African countries, including our own.

Rather than restricting travel, the world's wealthy countries should encourage efforts by developing countries - economies - to obtain and manufacture sufficient vaccine doses for their citizens." According to South African President Cyril Ramaphosa.

Dr Edwin Dikoli, Botswana's Minister of Health, believes that there are many more effective ways to address this issue than by using it to stigmatize southern African countries.

"We were worried by what appeared to be attempts to stigmatize the variation and the country in which it was discovered. In this scenario, detection was interpreted as origination, which should not be a problem, even if the variant originated in Botswana. The issue should be the presence of the disease, which would compel everyone to do all necessary to prevent its spread. 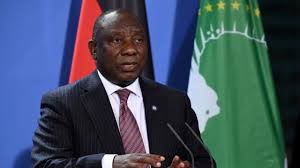 Ninety percent of new Omicron variant cases have been discovered in Hatfield province. The new type is thought to be responsible for the outbreak's rapid spread. South Africans have received vaccinations at a rate of 24.1%.

Certain teenagers are fearful of the new version. "Every time I ride public transportation, I'm terrified."

"We have no idea what to anticipate." The fear is that the epidemic may resurface, this time with a stronger virus."

European Union member states agreed on Friday to temporarily halt travel to southern African countries in response to the spread of a new coronavirus type.

South Africa, Namibia, Lesotho, Botswana, Eswatini, and Zimbabwe are among the countries covered by the embargo.

According to the European Center for Disease Prevention and Control, there is a "high to extremely high" probability that the new type may spread throughout Europe.

The World Health Organization asked countries worldwide on Sunday not to impose flight bans on countries in southern Africa in response to concerns about the new omicron type.