Top 10 Most Spiritual Sites in the World

An experience of a lifetime to travel in those places where religious practices and beliefs exist. Its serene and breathtaking views warm the core of one’s soul may you be a believer or not.

Visiting these places requires you to know the rules so as to keep the utmost respect and practices that these places have. Some needs you to cover one’s head and some not, to give an offer or not to leave anything at all. Watching those devotees and how they interact with the sacred tombs, grottos, pagodas, or waterfalls may give you not just a great insight of their culture but it might just make you check or question your own.

It doesn’t matter where you will travel, you will find out about the human’s own approach to interpreting this multifarious, wonderful world. Either the Ancient Greeks finding their gods on top of Mount Olympus or the people of Easter Island moving huge rocks for safeguarding their distant Pacific outcrop or Maori’s developing mythology that’s suitable for New Zealand’s terrain.

Through travelling, you will be able to experience the interpretations primarily. Explore the spectacular, at times hostile surroundings which these beliefs may have developed and begin to understand more of those who believed.

Either we accept or not that Buddha truly made that mark on the rock or that God truly appeared on the burning bush, we cannot disregard other’s acceptance. With the presence of faith, it uplifts the spiritual places, creating them more of just a mere tree or stone. When you go to these places, maybe, just maybe you might be able to find religion. Or maybe not.

A deep hole was left flooded which became Crater Lake when the top of Mount Mazama was blown way back 8000 years. As stated by Native American (Klamath), a fight erupts between Skell (Chief of Above) and Llao (Chief of Below World) causing damage. With which story that you prefer, the aftermath landscape is really legendary. They perform a tight vision quest in here, but simply you can follow the trail towards water’s edge. Sail to the Wizard Island, a formed cinder cone during the ancient eruption – and or maybe it’s head of Llao. 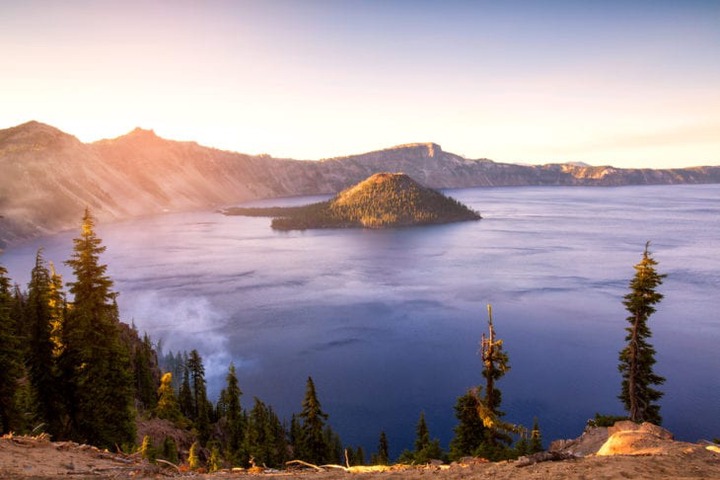 A dented rock sits at the top of the pyramid peak, in the midst of the tea country – known as sri pada, or the “sacred footprint”. The believers of different religions make a stiff climb in order for them to worship at the holy heel, which depends on their faith – perhaps can be the mark of Shiva, Adam, Saint Thomas or Buddha. The pilgrim’s route leads up a 2,244m mountain along shrines, tea estates, steep steps, a forest filled with wildlife and long drops. Make the climb to have a view of devotees giving offerings and amazing highlands stretch out below. 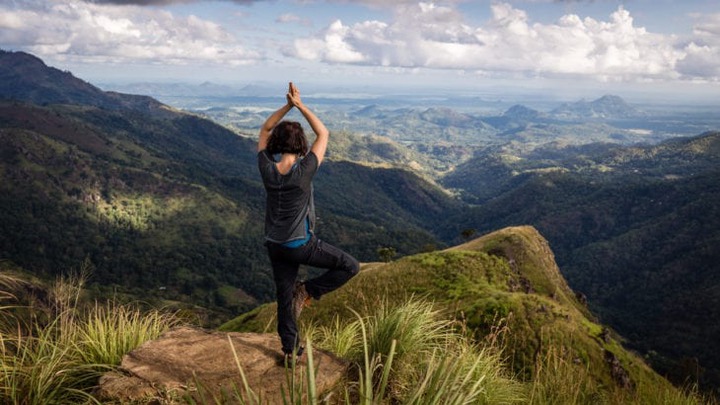 Mezquita is a Spanish term for mosque, and the Cordoban complex truly, is way more complex than mosque. During the eighth century, succeeding the Islamic conquest in Iberia, the basilica was divided and was shared by Christians and Muslims. However, in 784 AD, a new magnificent mosque has begun constructing, with courtyard of orange-tree and a prayer hall with striped arches that seem infinite. During the 16th century, after it was reconquest by the Christians, Catholic cathedral was built inside; minaret was enclosed in bell tower. It resulted to clash of religions and architecture. However, this still one of the most striking structure in the world. 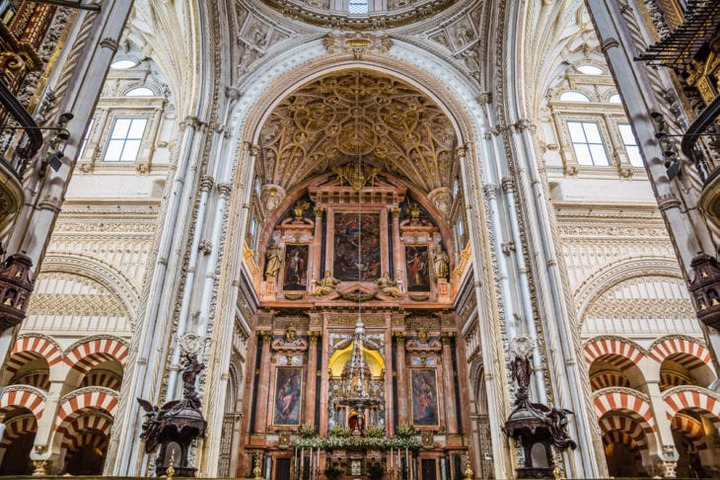 Kyoto was known previously as Heian-Kyo, “Capital of Tranquility and Peace”. It has been the center for the culture of Japanese for thousands of years – and still so until now. It has overflowing spiritual sites: 90 Christian churches, 400 Shinto shrines, and 1660 Buddhist temples dot on the ancient lanes. The Fushimi Inari Shrine and the captivating trail on red torii, at the hill on the vicinity of Kyoto is a nice spot to achieve the overview of its spiritual city. 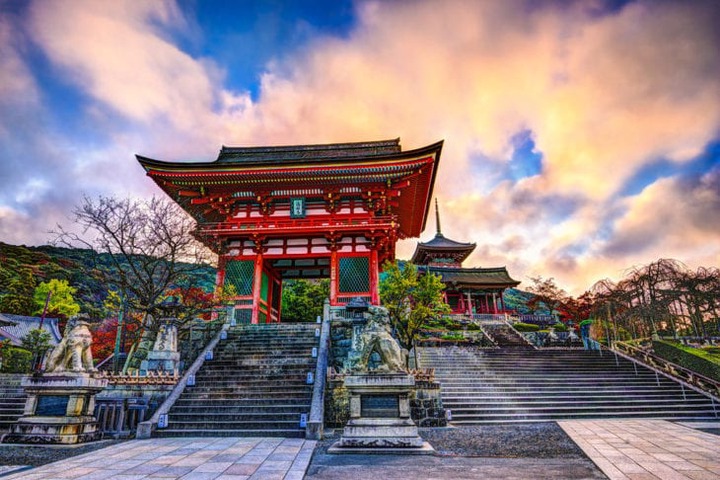 5. Peru and Bolivia – The Lake Titicaca

Glimmering at the altitude of 3,800m, this wide Lake Titicaca is central to birth of Inca civilization. King Manco Capac was the founder and is said that from the rock on Isla del Sol, he had emerged. As a result, the “Island of the sun” came to be a key religious center, and the pilgrims coming from across empire came in order to visit the shrines. At present, people sail across going to this island and walk only passing the flagstoned paths, tour at the temple ruins, dwell at the posada and enjoy those view of the snowcapped – Andes. 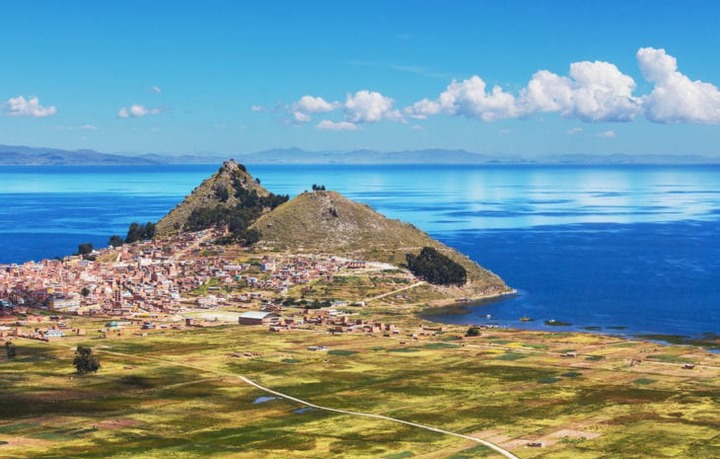 The archipelago of Haida Gwaii was occupied by the Haida people for about 8000 years. In the southwest, a village in S’Gang Gwaay was deserted in 1880’s and little by little the totem poles are being subsumed by with trees and moss, its decay expresses Haida’s connectedness on nature. This place is accessible only by boat, with not more than a dozen guests allowed. Tours are led by Haida Watchmen and as they tour along the old forest, they narrate the tales about the totems. 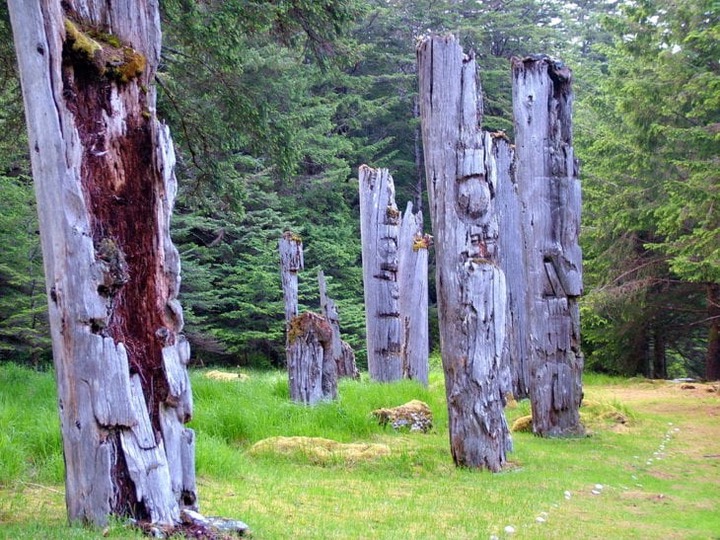 Located at the edge of Northland, wherein the Pacific Ocean and the Tasman Sea collide, the gnarled tree of pohutukawa tree that clutches at the edge of the cliff which sends souls below towards the underworld… as stated by Maori mythology, Cape Reinga – known also as Te Reigna Wairua, “leaping-off place of spirits” – a place where the dead departs, sliding down to the old tree and unite with goddess Hinenuitepo in afterlife. It is their connection with the ancestors for Maori people. But for the visitors, it’s a breathtaking place at the end of earth. 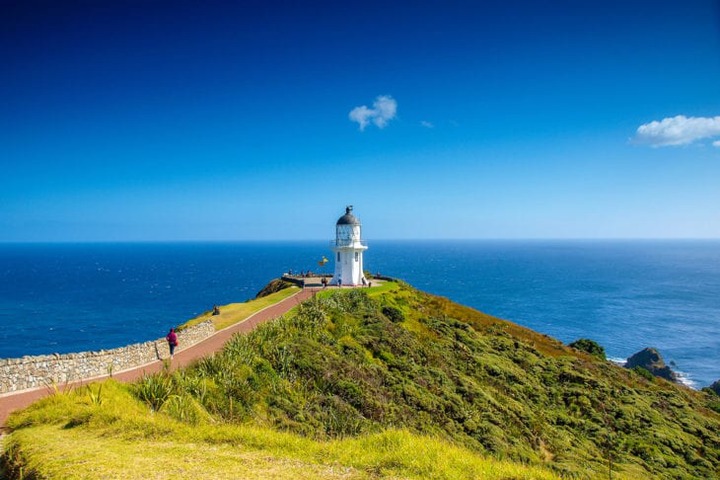 This place is dotted with peculiarity: the cutesy village that is divided by stone circle; a baffling sanctuary for the concentric rings; long barrows dating back to 3650 BC; the largest mound made by man in Europe and nobody knows what it’s for. Perhaps it was key Neolithic ritual site, a place where people can perform ceremonials and connects with the spirits and seasons. This connection still, however, is possible: In search of apparent ley lines, have to hire dowsing rods, touching the mighty sarsen stones or go to manor for a cream tea. 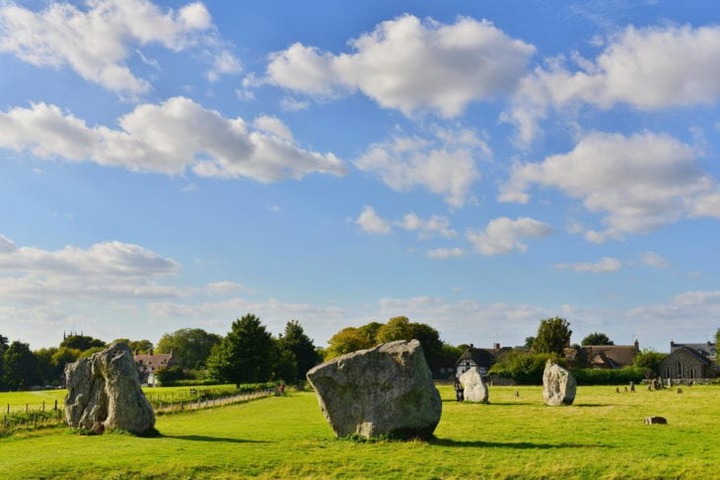 Kailash is more beyond a mountain with 6714m high on the western Tibet. A mandala, center of the universe, a source for Asia’s four great rivers, most revered with about billions of devotees – Bons, Jains, Hindus and Buddhists all regarded it sacred. The utmost test is to perform kora, circular pilgrimage all around its mountain with approximately 52km and scattered with yaks, the prayer flags & breathtaking views. The Buddhists believe it will absolve bad karma for one lifetime and with 108 koras would lead to full enlightenment. 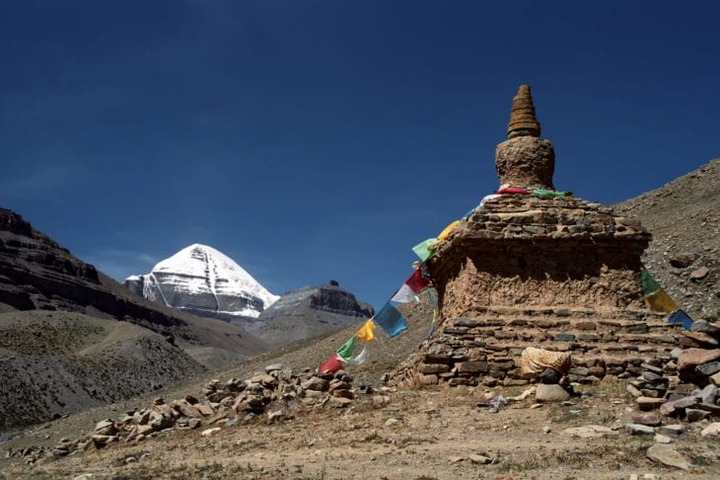 Martin Luther, a priest, and professor attached 95 theses to Wittenberg’s Schlosskirche (Castle Church) heavy doors in 1517 and changed the flow of history. His questioning document get started Protestant Reformation, the huge shake-up to a Christian world. Heavy metal door replaces the wooden doors. The church opens for tours, concerts and services. His tomb is located 289 steps up on round tower, there’s an inscription with a title of his hymns, to look over the groundbreaking medieval city. 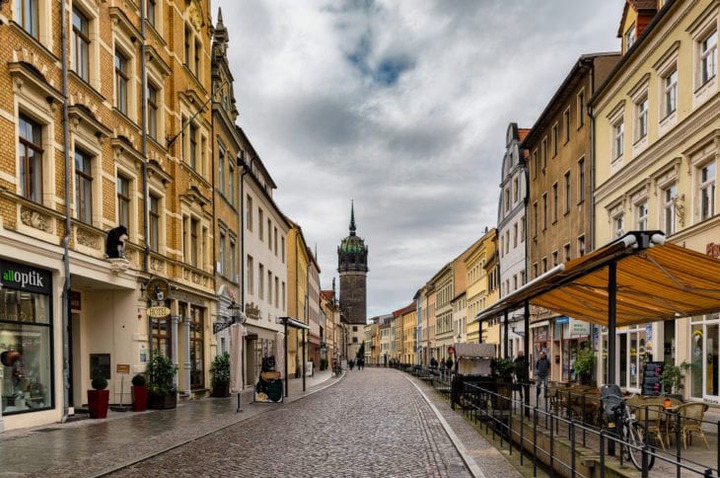