Built by French aircraft manufacturer Dassault Aviation, the Falcon 900 is a very speedy and efficient little jet. Its most notable design feature is perhaps the third, central S-duct engine, but it’s the less impressive winglets that do a lot of the work and significantly increase both the climb performance and the fuel efficiency.

Notably used to carry French officials, it is the private jet of choice for Swiss businessman Sergio Mantegazza, CEO of Globus Travel Group. 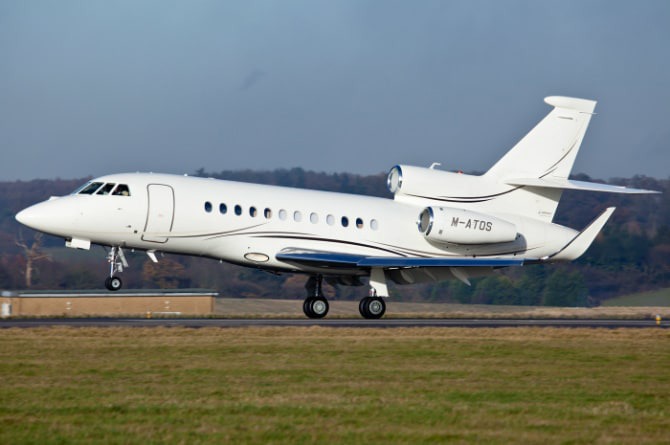 Part of the popular E-jet family of twin-engine airliners (mainly the E-190 model), the Lineage 1000 was launched as a private jet in 2006, with its first flight occurring a year later.

It is a remarkably spacious aircraft, thanks to a larger than usual fuselage cross section, with ample room for up to 19 passengers. All this space can be divided in up to 5 sections, including a bedroom, bathroom with running water, and a walk-in cargo area. It also comes with extra fuel tanks in the cargo hold, something which doubles its range when compared to the commercial version. 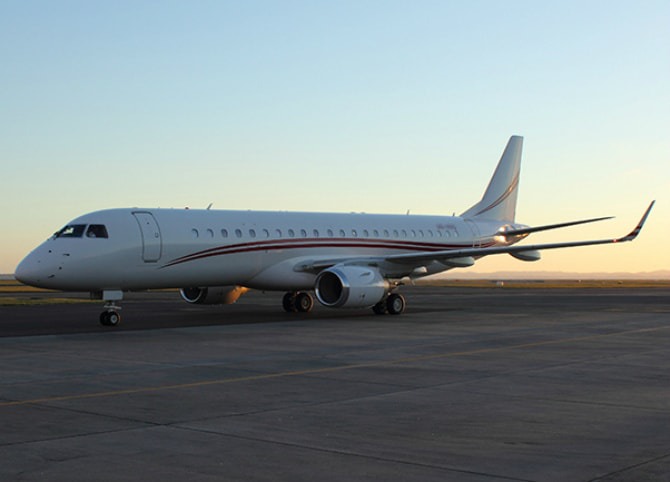 One of the things that make it such an appealing flying machine is the fact that it is highly technologically advanced. The first airplane to be fully designed on a computer, it is also the first fully fly-by-wire business jet, as well as the first of its series to offer winglets. The Falcon 7X can take off a steep angle and land also land slower, making it a lot safer in this situation.

All of this was sure to catch the eye of some of the richest people in the world, with none other than Bill Gates reportedly paying the $41 million price for one of these. 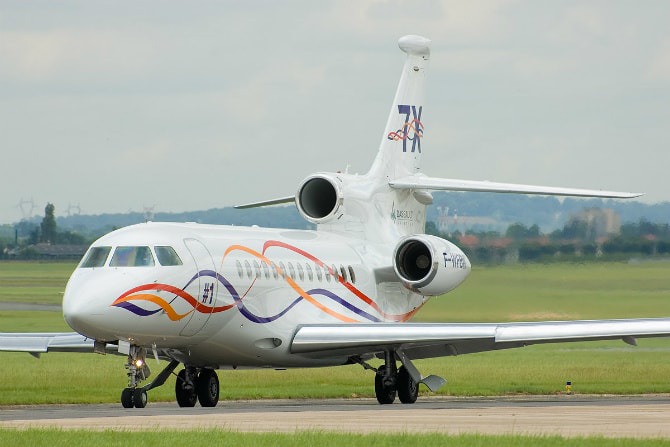 The term “global” isn’t in there just because it sounds good. This airplane has an impressive range of almost 6,000 miles, which basically allows it to travel between any two points on the planet without refueling. Adequate accommodations are required for such long trips, so the Global Express can be fitted with a galley, work stations, conference or dining area, bathroom, as well as stateroom with a fold out bed. 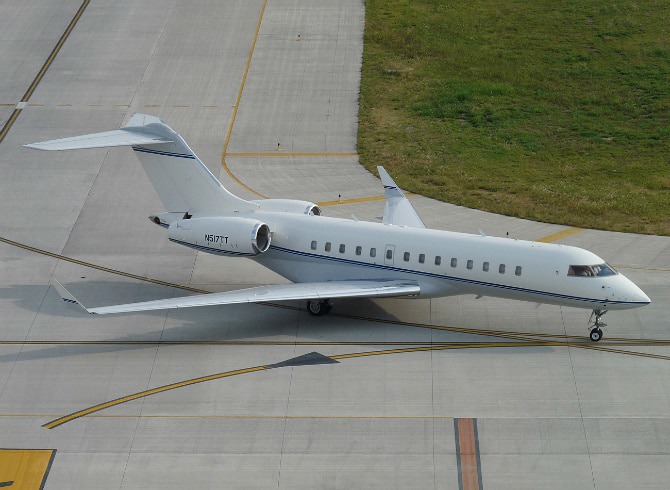 Based on the hugely successful 737, the Boeing Business Jet series is the American aerospace juggernaut’s corporate jet model.

One of these airplanes can accommodate between 25 and 50 passengers in an ambiance worthy of a swanky hotel. Flying at a top speed of 550 mph, it has a maximum range of over 7,100 miles and 3 to 5% improved fuel economy compared to the 737 (which, if you’re a private operator, even a very wealthy one, is quite significant). 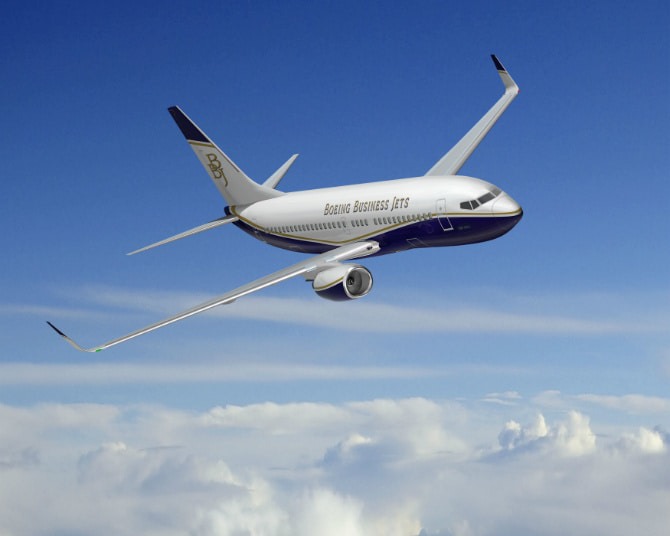 Gulfstream Aerospace Corporation is an American company that focuses solely on the design and manufacture of corporate jets and their flagship aircraft is the Gulfstream G650.

The distinction is fully warranted, with the G650 being the largest and fastest aircraft in the Gulfstream fleet, with a capacity of up to 18 passengers and a top speed of 610 mph. In fact, this aircraft is well-known for its numerous city-pair speed records it holds (42, last time we’ve checked), the most recent being for the distance between New-York and Mumbai. The capabilities of the G650 (which is priced at $65.5 million) have also been recognized with the granting of the Corporate Jet Investor Award for the best aircraft of 2014. 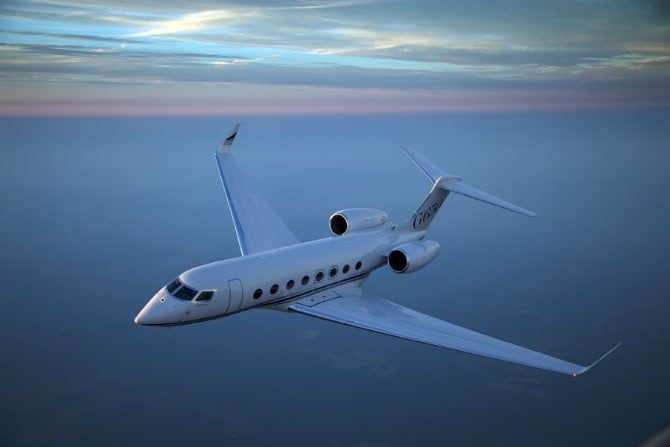 Part of the Airbus A320 family of narrow-body jet airliners, the A319 CJ is the range’s corporate jet model.

As always when it comes to these kinds of aircraft, range and fuel efficiency are just about as important as comfort, and the A319 CJ delivers what is expected of it. With four auxiliary fuel tanks, the airplane can fly almost 7,000 miles without interruption, taking up to 39 passengers basically anywhere in the world they need to be.

It is the aircraft of choice for businessmen (like Indian industrialist Vijay Mallya) and heads of state as well (Germany, Czech Republic, Armenia etc.). 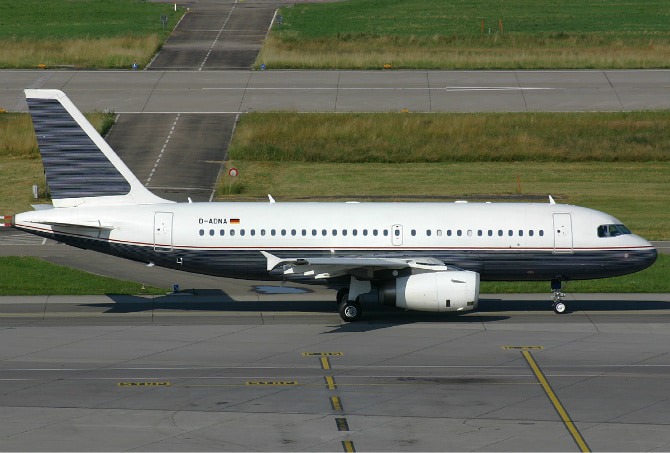 If you’ve traveled by air at least once or twice, chances are you’ve been on a Boeing 767. In service for over thirty years (during which over 1000 aircraft have been delivered), it is very well suited to carry a large number of passengers over long distances.

However what makes the tried and tested 767 popular with billionaires is its versatility: there are many variants of different sizes, with varying maximum ranges. This allows designers to really get creative with the interiors, something owners like Google co-founders Larry Page and Sergei Brin, or Russian businessman Roman Abramovich definitely appreciate. 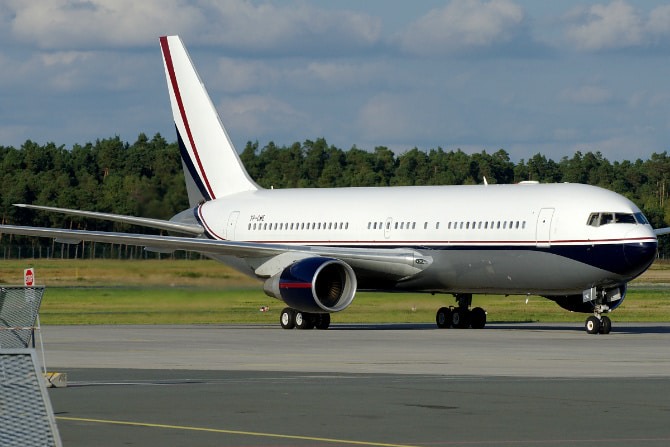 As you might have noticed, we’re in that part of the list where the private jets aren’t smaller, fuel efficient aircraft designed for businessmen who want to travel the world in comfort and on their own schedule. These jets are the playthings of billionaires with extremely deep pockets.

Hong Kong-based billionaire Joseph Lau was one of the first to order the appropriately named Boeing 787 Dreamliner, along with PC tycoon Michael Dell. Although using such a huge airplane for private travel might seem a little bit impractical (with a capacity of about 250 people, it needs a very long runway of 10,300 feet to take off), one can only dream of the interior customization possibilities – especially since we’re talking about people for whom money is no object. 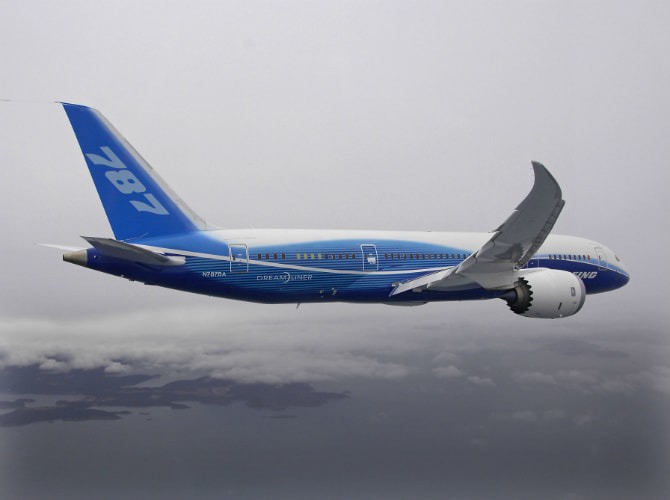 The Airbus A380 is the world’s largest passenger airliner and consequently the largest flying machine that money can buy. This makes it the purchase of choice for people who want their very own palace in the sky – people like Saudi prince Alwaleed bin Talal.

The airplane is priced at about $400 million, with customizations bumping the cost up over the half a billion mark. Prince bin Talal’s A380, for example, boasts a concert hall, a Turkish bath, a garage for a Rolls-Royce and even a prayer room with electronic mats which automatically rotate to face Mecca. 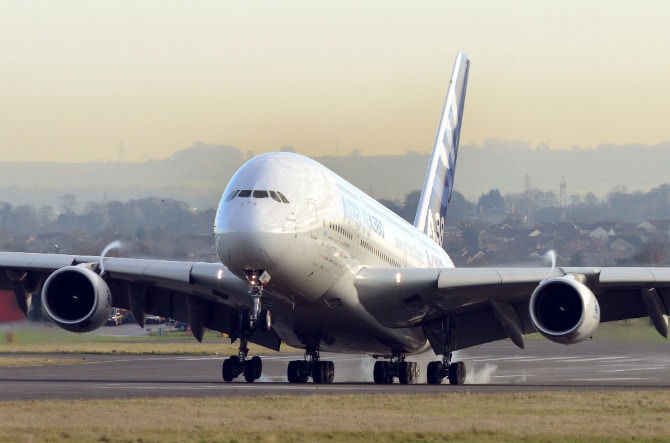