The Ultimate Travel Guide To Mali 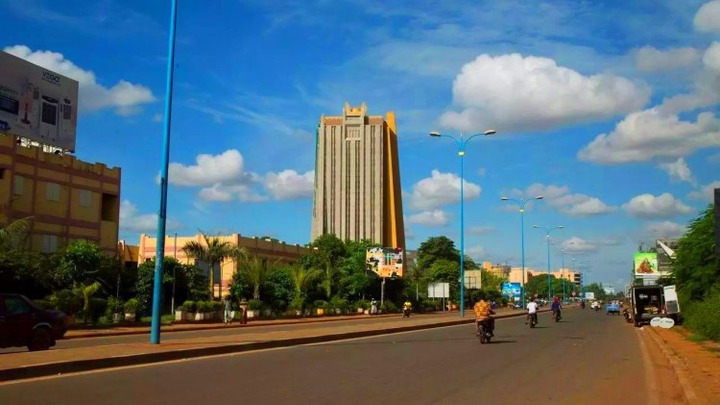 Mali in West Africa is one of the best destinations to visit in Africa, yet one of the most underrated countries in Africa’s tourism industry. This country has some of the most beautiful and unique attractions in Africa.

Tourists who visit Mali are mostly interested in the UNESCO world heritage sites in Mali, beautiful natural attractions, and warm people. If you’re about to travel to Mali Africa, this post is a must-read as it’s the ultimate travel guide to Mali. We cover a brief explanation of the recent history of Mali, things to do in Mali, and the best cities to visit in Mali.

Mansa Musa, was the tenth Mansa (a military title meaning”emperor”) of the Mali Empire, an Islamic West African state who lived during the 14th century. He has been described as the wealthiest individual in all human history.

Mansa Musa’s net worth has been valued by modern-day scholars to be around $400 to $415 billion in modern money. He inherited a kingdom that was already wealthy, but his work in expanding trade made Mali the wealthiest kingdom in Africa. His riches came from mining significant salt and gold deposits in the Mali kingdom. Elephant ivory was another major source of wealth.

Mansa Musa, like many other devout Mali rulers before and after, set off for a pilgrimage to Mecca, but when he arrived in Cairo in July of that year en route, he caused an absolute sensation. The king of Mali had given 50,000 gold dinars to the sultan of Egypt merely as a first-meeting gesture. While in Cairo, Mansa Musa met with the Sultan of Egypt, and his caravan spent and gave away so much gold that the overall value of gold decreased in Egypt for the next 12 years. Stories of his fabulous wealth even reached Europe.

Mali fell under French colonial rule in 1892 and was called ‘French Sudan’ until its independence. The colonization time left a lot of influences on Mali until today.

The Mali Federation gained independence from France on 20 June 1960 and could be called Mali again.

Mali has one of the youngest populations in the world with about half of the people being from 1-12 years old.

The dominant ethnic groups in Mali are Bambara, Fulani, and Sarakole. There’s also a small population of White who is descendants of European invaders who colonized Mali (mostly French).

Most Malians are Muslims while there is a small percentage of Christians and indigenous religions as well.

The sole official language in Mali is French. While most people in Mali can fluently communicate in French, the national language of Mali is Bambara with about 80% of the Malian people being either native Bambara speakers or fluent in it.

Things to do in Mali

Mali has been home to one of the most powerful empires in the world, the Mali Empire that has left a lot of fascinating historical sites including UNESCO World Heritage Sites in Mali. From Bamako City and Timbuktu to the Niger River and Dandan Waterfalls, you would never get bored in Mali Africa as there are countless precious things to do in Mali.

One of the best tours you can choose which covers most of the sightseeing places in Mali is done by Continent Tours. The tour is 8 days long and includes accommodation in a hotel as well as an expert guide, meals, transport and more.

The Great Mosque of Djenne (a large banco or adobe building) is one of the most famous landmarks in Africa, also considered as one of the greatest achievements of the Sudano-Sahelian architectural style.

The mosque is located in the city of Djenné, Mali, and has been constructed three times. The first one has been built in the 14th century, the second one between 1834 and 1836, and finally the third one In 1906, by the French administration in the town.

Unlike other historical monuments, the people of Djenne never wanted to modernize the mosque with electricity, the only modern technology being a loudspeaker system that has been incorporated into the structure. Once a year after the rainy season, the entire community comes together to carry out the maintenance of the mosque.

Niger River is the main river in West Africa, passing from Benin, Guinea, Mali, Niger, and Nigeria. The Niger takes one of the most unusual routes of any major river, a boomerang shape that baffled geographers for two centuries.

in Mali, the Niger River gets used as a transport route and, fishing source, and farming. Its waters provide the perfect frontage to many of Mali’s cities and towns and is a beautiful place for a photo op.

Sankoré Madrasah is one of three ancient centers of learning located in Timbuktu, Mali and It is believed to be established by Mansa Musa. As more and more Muslim scholars began to frequent the mosque, it began to accumulate a large collection of books which became an invaluable commodity throughout the city. The three mosques of Sankoré, Djinguereber, and Sidi Yahya compose the University of Timbuktu. ‘Madrasah’ means school/university in Arabic and also in other languages that have been influenced by Islam.

At 1,155 meters, Mount Hombori is the highest point in Mali. The mountain with an inaccessible tableland at the top is a significant archaeological site as it has several caves that were inhabited over 2,000 years ago. Mount Hombori is home to some animal species, namely reptiles and birds, but also some species of mammals including the rock hyrax and olive baboon. If you like to see one of the most beautiful mountains and landscapes in Africa, Mount Hombori is the right place to visit in Mali.

Being listed in the UNESCO World Heritage List in 1989, Bandiagara Escarpment is an escarpment in the Dogon country of Mali. The sandstone cliff rises about 500 meters above the lower sandy flats to the south and has a length of 150 kilometers. The area of the escarpment is inhabited by the Dogon people.

Bamako, the capital of Mali is also the largest city in Mali, as well as one of the largest cities in West Africa. Bamako City is a secret treasure in Africa that can educate you about Africa (Especially Mali itself) as a whole.

You can get more familiar with Mali history by visiting museums such as ‘Musee National de Bamako’, get the advantage of the beautiful nature near Bamako by visiting ‘Parc national du Mali’, or learn about Malians culture by surfing around the ‘Bamako Artisan Market’ or ‘Bamako City Centre Market’. If you like to get a feel of modern Mali, you should visit the ‘Orca shopping mall’. The time in Bamako goes faster than normal since the visitors are always busy experiencing something new.

Ségou Koro is a village, located about ten kilometers from Ségou, on the road to Bamako. During the 17th century, the Bambara people settled in this village, and Ségou Koro was officially founded by the Bambara dynasty. This village became the center of the ‘Bamana Empire’ and the kings developed it generation after generation.

Today the town in some ways conserves the tradition and architecture of the ancient city. The tomb of the founder of the dynasty Biton Mamary Coulibaly is located here. Three ancient mosques still stand tall in Segou Koro with the one on the riverbank more popular with visitors.

Sikasso is the second-largest city in Mali after the capital, Bamako. Home to more than 400,000 people, the population of Sikasso is growing faster than normal, mostly because of those who take refuge in this city from the violence in the neighboring country, Ivory Coast.

Because of its suitable soil and ideal weather, the main business in Sikasso is agriculture. Sikasso is known for its fruits (especially Mango), vegetables, mangoes, and also for a vibrant outdoor market, ‘Le Grand Marché de Sikasso’.

Wassoulou a cultural area renowned for the Wassoulou genre of music, is also located in the southwest corner of the Sikasso region.