Lady buys iPhone worth over R9,568 only to discover this after reaching home. 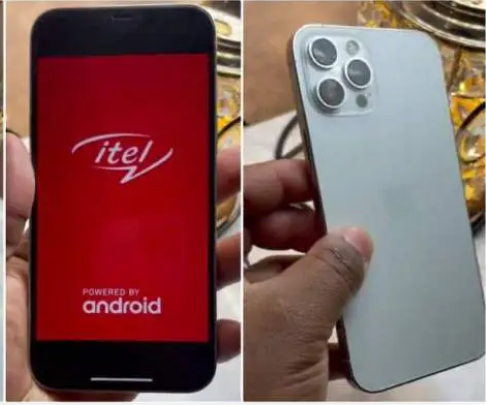 There are a variety of reasons why people choose iPhones over other phones, such as Android phones.

The iPhone devices communicate with one another in a smooth and simple manner. It is not necessary to download or install additional programs in order to link them together; simply signing into the devices with the same Apple ID would suffice. It is possible to exchange photos, emails, notes, and calendars among all of the devices. Additionally, you won't have to pay twice for applications, movies, or books because they will be available on all of your devices.

In addition, the isolated environment ensures the safety of its users. When devices, users, manufacturers, and app developers are all part of the same ecosystem, the operating environment is more secure than when they are not.

Android smartphones, on the other hand, are in a different scenario. Because several different manufacturers make phones and tablets that run the same operating system, it is impossible to provide a secure environment and that the devices can be used smoothly with one another.

It's only been a few hours after we reported on a Nigerian kid who was shortchanged when he was handed an Itel phone instead of an iPhone, and now a Kenyan woman has fallen victim to the same tactic.

According to numerous reports, the lady made the transaction at Luthuli Avenue (Nairobi) and left with the local money, which is equivalent to (R9,568.04) ₵4,000, only to discover that she had been handed an android phone in exchange for the local cash instead.

After turning on the phone, she discovered that it was a low-cost Chinese Itel phone, despite the iPhone branding on the back of it.

This follows on the heels of a young guy temporarily losing his mind when he was duped into believing he had purchased an iPhone 12.

In the video that has been making the rounds on the internet, the bemused man sits on the floor while studying a phony iPhone 12 that is running on an Android operating system.

He was at a loss for words since he couldn't believe he had lost a large sum of money in the blink of an eye to scammers at the famed Computer Village, a neighbourhood that has earned renown for its financial deception.

One can hear an older gentleman reminding him that he was advised not to go to the Computer Village in Ikeja to acquire a phone in the previous conversation.

Opinion: George Maluleka winning medals and getting paid big bucks just to sit on the bench