Soldiers are huddled over handheld controls in a muddy field outside of Kyiv, whispering to one another in a low voice about which way to point the drone that hums overhead. Oleksandr, 45, the director of the Dronarium training facility, stated that piloting a drone requires a special skill that is not learned through conventional military training. For a PlayStation player, it's simpler, Oleksandr, who cannot be identified by his full name because to security concerns, told The Telegraph. Each five-day training has between 30 and 35 troops enrolled, who were assigned to the facility by their military units. 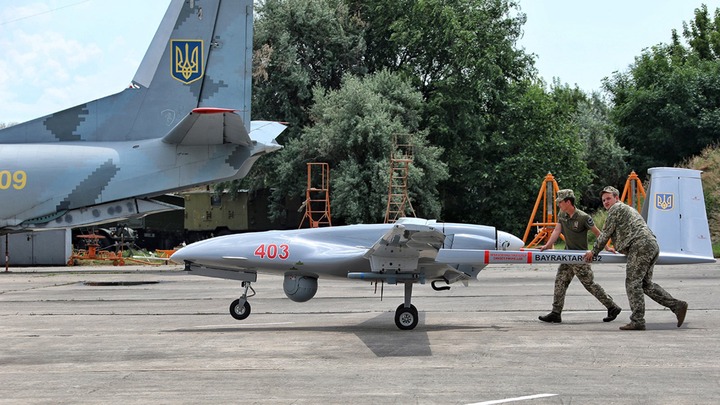 The soldiers use 15 various types of drones, each of which weighs no more than 250g (8.9oz), to fly them between a range of four and seven kilometers while they act out scenarios they would meet on the battlefield. The DJI Mavic Mini, Mavic Air, and Mavic Pro were among the drones. The gadgets can cost up to £1,700, despite not being the most recent models. The soldiers are divided into pairs and sent into the field while receiving "information" regarding military artefacts that have been found in a "nearby site." 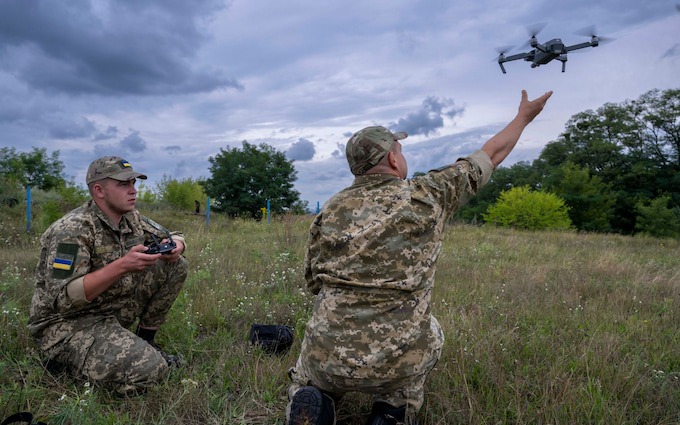 Their goal is to utilize a map to fly the drone to the assigned pinch point, take as many photos as they can to capture as much information as they can, and then fly the drone back without being seen. The operation is finished once they have informed their commander of the facts they have discovered. Oleksandr founded the training facility in the months that followed the conflict. It debuted in Lviv in April before opening a second location in Kyiv. The 45-year-old worked on his online international pet supply business before to the war. Eight years ago, he took a drone flying course and used it to record weddings and other events for a little extra cash. 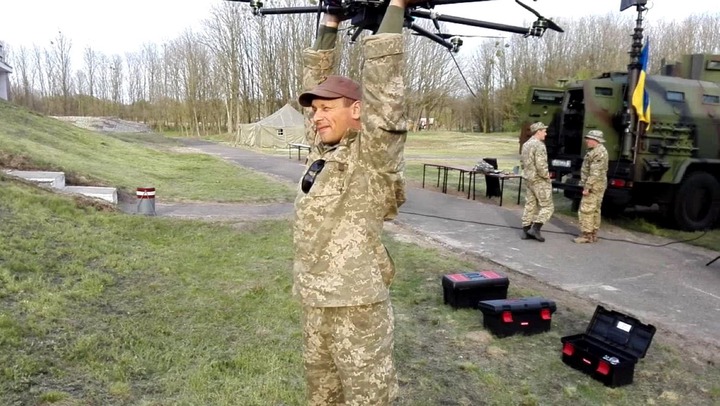 He never imagined that his side business would now aid his nation in its conflict with the Russians. However, the use of professional military drones by both Russia and Ukraine as their "eyes" on the battlefield has dominated the conflict in Ukraine. As a result, it is understandable why the military is looking to hire somebody with Oleksandr's level of experience. While Ukraine often uses its own fixed-wing observation drones, Leleka and Furia, as well as kamikaze drones like the American-made Switchblade and the Polish-supplied Warmate, Russia maintains a sizable fleet of Orlan-10 winged observation drones. 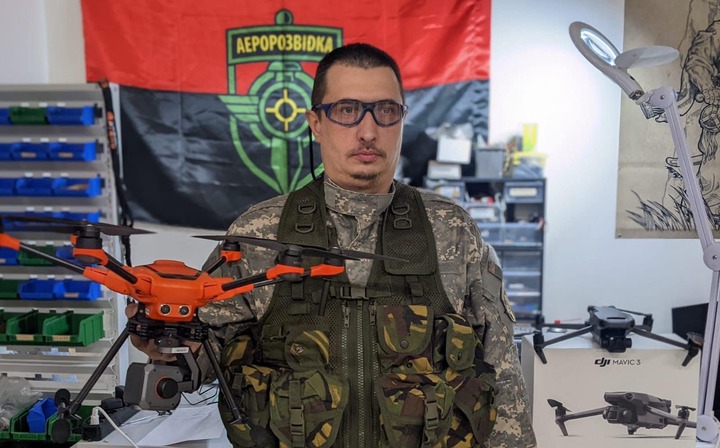 Additionally, Ukraine employs the Turkish-made Bayraktar TB2 armed drones, which were crucial in the destruction of Russian armored columns at the outset of the conflict. Oleksandr clarified, though, that many of the soldiers that visit his center have their own personal drones that they use for combat. "We realized drones were crucial during the conflict," he stated. However, a lot of soldiers were crashing them since they didn't know how to use their own drones. They currently serve as a center that trains soldiers to become pilots, and they want to do so "until the conflict is over." 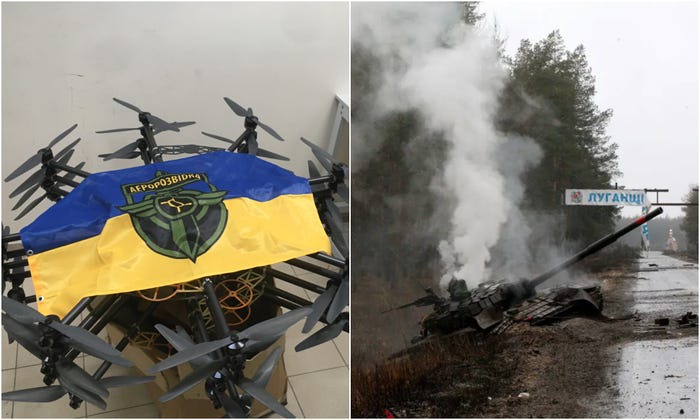 One of the senior instructors, Max Gherasimov, recognized that the soldiers must absorb a lot of information in a short amount of time. He explained, "We purposefully don't offer the soldiers too much information when they undertake this work in order to imitate the situations on the front line. The 45-year-old, who had previously worked in football management, didn't decide to finish a drone flying course until the invasion started in February. But because he was so adept at using the equipment, he now instructs some of Ukraine's best soldiers in its use. Mr. Gherasimov continued, "My students are extremely committed." 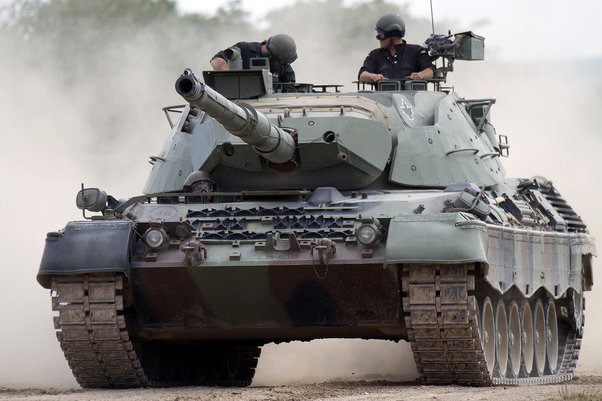 They come here for five days of training, after which they go back to the front lines stronger. He acknowledged that he occasionally fears that his soldiers are taking their jobs "too seriously." He was not exaggerating when he said that the soldiers were so committed to their training. The soldiers were never seen laughing or joking with one another during The Telegraph's visit. 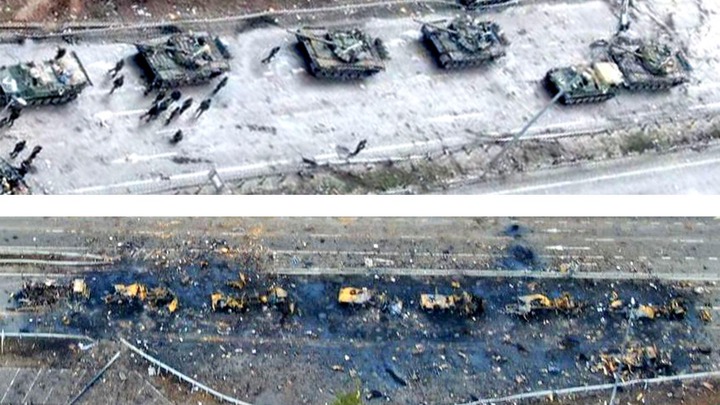 Instead, they appeared to be hanging on every word from the instructors as their faces were carved with concentration. The soldiers didn't seem to unwind much until lunchtime, when they were served cooked chicken, chunks of bread, and salad. During this time, they also smoked cigarettes and played with some of the base's eight puppies. Nevertheless, the warriors nevertheless exuded a calm resiliency. They are obviously serious since this is a question regarding their lives, Mr. Gherasimov continued.

Chiefs recent signing impress the coach, what does this mean Ngcobo?