Lamiez Holworthy, a media figure, criticized a social media user and all individuals who believe they have the authority to tell others what is and is not appropriate when it comes to their bodies. 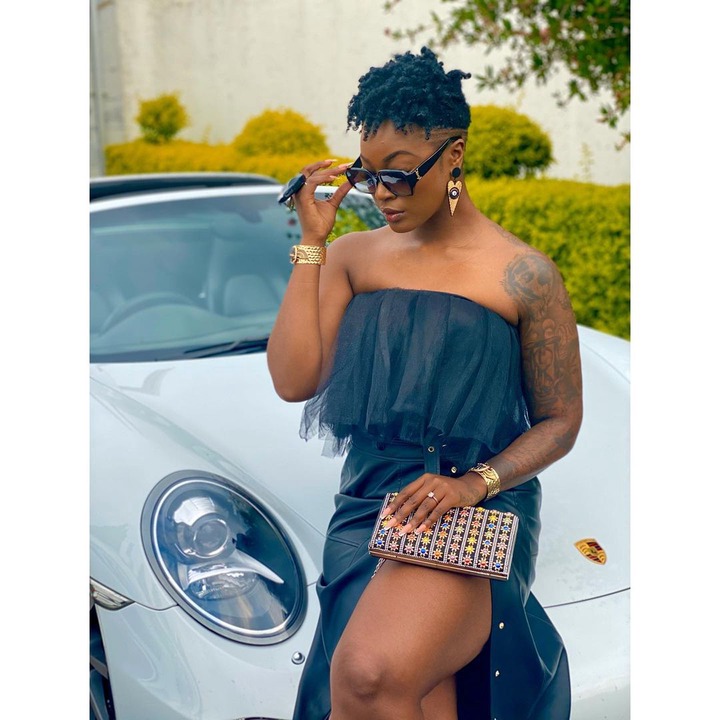 This comes after a Twitter user stated that Lamiez Holworthy should never wear shorts again. It was suggested to the troll by social media users that he erase it. However, it was not removed.

The person behind the body shaming came from an account called ChrisExcel. Many believe that it is a cat fish account; while others suggest it's a 'dude' even though it got a female profile picture. His/her tweet reads,

Any one please tell lendoza not to wear shorts.... Coz wow! 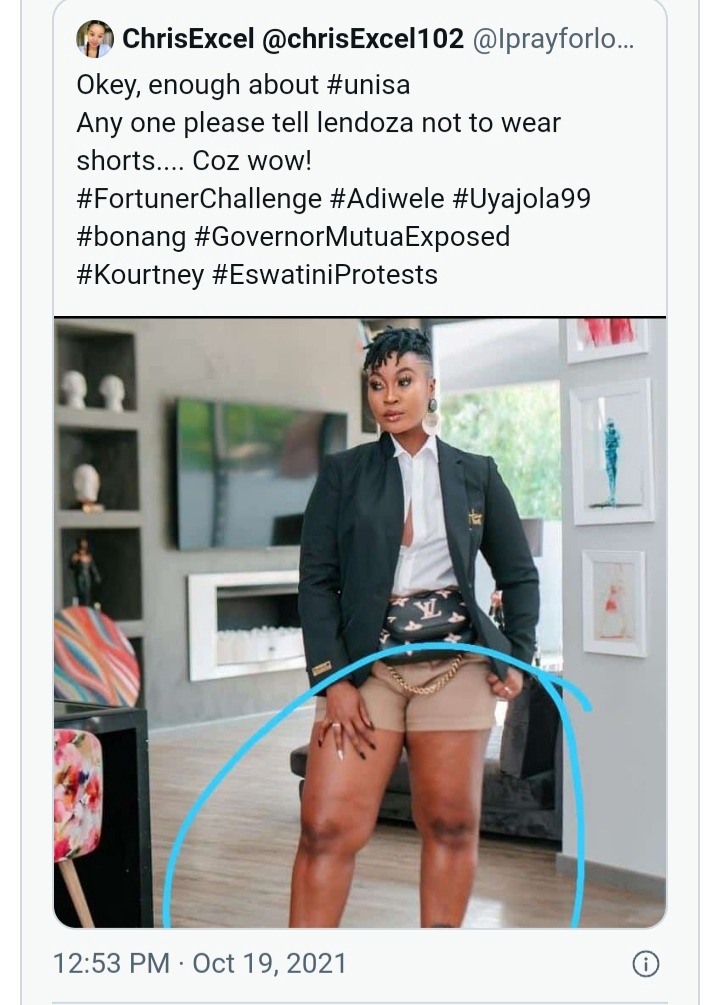 Lamiez claimed she received a call from Prince Kaybee asking if she was all right, only to log on and discover she was trending on Twitter.

"Daily, you people preach about mental health, suicide and being kinder only to be the total opposite minutes later,” she said.

Today she gave the Twitter troll a piece of her mind.

“Not to wear shorts because YOU said so?! ... Always these fake accounts trying to project their own insecurities on others,” she tweeted.

She further emphasised she has great influence.

"From the way that I dress to my hairstyle, it’s iconic. The love that I receive daily is super overwhelming and will never not warm my heart. Now I go back to focusing on that,” said Lamiez. 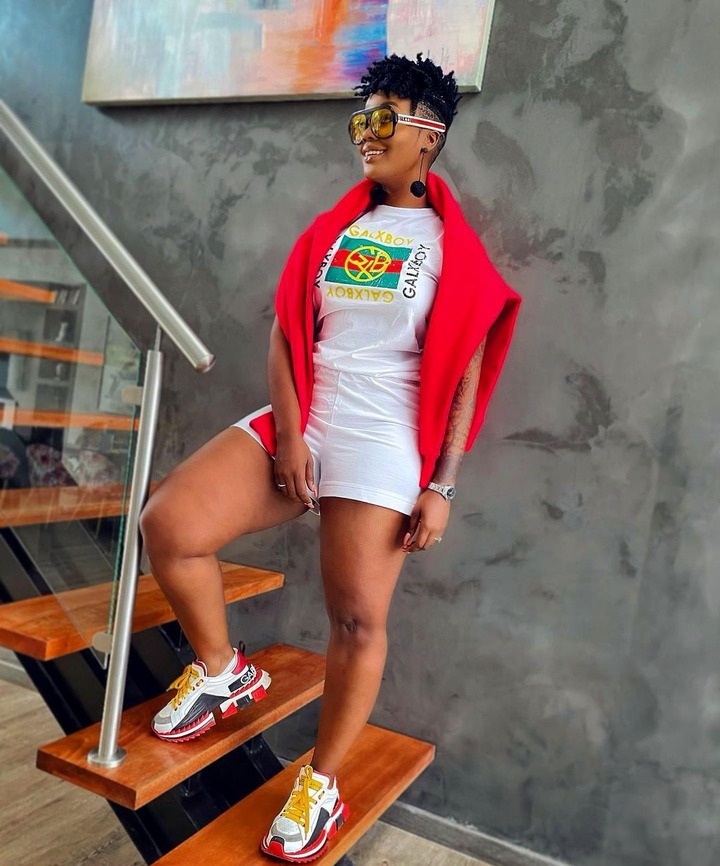 Lamiez Holworthy, a radio personality, is well-known for her tattoos. The DJ is so proud of the collection of art she's amassed on her flesh that she aired a Metro FM segment called Tattoed Tuesdays.

Yesterday Twitter was set alight by an emotional young lady who shared her botched tattoo story. The "What I wanted vs what I got" photos made waves around on the internet as peeps hearts bled for the woman named Onke. 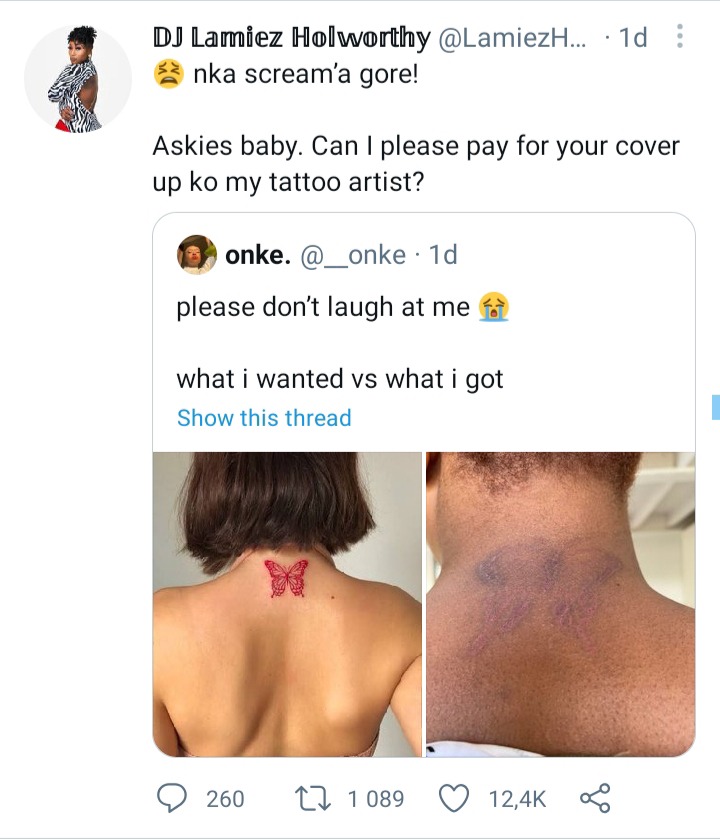 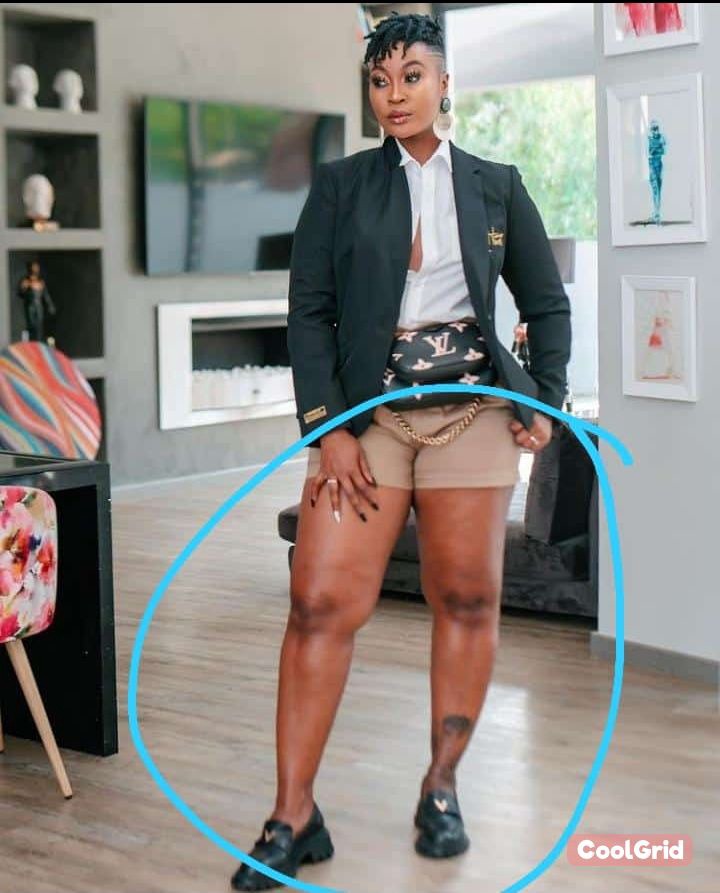