Communities in Umlazi in Durban were left in shock after receiving the heartbreaking news that Max Mqadi who is popularly known for turning his small Shisanyama business into the country's favorite restaurants. It is said that his eatery is one of the best in Durban and meals that are served are always on top. This is one of eatery that is used by many celebrities including the likes of business woman and reality TV star Shauwn Mkhize. 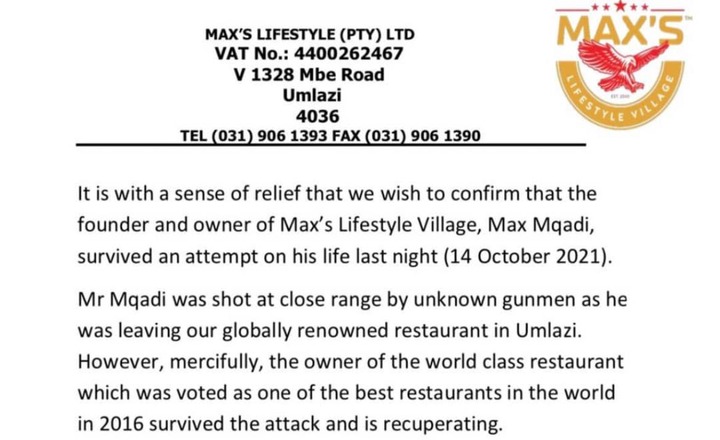 Yesterday it was a shock to her when she found out that one of her best friends has been shot by unknown suspects just after closing his eatery. Max Mqadi the owner of Max's Lifestyle Village was shot on the 14th just after closing his eatery. It alleged that the incident happened when he just immediately got into his car on his way to home when suspects instantly pointed him with a gun a shot him. 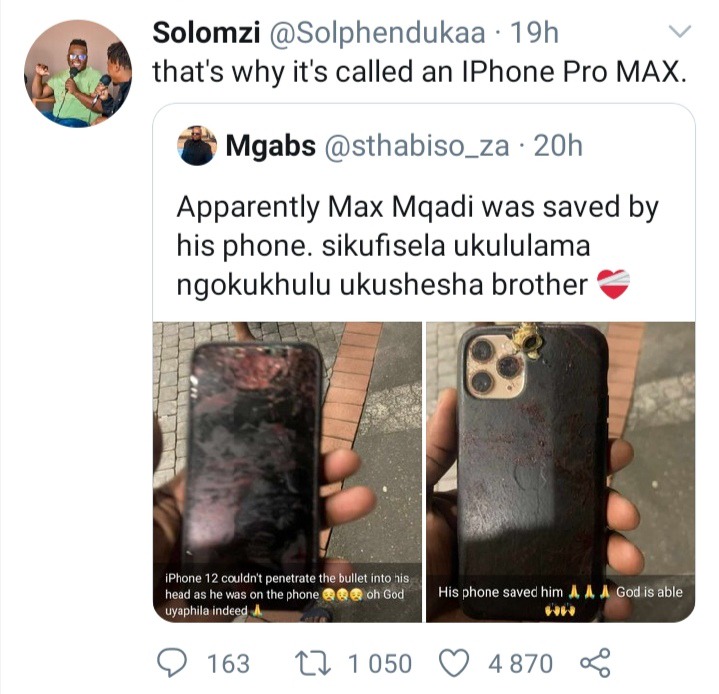 According to Colonel Thembeka Mbele he was shot twice but managed to drive himself to the road to seek assistance. " He sustained two gunshot wounds and however he was able to drive to Florida road where he sought assistance. He was taken to a local hospital where he is reported to be in a stable condition. The police have opened a case of attempted murder. 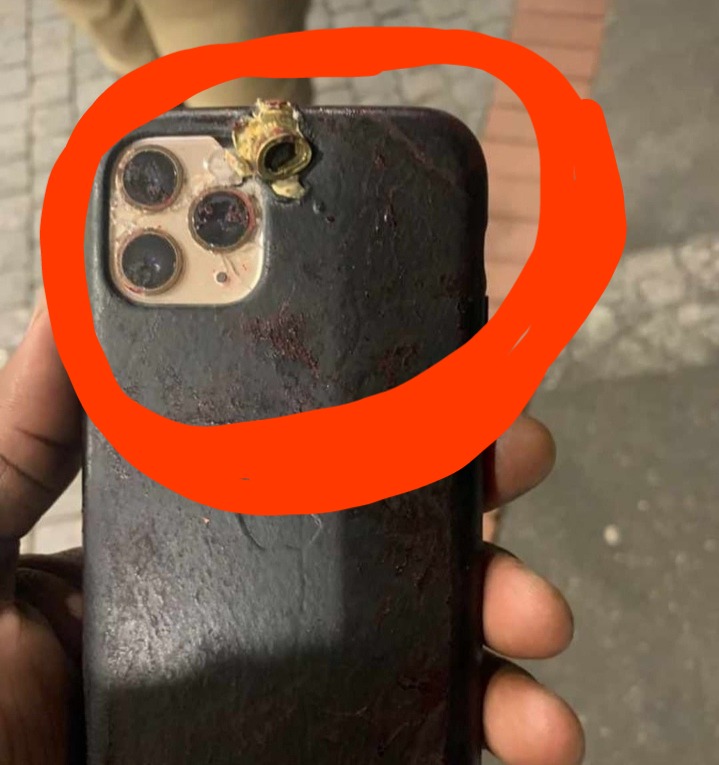 It was confirmed that he was taken to the hospital after experiencing injuries. Now what left people talking is the information on how IPhone Pro Max saved him from getting a bullet to the head. It sounds unreal but it is said that when they started shooting him he was on a phonecall. It turns out his phone helped him to avoid that bullet that might have possibly costed him his life. From the picture above you can see marks that reveals that the phone has gun marks to prove that it is the phone that helped him to survive this incident.Share your thoughts and follow for more news.