Screenshot :Eskom has been exposed for lying to the public.

By Makhonews (self media writer) | 7 days ago

A rolling blackout, also referred to as rota or rotational load shedding, rota disconnection, feeder rotation, or a rotating outage, is an intentionally engineered electrical power shutdown in which electricity delivery is stopped for non-overlapping periods over different parts of the distribution region. Rolling blackouts are a last-resort measure used by an electric utility company to avoid a total blackout of the power system.

For the past few years, South African citizens have been suffering from load shedding and rolling blackouts to the extent that some of them have moved to solar energy as a substitute. For many years, people were taught that load shedding is caused by a shortage of power.

Yesterday, a certain Twitter shared a screenshot of one of the Twitter users who made a shocking revelation. The screenshot had a statement that read as follows: "I have a friend that works nightshift at Kusile Power as a plant operator. We are chatting on Whatsapp right now. She doesn't even know the generating units have tripped. They were told by their supervisors to switch off the generators. This is done deliberately. This is staged. Nothing has tripped. Eskom lies to the public. 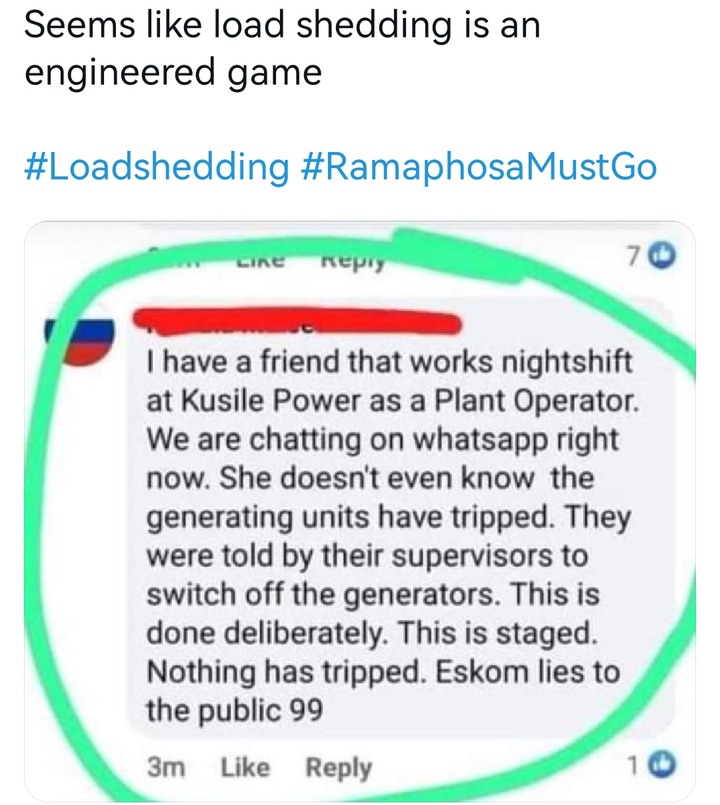 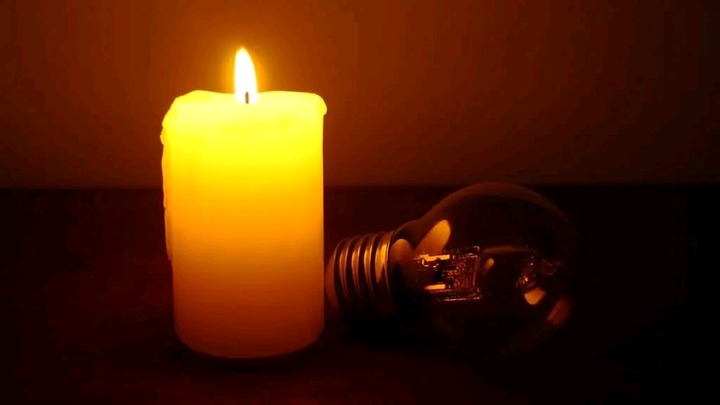 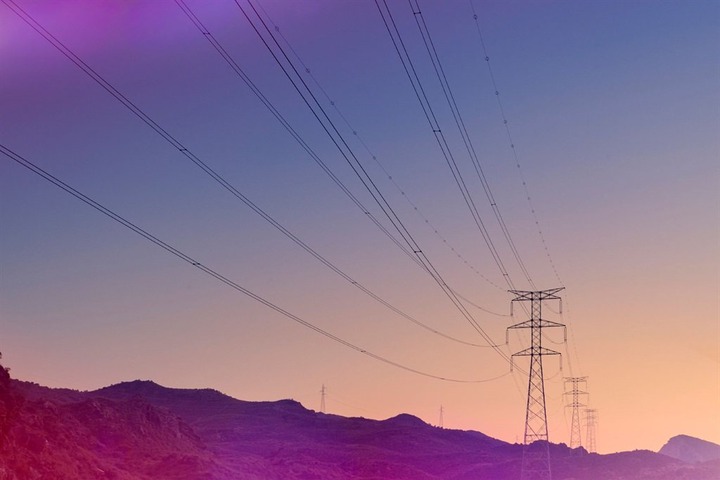 Below are some of the comments that were made by concerned South African citizens on Twitter.

But we've been saying that for the past 4 years now. It's all part of the greater scheme to shift from coal to renewable energy. They want the coal for themselves, and SA scavengers want to privatize it. Get with the program.

It is engineered so that we can accept any solution on the table, even if it's privatization, and remember that anything private will be costly because they always drive commission.