Following the appointment of new head coach in the club of Orlando Pirates,Mr Jose Reviero,the Spanish man,the Soweto gients looks confidence and promising for next season to commence early in August.

Once again the club of Orlando Pirates have confirmed the signings of two youngster's from the ABC Motsepe league,Mr Bule and Khuto 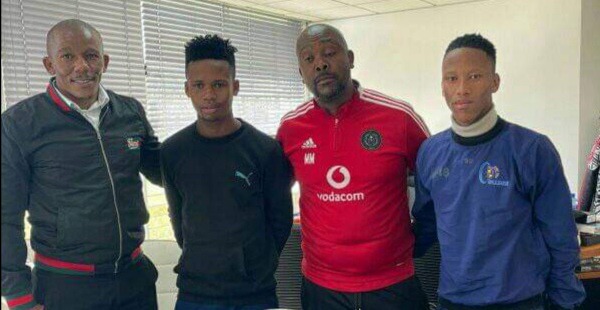 According to my trusted source, Orlando Pirates scouted the duo,in the Orbit tournament which was held at Orlando last weeked,and they are believed to be under 21 considering they've been participating on the second division of the club.

Over and above the club of Orlando Pirates is expected to soon officially unveiled the newly joined duo,maybe in few coming weeks.

This new players will be joining the already four players which have completed their signings,the couples of weeks ago, amoungst the players who have already completed the move to joine Orlando Pirates we can mention the likes,Mr Timm from TS galaxy,Mr Sibisi from Lamont Ville Golden Arrows to mentioned the few.