Cristiano Ronaldo, Nemanja Matic, and Juan Mata were not in the starting lineup, which was a big deal.

The game started on time, and Crystal Palace scored first. Since they had nothing to lose if they lost, they were the ones asking the most important questions. 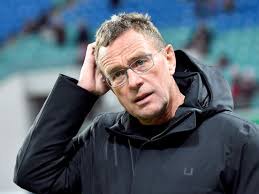 Rangnick should have started the game with Juan Mata so that he could pass the ball to Edison Cavani a lot, since he knew Cavani had to score goals for his team to win.

Second, he should have put Nemanja Matic in the starting lineup ahead of Scott McTominay so that he could pass long balls to Elanga, Mejbri, and Cavani, which he didn't do in the first half.

It was a big mistake to put Harry Maguire in the starting lineup when Eric Bailly was available. Maguire hasn't done as well at Manchester United as he did at Leicester City, and this was a very important game.

What else did you think Rangnick did wrong? Please tell us in the section below, thank you.