Despite their defeats to France and Morocco, Bafana Bafana moved up in the most recent FIFA World Rankings and are now just below Ghana, their rivals. 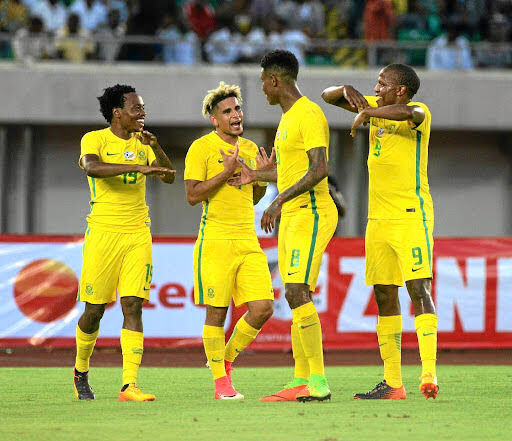 Surprisingly, our national team has risen in the most recent FIFA World Rankings.

According to KickOff, they are now placed 68th after moving up one spot.

Accordingly, South Africa is now ranked 12 in Africa. The guys of Broos are still outside of Africa's top 10, but they aim to change that.

But when they play Liberia at home and away in September, SA is predicted to get back to winning. They will be eligible for the 2023 AFCON if they succeed in doing this (which they should without a doubt).

Hugo Broos and his charges have had a difficult few of months.

They lost 2-1 in Morocco despite taking an early lead before being humbled 5-0 in France. In fairness, they were completely outplayed in that game, as The South African reported.

In September, Broos and every other supporter of SA will eagerly anticipate victory again.

They have more to be thrilled about, though! For the Springboks series against Wales, the government has declared the restoration of full stadiums. Consequently, full attendance will be permitted for Bafana Bafana's upcoming home match!

Brazil reclaimed the top rank from Belgium in the most recent World Rankings, among other significant adjustments.

Do you anticipate Bafana Bafana to be among the top ten teams in Africa this year?