MaMkhize Pays Players On The Pitch After Win 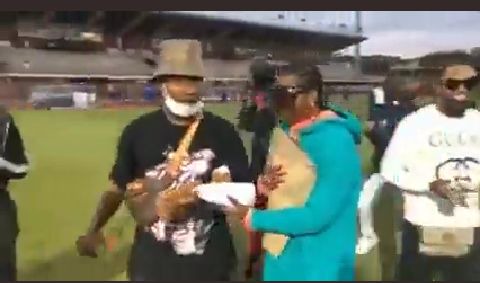 Royal AM FC flamboyant owner, Shawn 'Mamkhize' has done it again. The social media butterfly promised to change the game and, together with her son, she is certainly adding spice to the DSTV Premiership. What started out as almost impossible feat is now being turned into a ride of lifetime for players who were facing unemployment not so long ago.

In full view of cameras after yet another for the fledgling club, MaMkhize is seen taking out wads of cash to be giving out to tired but satisfied looking players at the Princess Magogo Stadium in KwaMashu. Club chairman, Andile Mpisane is also on the video with a big brown envelope with money.

Royal AM beat provincial rivals Maritzburg United 2-1 to record a fourth victory on the trot and the owners saw it fit to reward their employees right there on the field of play.

When the Durban club beat Kaizer Chiefs, young Andile Mpisane was recorded on video dancing around with a Bluetooth speaker in manner never before seen in the Premier Soccer League.

There was no immediate reaction from the league officials but it does not look like MaMkhize and her son broke any rules by splashing cash on the field of play. The Mkhizes have treated the league as part of their reality show and are enjoying every minute of it.

The video is already heading towards viral numbers on social media and is getting the usual mixed reactions. 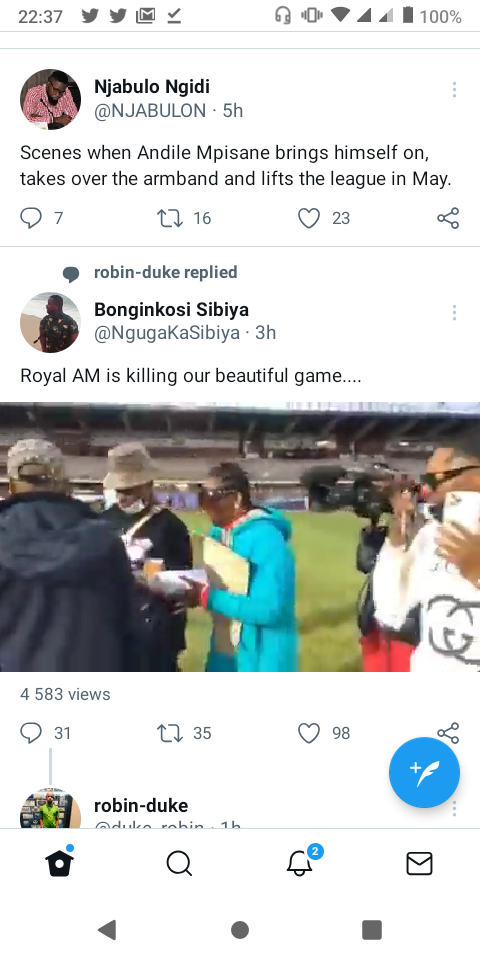 The Royal AM will surely enjoy the international break and have plenty motivation to beat their next opponents, Marumo Gallants on the 20th of October.

The Mkhizes bought the status of Bloemfontein Celtic after failing to win promotion even after a protracted court battle. All that is water under the bridge now as MaMkhize and her band of royal men blaze the DSTV Premiership trail.

Content created and supplied by: Sbosh2604 (via Opera News )

Makhadzi shuts Botswana down, watch her performance on the link below.