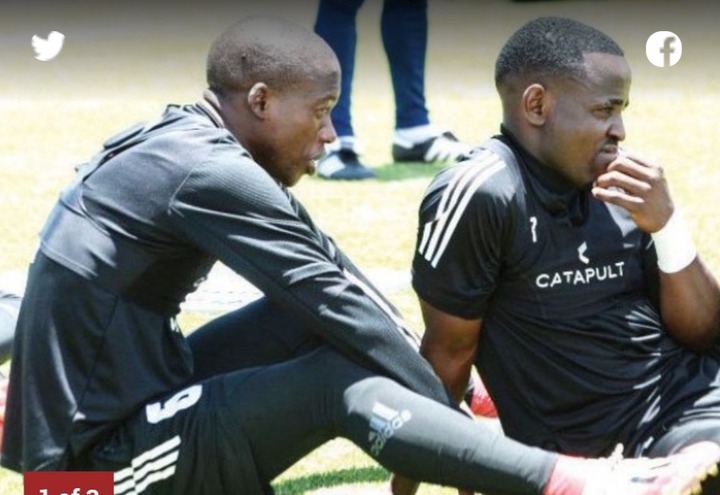 Ben Motshwari and Gabadinho Mhango of the Orlando Pirates have returned to first-team training following a brief absence due to off-field difficulties.

Pirates reported on September 20 that Motshwari had been suspended after being charged by the police with an unspecified offense.

Later, it was revealed that his girlfriend had filed assault charges against him, with the common assault allegation being struck from the court's docket pending further investigation.

Motshwari had appeared twice from the bench for a total of 14 minutes at the time, before missing the next nine games.

However, the 30-year-old has since come back strong, putting in two 90-minute shifts in an attempt to erase his bad boy reputation and establish once more that he is deserving of a place at the club.

Last Wednesday, he was thrown into the deep end at Stellenbosch and turned in a polished performance before returning to central midfield for the CAF Confederations Cup with the LPRC Oilers of Liberia.

Mhango was in a similar circumstance.

After accusations that he had failed to pay an R26 000 bill at Club Propaganda after purchasing drinks for a slew of women dressed in suggestive clothes, the tabloids pounced.

After reaching a deal with the establishment's administration, he was imprisoned and subsequently released.

He was then reportedly given a tongue lashing by the club, which amounted to a severe warning.

He had only made three appearances this term at the time.

Mhango subsequently went on to miss 12 games until coming on as a second-half substitute for Deon Hotto against LPRC Oilers on Sunday.

The Malawian forward, like Motshwari, must make the club forget about his off-the-field antics by putting in top-notch performances.

Chief’s Star Is Back On Training