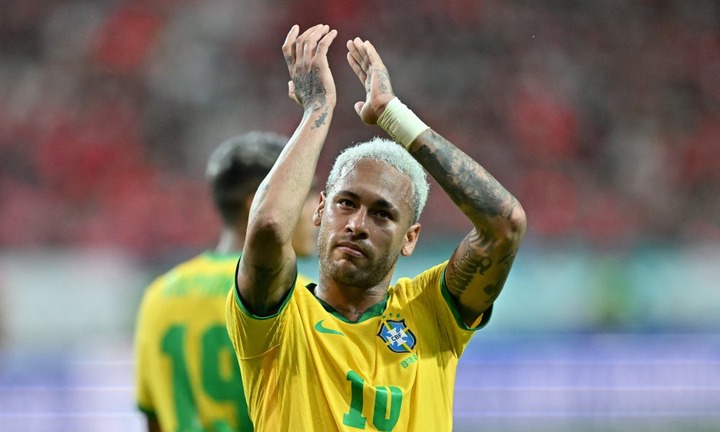 With each passing day, Neymar's future at Paris Saint-Germain becomes less assured. The 30-year-old had just finalised a new deal with the French heavyweights, but he is currently the subject of exit rumours.

Recently, PSG president Nasser Al-Khelaifi hinted that they might try to sell the Brazilian talisman, and it now appears that they have made the decision to put the former Barcelona superstar on the market.

Neymar has fallen short of expectations in his five years at Parc des Princes after joining Les Parisiens from Barça in a transaction worth a record-breaking €222 million. He has experienced injuries, disciplinary problems, and off-field incidents during his tenure in France.

Journalist Raisa Simplicio also claims that PSG has decided to make Neymar available this summer on the transfer market and is willing to consider bids.

His contract is valid through 2025, thus a permanent transfer will be expensive. Therefore, the French capital club is thinking that a loan exit with the team that signs him paying his entire salaries is a good prospect.

The journalist continues by saying that Neymar is unperturbed by the circumstances and isn't trying to leave. The 30-year-old would reportedly prefer a trade back to Barcelona or to the Premier League, where a few clubs are reportedly interested, if he were to depart.

Since leaving the Blaugrana in 2017, the former Santos wonderkid's potential comeback to Camp Nou has been mentioned every year. And now that he's available, Barça's precarious financial situation prevents them from being able to purchase Neymar.

Given that Neymar had such great success at Barcelona, it makes sense that he could be thinking about going back to Camp Nou. However, given the current state of the economy, it is difficult to imagine him returning to Catalonia.

Neymar may have a better chance of moving to the Premier League, where a few clubs have already expressed interest.