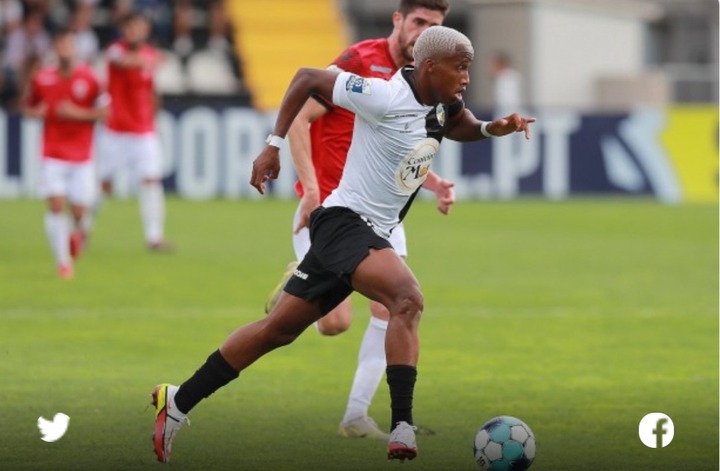 Mihlali Mayambela has spoken about how being Mark Mayambela's younger brother affected him throughout his time with the Kaizer Chiefs and Orlando Pirates.

Mayambela is now playing for SC Farense in the Portuguese second level, where he recently reached the milestone of 50 league appearances.

The 25-year-old has spent the last five years in Europe, where he previously played for Académica de Coimbra, as well as Djurgrdens, Degerfors, and Brage in Sweden.

Prior to that, he was with Cape Town All Stars, which he joined following brief stints with Kaizer Chiefs and Orlando Pirates' development teams.

In Soweto, though, he suffered under the weight of expectation and the pressure of trying to replicate older brother Mark, who had made a name for himself with Pirates at the time.

"To be absolutely honest with you, when I moved back to Cape Town and signed with All Stars, I started to truly believe in myself in terms of football," Mayambela tells Kickoff.com.

"Since of the club's expectations and because I'm Mark's brother, I experienced some difficulties while I was with the Orlando Pirates.

"Then I went to Kaizer Chiefs, where it was the same scenario, and I couldn't play football freely because of the expectations. When I went to Cape Town, though, I was a little wiser.

The younger sibling shone in Cape Town, where his exploits prompted a move to Djurgrdens in 2016, and he has subsequently built an outstanding European career.

He keeps in touch with Mark from afar and admits that the two have a healthy rivalry that is based on mutual respect.

"When I went professional, it became a bit of a competition, but it's a healthy competition," Mayambela adds.

"We make jokes about football, like who will score the most goals, who will get the most assists, who will win the most Man of the Match awards, and so on." It's all for the sake of pushing each other.

"We've always wanted to play in the same team together, but it hasn't occurred yet," says one of them. "However, we have a good rivalry and push each other, nothing more than that..."