Opinion: Is this an end to Ronaldo's dominance in Manchester United team?

Since Cristiano Ronaldo's transfer from Italian powerhouse Juventus, he has established himself as a key figure in the Manchester United club. Although Ole Gunner Solskjaer, the former Manchester United coach, attempted to build the club around him by ensuring that the Portuguese was well-supplied with the ball, the team's dismal form negated any positive impact the football great could have had. 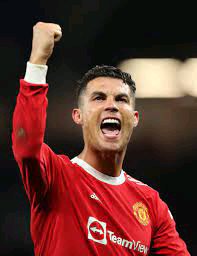 Due to Ronaldo's advanced age, the former Real Madrid striker is finding it increasingly difficult to perform at the level that he achieved twelve years ago for the club. In order for Cristiano Ronaldo to perform at his peak, the team must provide him with the necessary passes that will allow him to score goals while feeling less stress.

So that the player would have the best chance of succeeding in the squad, the previous coach of the team structured the team in such a way that he would be properly supplied with the ball. With Rangnick as the interim coach, the team's playing style has morphed into something different. Every player on Ralf Rangnick's team is expected to be a part of the attack, and the responsibility of scoring goals is no longer limited to the front three. 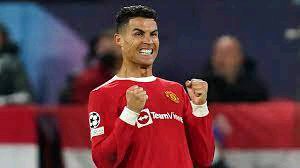 It needed the efforts of a defensive midfielder on Sunday to ensure that Liverpool earned all three points against the Crystal Palace on Saturday. If the new coach encourages any player to take a scoring opportunity, the team's reliance on Ronaldo will eventually become a talking point. Ronaldo's arrival changed the dynamic of the team. Prior to his arrival, Mason Greenwood and Bruno Fernandes were scoring goals for fun, but after he joined, every player on the team was expected to play for him.

What impact will the new coach's playing style have on Cristiano Ronaldo's performance? Will he be successful if the other player does not provide him with the necessary assists? Ronaldo is a fantastic player who constantly manages to reinvent himself when the public does not expect him to deliver. Ronaldo is also required by the new coach and the entire team in order to accomplish the results they desire for the club.