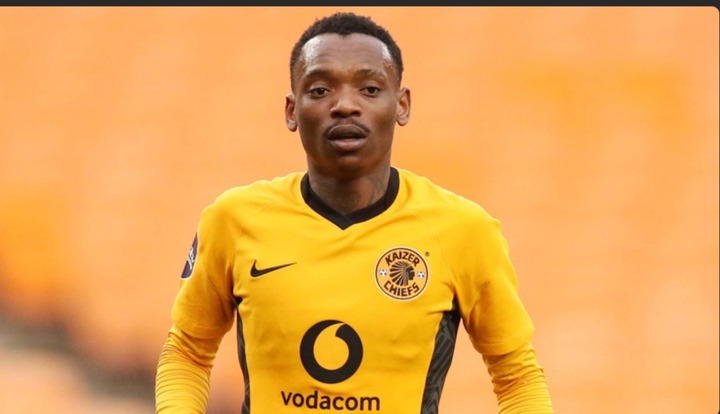 The 31-year-old Zimbabwean is having his greatest season in Amakhosi colours, which has prompted a transfer speculation.

The 31-year-old Zimbabwean is having his best season in Amakhosi colors, prompting rumours of a transfer.

When asked about his future plans, Billiat refuses to consider anything other than Chiefs, claiming that he wants to make the most of his time there.

The Zimbabwean has struggled to replicate his form at Mamelodi Sundowns after joining Naturena in 2018.

However, after the arrival of Keagan Dolly at Chiefs, Billiat has shown signs of improvement, with certain performances that suggest he will return to his old peak.

"All I want to do is live in the moment." I just want to have fun with it. Billiat told iDiski Times, "I know we're growing up as players and time flies, but we just want to make sure we're doing the right thing right now."

"We don't want to look back and regret it; we won't say I should have done this or that; all we want to do is win as many games as possible and enjoy every moment of our football [career]."

"The rest is always...," says the narrator. At Chiefs, I'm content. I'm content at Chiefs, and all I want to do is win with them — this is where I belong.

"You know, have a look..." Everything happens for a purpose, and I believe that during my stay here, God has wanted us to go through certain experiences in order for us to feel good when we get silverware."

Billiat was linked with a move to Al Ahly, the reigning African champions, to rejoin with his old Sundowns coach Pitso Mosimane, before signing a two-year contract extension in July.

But, since sticking at Chiefs, he's formed a strong partnership with Dolly as the team looks for its first trophy since 2015.

But, since sticking at Chiefs, he's formed a strong partnership with Dolly as the team looks for its first trophy since 2015.

"The longer we don't get it [a trophy], the more we believe, the more we cherish, and the more we see the tremendous difference when we do," Billiat concluded.

"We are professionals, and we believe that every team goes through these stages; it just so happens that we are going through them right now." We never give up because we know we'll gain something in the end."