When striker Evidence Makgopa was signed by Orlando Pirates, many fans had high expectations about this latest addition.

Makgopa had been a revelation for Baroka and his prowess as an instinctive striker. But he is yet to appear in the black and white colours of Pirates.

José Riveiro has now revealed why Makgopa has not played any games this term.

“He is injured since, I’m not sure, but he is injured,” Riveiro told journalists after Pirates’ hard-fought 1-0 win over Royal AM in a DStv Premiership clash at the Moses Mabhida Stadium. 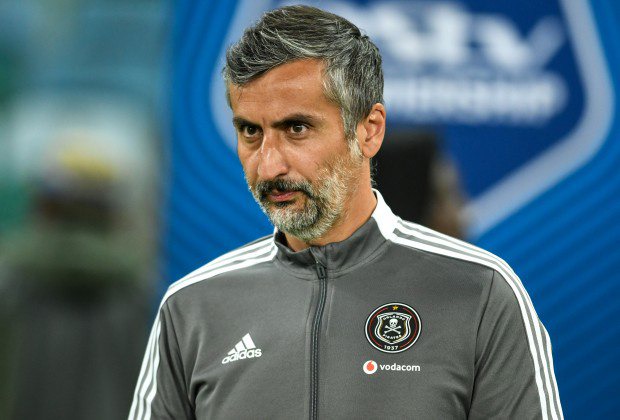 When pressed on about the type of injury Makgopa had suffered, the coach drew a blank.

He told the media that the type of injury was a private one and was not willing to divulge more about it.

Makgopa remains the only new Pirates player yet to make their debut, as Miguel Timm, Nkosinathi Sibisi, Tapelo Xoki, and Bienvenu Eva Nga have all tasted action under coach Riveiro.

Pirates will be hoping to build on their win over Royal AM. it is exactly what the doctor ordered.

Social media is mocking Mac G for his small stature.

These Eight Simple Vaseline Tricks Will Save You Time And Money

" Imagine visiting your man without telling him and he tells you to go back ", a woman posted