De Gea from Hero to zero

By Sir_Ivy (self meida writer) | 9 months

After a series of wins from Manchester United in the English Premier League. Soccer fans all around world were expecting a high quality performance from the the red devils when they went up against Chelsea. Instead, on a night when they were supposed to advance to the finals to clash with Gunners. Manchester United's performance was less than perfect. The Emirates FA Cup Semi-finals became a showcase of how dominant the blues can be. In the end it became a 3-1 thrashing of Manchester United. What went wrong with De Gea? David De Gea, gave fans one of his worst performances since joining Old Trafford in 2011. With some fans are blaming him for all three goals conceded. With the first goal scored by Olivier Groud in the dying minutes of the first half , the ball coming off his right hand. The second goal came in the 46th minute of the second half, after De Gea failed to close the near left post. Though goal three was caused by poor defending on Man United, resulting in an own goal from Harry Maguire, the Man United shot stopper could have done a better job in closing the near left post. 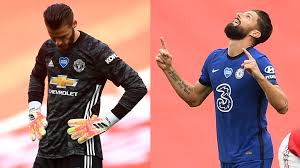 This is not the first time De Gea has made such errors, in December 2019 against Watford he allowed Sarr’s shot to bounced through his hands. In March against Everton, De Gea failed to notice Dominic Calvert-Lewin approaching, as he was trying to clear away the ball. The score ended at 1-1 and most recently, last month De Gea failed to save Bergwijn's shot allowing it to deflect from his hands into the net. 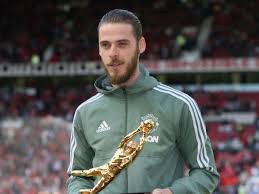 Content created and supplied by: Sir_Ivy (via Opera News )

How to Build Muscles at Home

Three inspiring Bible verses to remind us GOD is with us today.

Disregarding the name, it is anything but a fish. Genuine fish are hard creatures (vertebrates).