A $100 million (R1.65 billion) prize pool is reportedly available for the inaugural season of the Africa Super League (ASL), which was officially established by Confederation of African Football (CAF) President Patrice Motsepe. 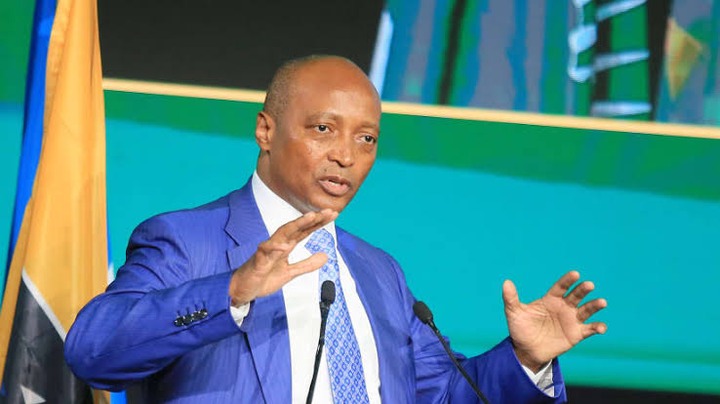 After the CAF General Assembly in Arusha, Tanzania, when they presented the structure and goal of the grandiose proposal that was rebuffed and sparked a great deal of resentment in Europe.

However, given how far behind the rest of the world African football is, the idea was sold to close the gap and inject money into the game through the ASL, which will be represented by the 24 highest-ranked clubs at the moment, with the expectation that the commercial revenue streams will have a positive ripple effect to increase interest in football across the continent, generate sponsorships, and improve infrastructure, youth development, women's football, and general fandom. 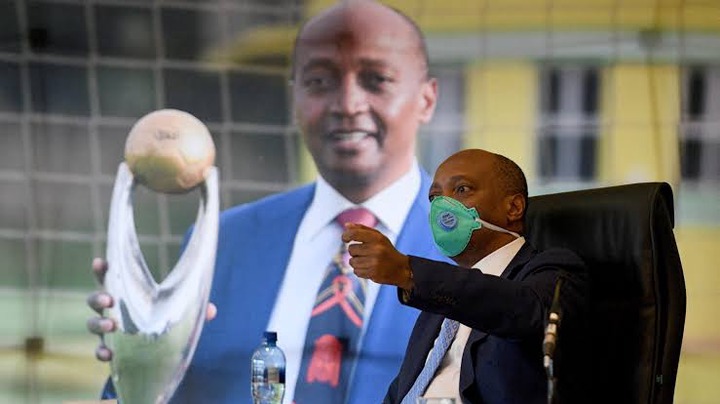 A total of $54 million will be divided among the 54 CAF member associations in order to help them develop and grow football in their respective nations. Each association will receive $1 million annually. An estimated $30 million will go toward marketing and communication for the "world-class event."

"It's also about money, salary. My family owns an African football club, and what many players stress is that football is a brief career and during that career you need to maximize what you make. My advice is always to invest and to take care of yourself and your families.

The financial foundation of African clubs has never been strong enough to keep some of the best players in Africa, to stay in Africa, from an income perspective, even though they love the continent and want to be there. As a result, the financial aspect of club football is a crucial problem, and our goal is to raise the level of play.

In order for local football to be as enjoyable to watch as football anyplace in the globe, we need to get the people enthused. We want the member associations to develop women's and youth football, hire the greatest talent, and give employees a competitive wage. One of the major issues with the elite clubs in the current CAF Champions League is that they spend a lot of money on travel and lodging, but when they win, the money they receive is insufficient to cover their enormous outlays.

The first 24 participating clubs are expected to receive an annual payment from the ASL of $2 to $5 million to cover costs like travel and player transfers.

The club that wins the African Super League will receive $11.5 million (R189 million) in prize money, according to the league's plans, which provide for using $100 million (R1.65 billion) annually as prize money. 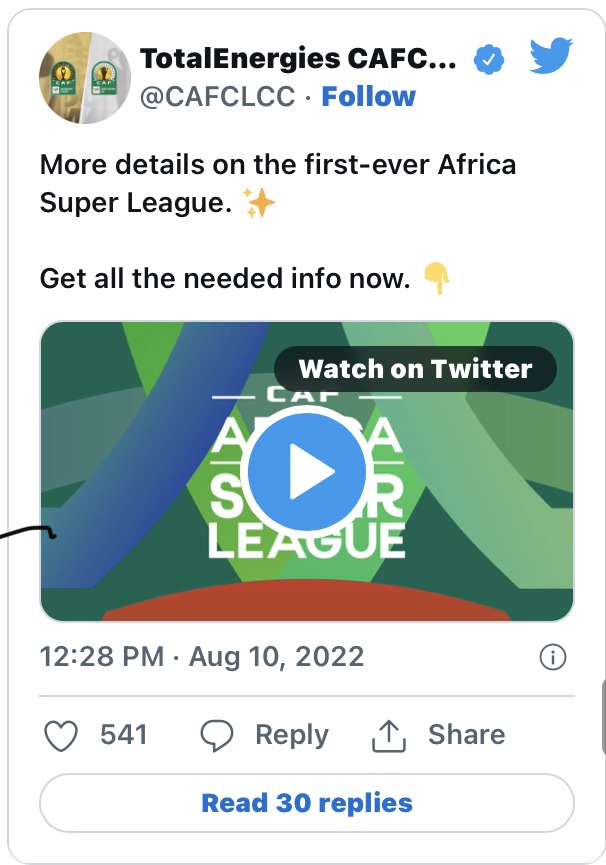 You can watch on Twitter through the username on the picture above.

The ASL will begin on August 23 and run through May 24 with 197 matches produced by 24 clubs from 16 different nations. Motsepe added that "the next months is a process of engagements."