Pitso Is Still SAD At 'Death' Of His Ex-Assistant Coach

Al Ahly head coach Pitso Mosimane seemed like a man deeply in pain on Monday evening, when he took to micro-blogging site Twitter to poignantly wax lyrical about someone who meant so much in his life on the occasion marking 9th year since their tragic death. 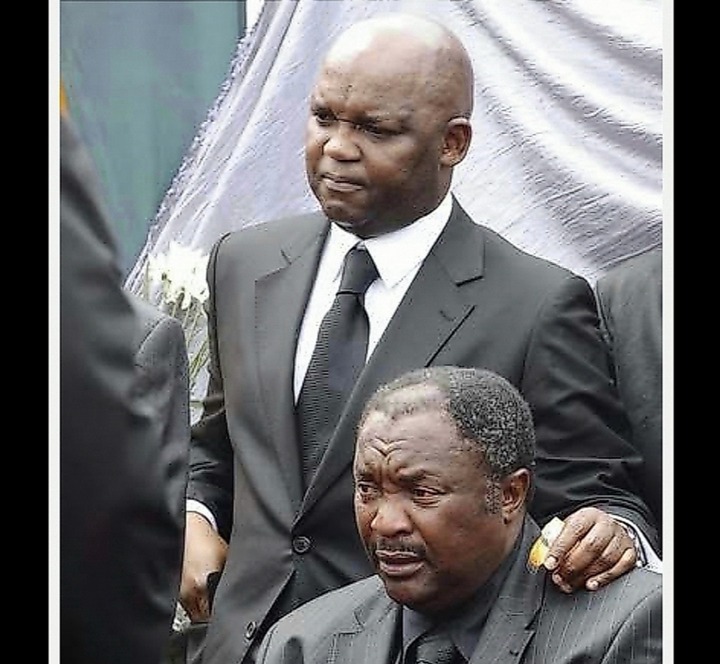 It was on 18 October 2012, when news broke out that former SuperSport United and Bafana Bafana assistant coach Thomas Madigage had died after a car he was travelling in hit a donker in his town of Burgersfort.

Although it was 9 years ago, it seems his best friend, Mosimane still remembers him with great fondness. The two South African legends played together during their heyday, and later on converged when Mosimane was appointed the first team coach of SuperSport United in the mid 2000s. 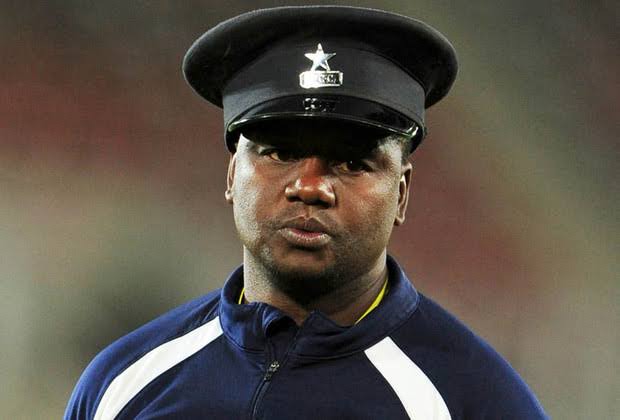 And this why Mosimane shared the memories he had Madigage with 765k followers. He stated that it was Madigage who actually brought him to SuperSport United which essentially launched his professional coaching career.

"On this day 9 years ago, I lost my team mate, player, assistant coach, and my best friend. Thomas brought me to coach SuperSport United and played a key role in launching my career in the PSL…I will never forget the special moments that we shared. Miss you my brother 💔🕊," a clearly emotional Mosimane tweeted. 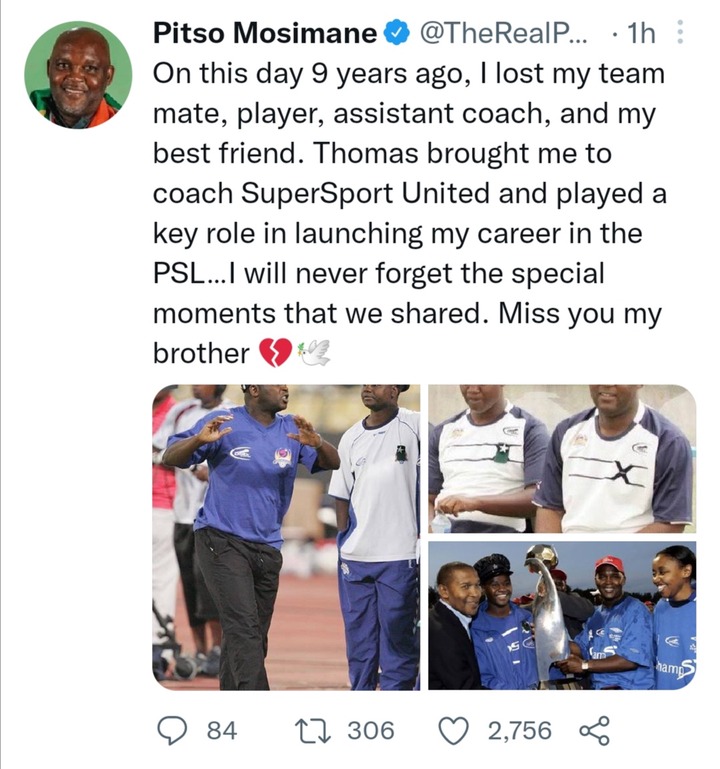 Mosimane and Madigage worked together during Pitso's 6 year stint at Matsatsantsa from 2001-2007, before the former jumped ship to join the Bafana Bafana set up as an assistant coach ahead of the 2010 World Cup spectacle which was held in South Africa.

The latter remained at the Tshwane-based club winning three Premiership titles serving as Gavin Hunt's assistant, before he followed in Pitso's footsteps and joined the national team in 2012. 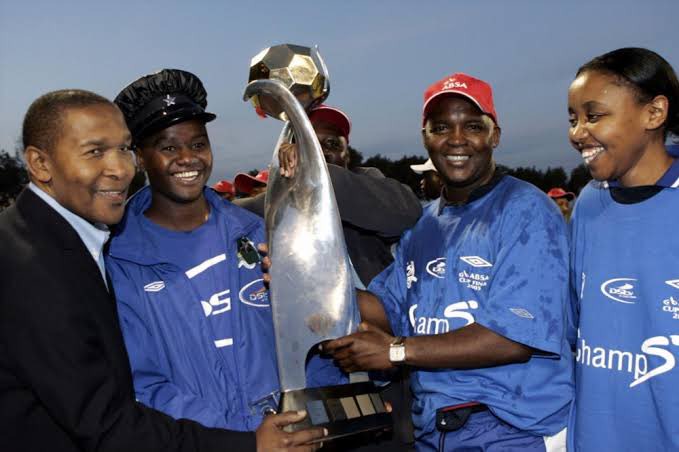 Reading by what the Al Ahly coach related, you could really argue that had it not been for fate, Madigage would have gone on to become a top coach in the PSL in his own right.

South Africans expressed their sympathy to Mosimane, reiterating that Madigage may be gone, but he is not forgotten.

What are your thoughts on Pitso's rememberance of his dear friend who died many years ago? 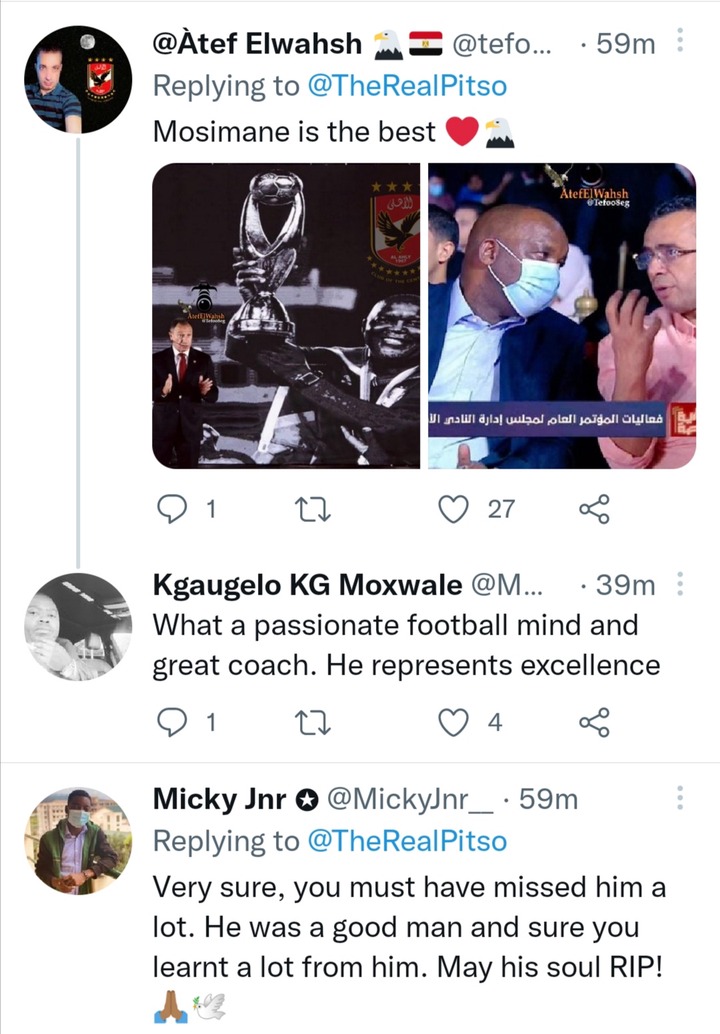 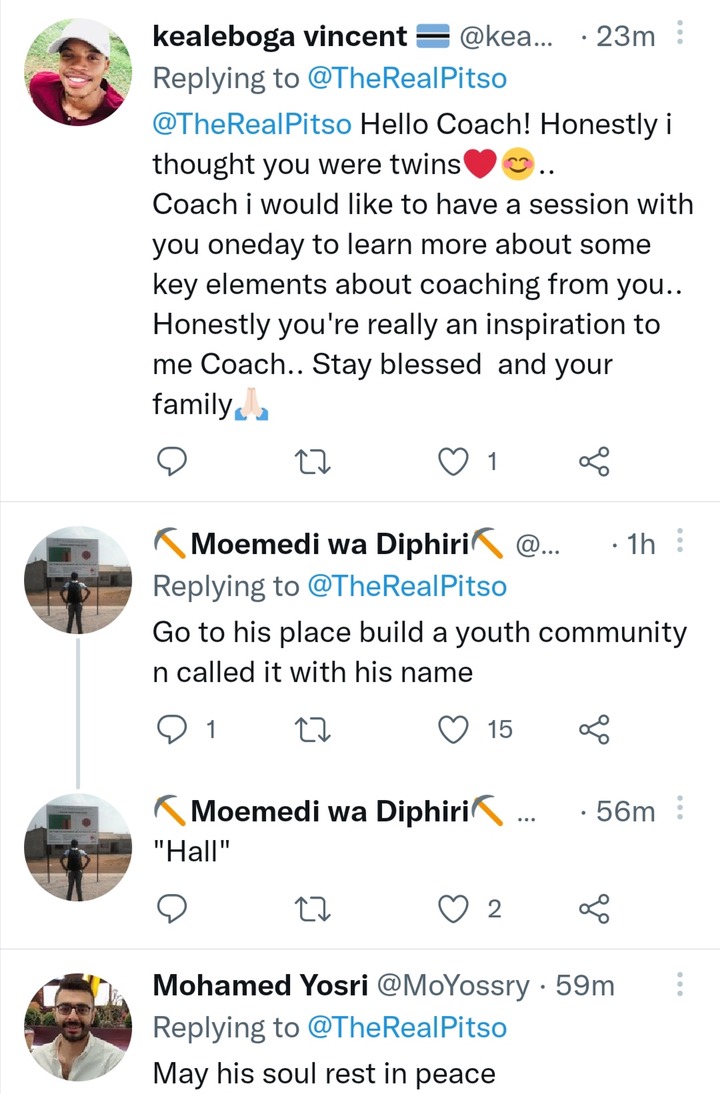 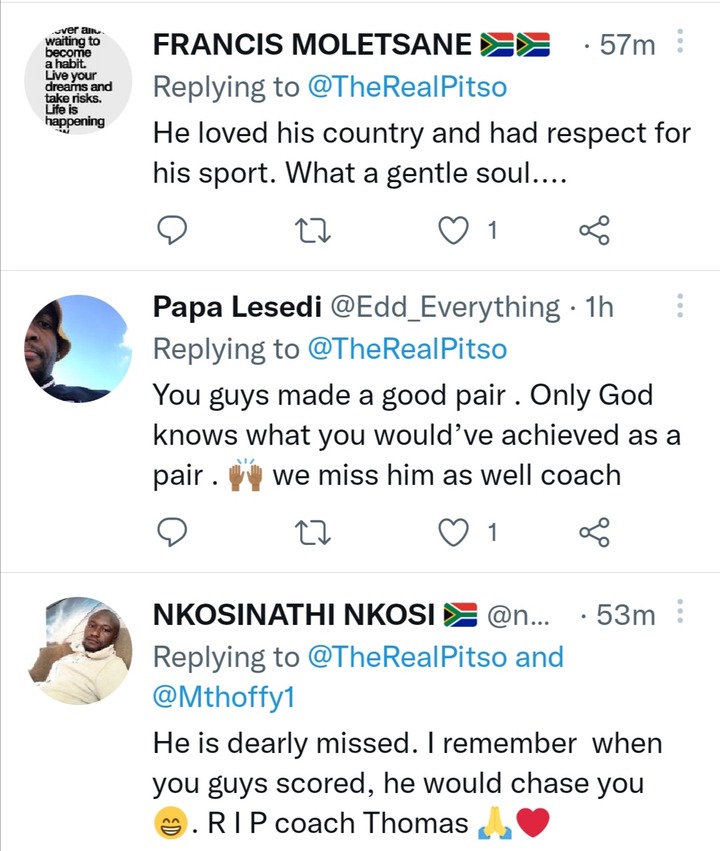 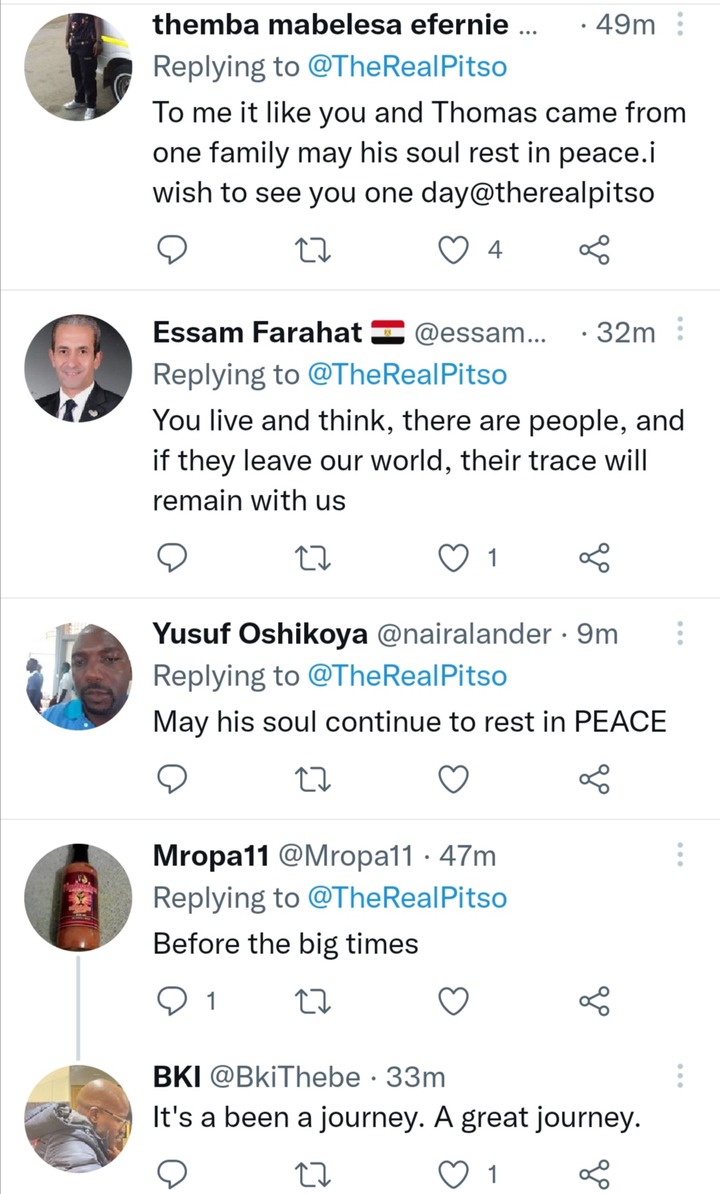 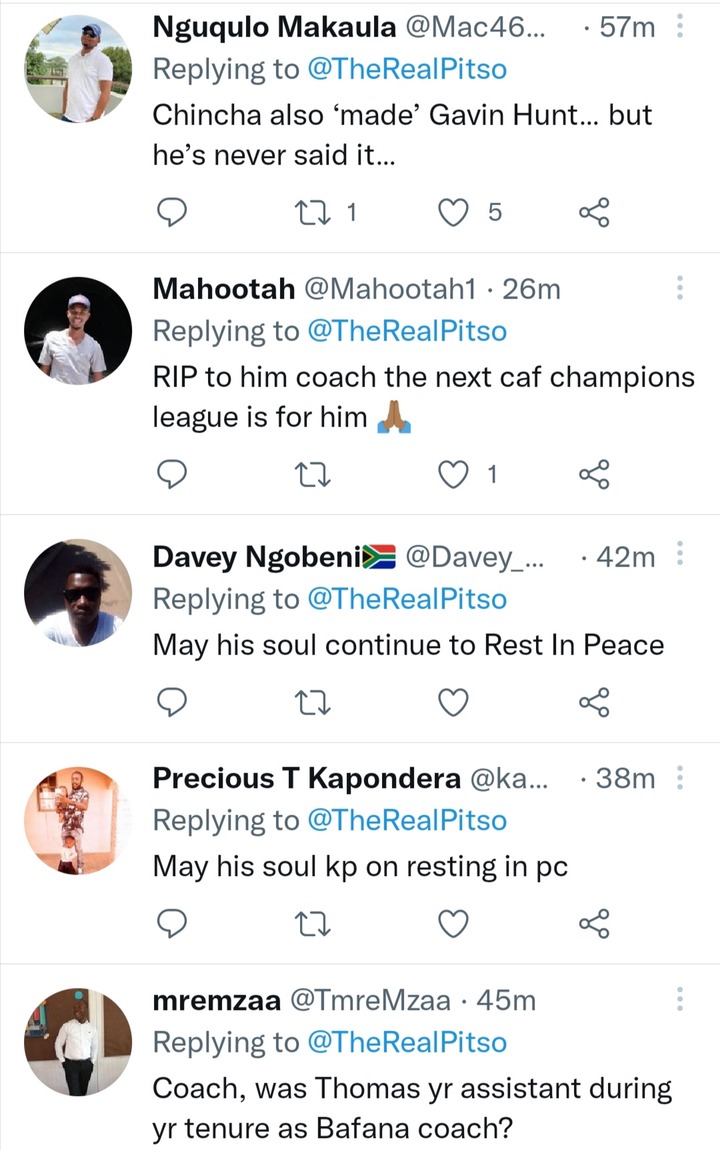 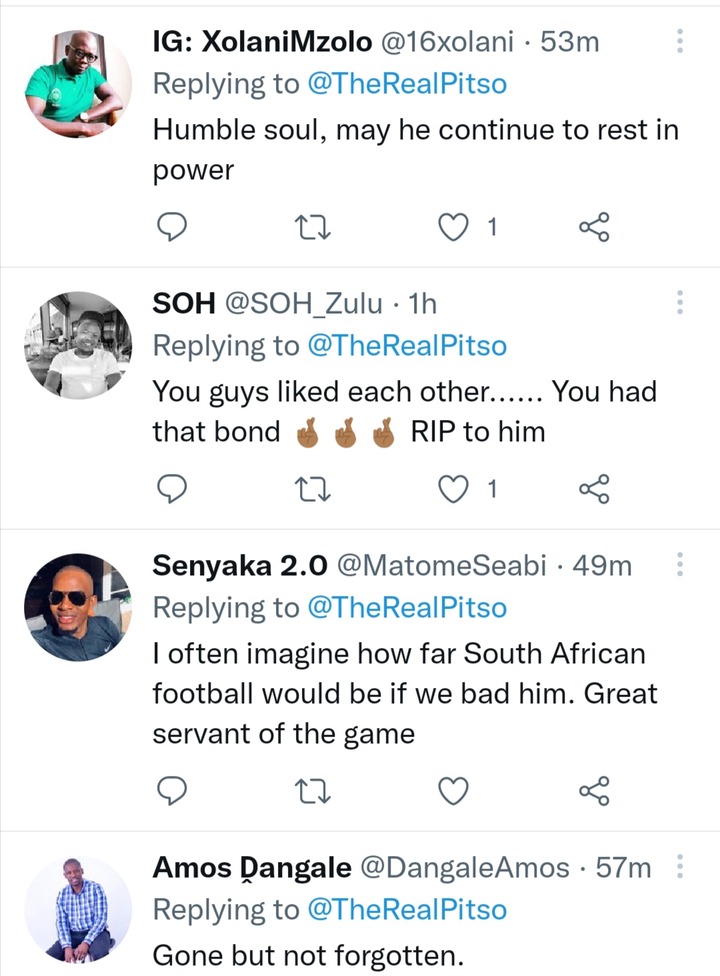