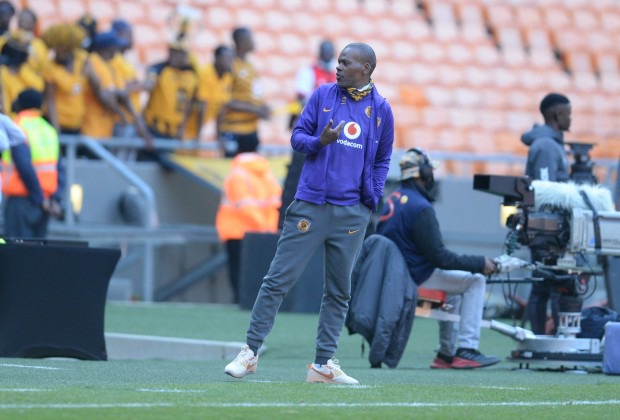 Kaizer Chiefs break mentor Arthur Zwane has uncovered everything he said to his players at half-time during Sunday's DStv Premiership against Mamelodi Sundowns, as he attempted to caution them about the danger in the guest's assault.

Amakhosi needed to dig out from a deficit to get a point in a 1-1 draw with the bosses and really might have dominated the game, had Keagan Dolly's punishment not been saved by Reyaad Pieterse.

Zwane, however, uncovered that he informed his players regarding the inclining passes and spaces Sundowns can make in the resistance box. Chiefs yielded four minutes into the final part, as Aubrey Modiba got the opener.

"In last part, we began exceptionally sluggish. In some cases football you attempt to caution players about specific things that are going on in the game. At half-time, we informed them regarding the inclining passes and we wound up surrendering from exactly the same corner to corner (pass), on the grounds that Themba would proceed to draw in Njabulo and clearly make space behind Njabulo. We attempted to manage that. We did that well in the principal half, yet they were minutes where they might have rebuffed us, however they were not satisfactory cut possibilities. They were half possibilities," Zwane told media at FNB Stadium after the game.

"At the point when we yielded that objective, it was only a slip by of focus. Njabulo made that space. We told him 'don't go in there, let Siya (Ngezana) or one of the guarded midfielders to space in there and you stay with whoever will come from wide'. I accept we might have forestalled that."