By Meloo (self media writer) | 1 year ago 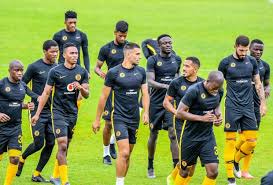 Following Kaizer Chiefs impressive form this campaign that sees them top the league standings going into the new year, we take a look at the top five players that the Soweto club signed to bolster their squad in their 2019/20 Absa Premiership League campaign and their reported salaries.

Below is the list of the new Kaizer Chiefs signings and how much they rake in monthly according to Transfermarkt.com.

Yagan Sasman is South African professional footballer that plays for Kaizer Chiefs as a defender on a three year contract. He was born on 10 July 1996, he is currently 24 years old.

Born and raised in Accra, Ghana. Kotei began his football career in 2002. James is a professional Ghanian footballer whose career has taken him beyond the shores of his country. He was born on 10 August 1993, he is 27 years old.

He is a an Australian South African football player who plays as a central midfielder for Kaizer Chiefs in the PSL. He was born on 5 September 1991, he is 29 years old.

He is a Serbian football striker who currently plays for Kaizer Chiefs. He was born on 13 June 1992, he is 28 years old.

He is a Zambian football player who plays as a forward for Kaizer Chiefs and the Zambia national football team. He was born on 20 January 1994, he is 26 years old.