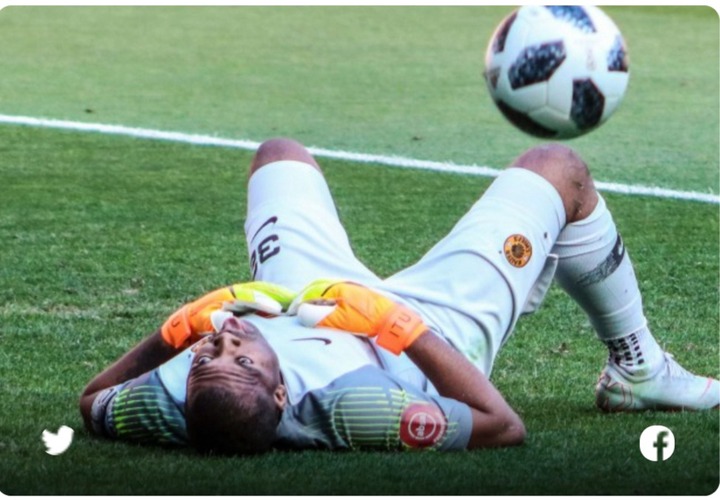 It's time, according to a retired goalkeeper, to accept the truth that Itumeleng Khune's time as Kaizer Chiefs' first-choice goalkeeper is over.

Khune has yet to participate in the league this season, with his solitary outing coming against Mamelodi Sundowns in the MTN8 in mid-August.

Since then, the veteran goalkeeper has only made one appearance in the matchday squad, with Bruce Bvuma and Brandon Peterson swapping places to fill in for Daniel Akpeyi.

"Instead of being stuck in the past, we need to be realistic," argues Ronnie Kanalelo, a former Mamelodi Sundowns player.

Khune, who is under contract through the end of next season, has only appeared in about a quarter of the Chiefs' games over the last four years.

"There is no doubt that he (Khune) has done well in the past, but injuries have hampered his game, and he is not getting any younger." There was Brian Baloyi before Itumeleng Khune, and before Brian, there were other keepers.

"We have to be realistic because we don't know what the underlying problem is with him not being able to sit on the bench. In Bvuma and Peterson, the Chiefs have three more keepers, two of whom are younger and equally good. I believe the club has realized that it cannot remain locked in the past, and Bvuma is the future because he is a member of the national squad.

"In his game, Akpeyi has a calm demeanor, so he isn't flashy or well-liked, but what important is that he gets the job done. Itu can still play for another four or five years, but the question is if he wants to play for another club at that time.

"Chiefs are doing OK without him right now, and we don't know if he still has it in him to play for them. I'm not going to go into detail about what Itu did when he first came through to take over at Chiefs and in the national team 10 or 15 years ago "Kanalelo opined.