Kaizer Chiefs' most recent: Mike Makaab announced the arrival of the next player at Naturena! 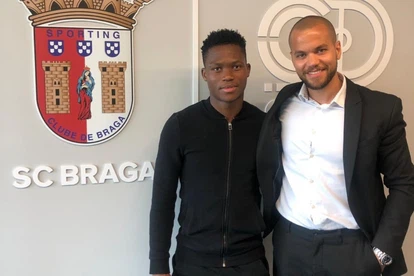 Makaab has just revealed Amakhosi's latest signing, and the good news is that this player will be announced this week!

He is a highly talented player who the Chiefs have been pursuing for months.

Makaab acknowledged the most recent talks between himself and Kobamelo Kodisang, as well as SC Braga.

"I can certainly tell to you that the only team we have engaged in South Africa is Kaizer Chiefs, and that is the current condition," Makaab said on Goal.

"We are making progress, but most significantly, we must overcome the obstacles posed by our decisions with Braga." We hope that in the next two to three days, the conversation will progress to the point where a decision can be reached." He continued.

That is, a final decision could be reached in the coming days. Despite these obstacles, Makaab is convinced that he will deliver the star to Naturena.

He would be the eighth official signing and the NINTH new Amakhosi player.

Kodisang is one of the most promising players available to Amakhosi.

We anticipate he will be confirmed as Amakhosi's ninth signing this week, so keep your fingers crossed, Amakhosi!