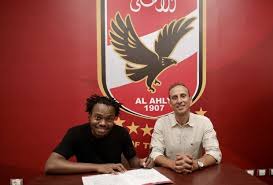 Former Brighton and Hove Albion attacker Percy Tau's move to Egyptian giants Al Ahly has caused a lot of debate among the soccer fraternity in the country, with the main sticking point being whether moving down to the Egyptian Premier League is benefecial to his career or not.

Tau had contrasting fortunes on his European advanture, since he was signed by the Seagulls in 2018 from Mamelodi Sundowns. 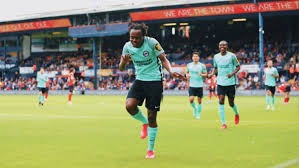 The English side immediately loaned him out, initially to Belgian sides Royale Union Saint-Gilloise, which was at the time not in the top tier and later he earned another loan move to Club Brugge, where his European career started to take off.

After outstanding performances for Brugge, 'The Lion of Judah' went on another loan to another Belgian side Anderlecht, where he did not really set the Belgian Pro League alight but did enough to finally join parent club Brighton in January this year. 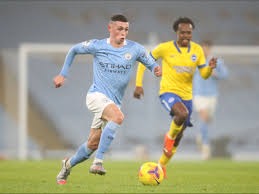 However, although Tau was drafted into the Premier League club's squad and had cameo appearances that were promising towards the end of last season, he struggled to break into the team, which meant he did not have enough game time.

Tau was expected to bide his time and fight for his place in the Brighton team but made a surprise move, agreeing to a move to the Red Devils in the recently completed transfer window, linking up with South African coach Pitso Mosimane, who played a huge part in turning an unknown Tau into a star at Sundowns.

The South African watching public got to see the former Brazilians forward in action for the first time this season, in the Bafana shirt against Zimbabwe this past Friday, in the opening match of the 2022 FIFA World Cup qualifiers. 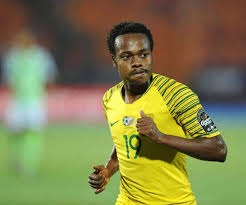 Tau was expected to get inspire Bafana in attack but South Africa drew blanks in Harare, in a match that ended goalless.

New Bafana coach Hugo Broos defended Tau after the game, as he explained that the reason he took him out towards the end of the match was because he's still struggling with match fitness.

"Percy I don't think at the moment is in his best shape," Broos was quoted as saying in a post-match press conference by Kickoff. 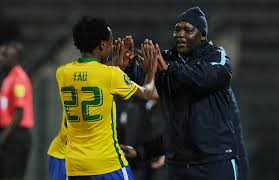 "This is normal and you could see that he missed the tempo of the game so that is something for him also to work on over the next few weeks," he said.

"But he remains a good player and why he stayed so long on the pitch. I hope for the next games in October and November we will have a much-improved Percy Tau than we have at the moment." 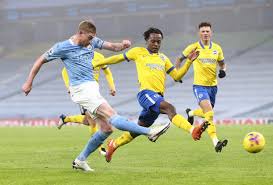 The answer to questions as to whether Tau made a bad career move or not in joining Al Ahly, could be in Broos' statement - 'The Lion of Judah' simply wanted game time and at the age of 27, he made a good choice reacting to his situation now than wait for things to get worse.