By WeTalkMedia (self media writer) | 17 days ago

Claudio Ranieri, the former Chelsea and Leicester manager, has returned to the Premier League after signing a new contract. After winning the Premier League title with Leicester City in the 2015/16 season, Ranieri had a good and successful stint there. Leicester's promotion to the Premier League from the Championship and subsequent history was recognized as one of the greatest sporting stories of all time. In 2018, he was fired by the club and hired as the head coach of Sampdoria FC in Italy. 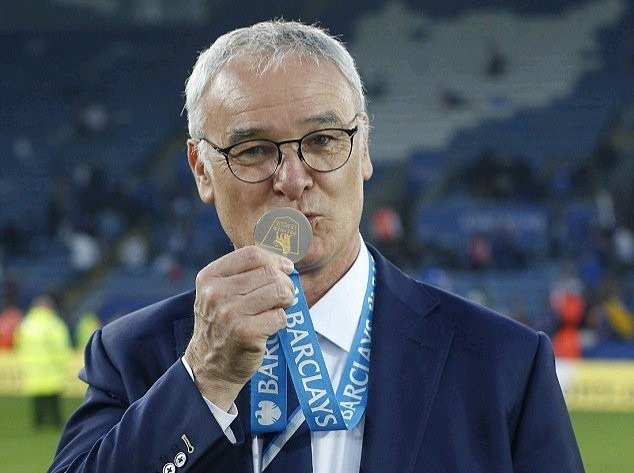 Ranieri has agreed to become the new coach of Watford FC, one of the premier league's biggest clubs, according to Skysport football source and Sky Italy.

This comes after Xisco Munoz, the club's coach, was fired on Saturday following a loss to Wolves.

After signing a three-year contract, Ranieri, who formerly coached Chelsea FC, will be unveiled as the club's new manager today.

He is an experienced coach who is capable of bringing Watford to the next level and restoring their league form. 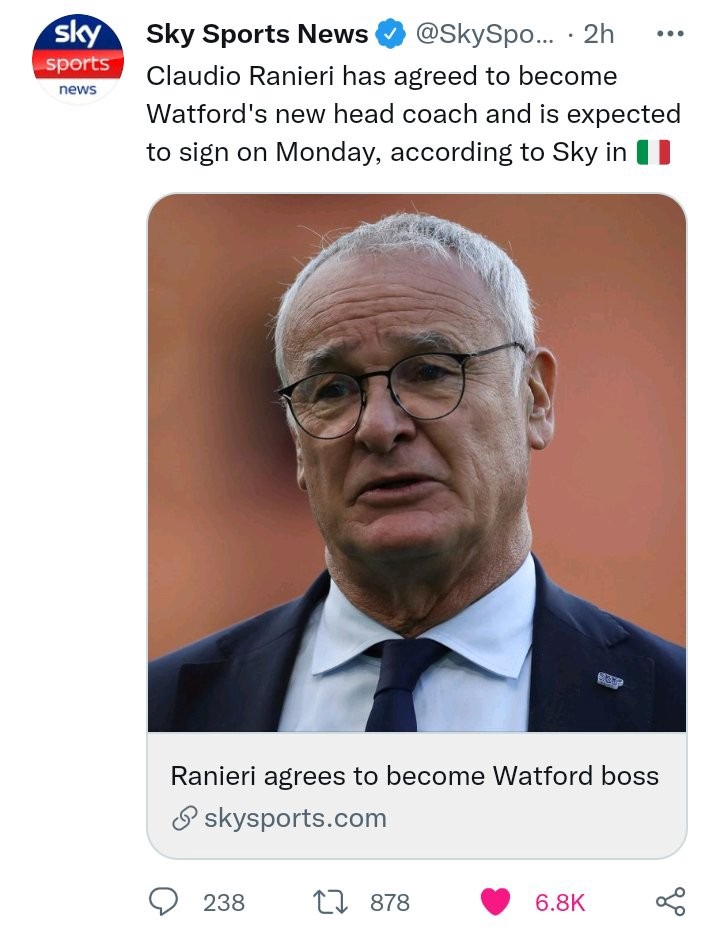 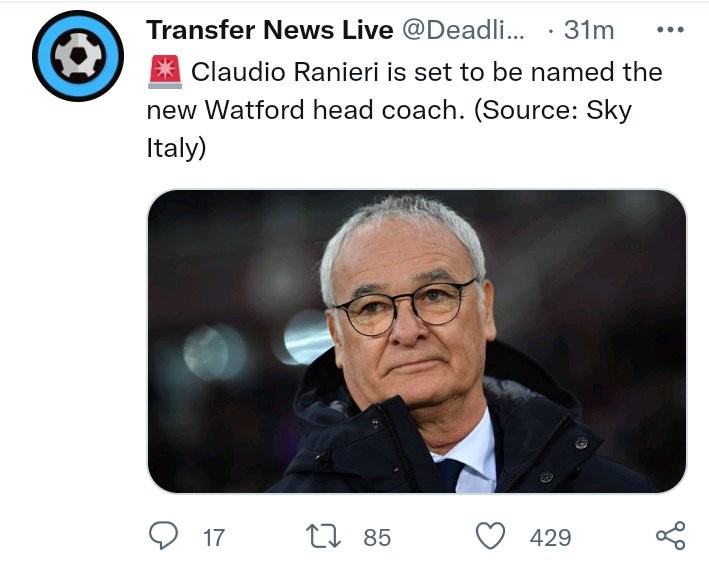 Things You Should Never Do While Spending Time With Your Partner.

Here is how to collect your R350 Sassa grant at Boxer.

Good News: If You Are HIV Positive, This Is For You.