By UpdatedDaily (self media writer) | 3 months ago 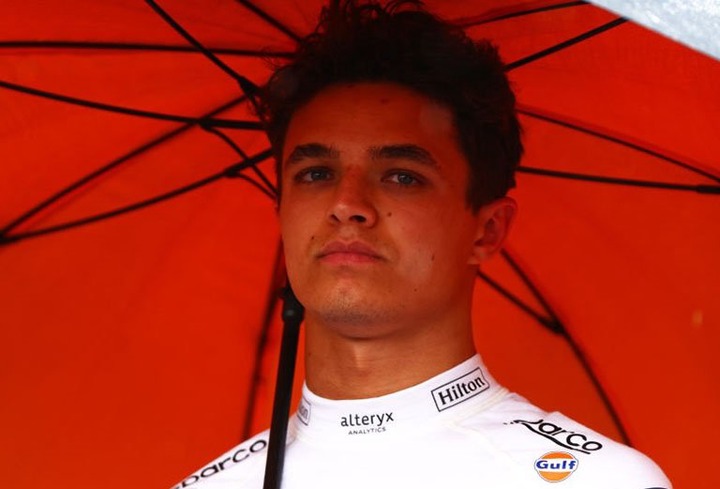 The British driver, 21, lost control of his McLaren during the treacherous Eau Rouge, slamming into the wall and pirouetting four and a half times before coming to a halt. 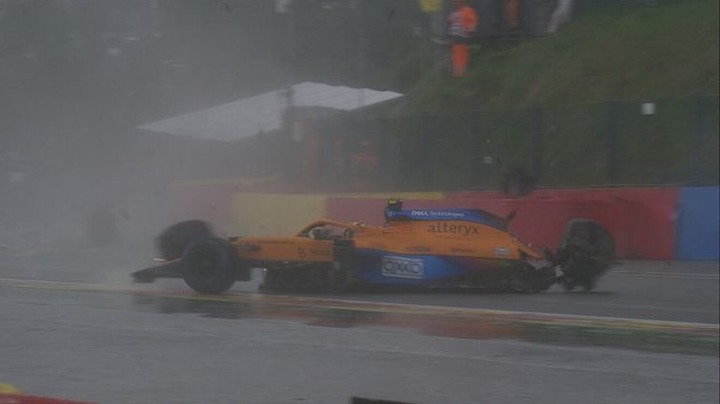 Norris' McLaren was totaled in the accident, and the front-right wheel was also ripped off. 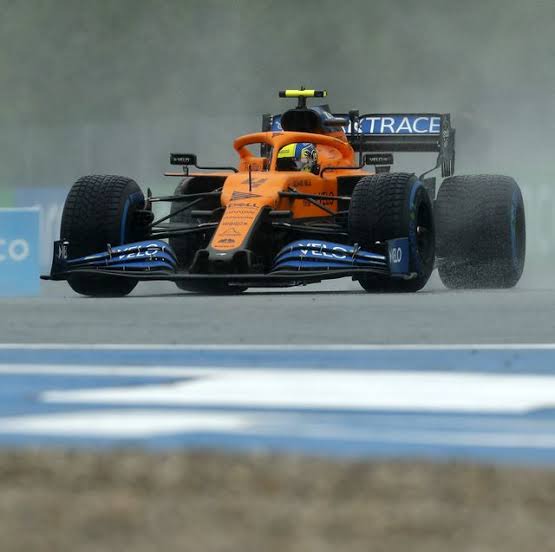 The cameras cut away from the crash and to Norris' McLaren garage, where his visibly concerned colleagues stood with their hands on their heads.

Fortunately, a clearly exhausted Norris reported to his race engineer, Will Joseph, that he was unharmed by the red flag. 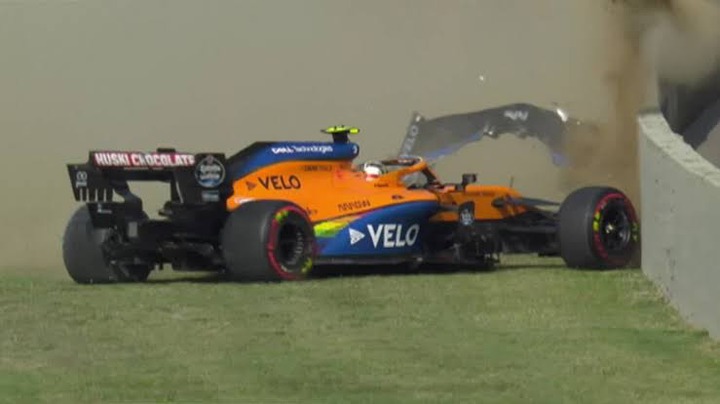 He emerged from his wrecked cockpit unaided, though he was still holding his lower left arm as he was taken away in the medical car and examined at the on-track medical center. 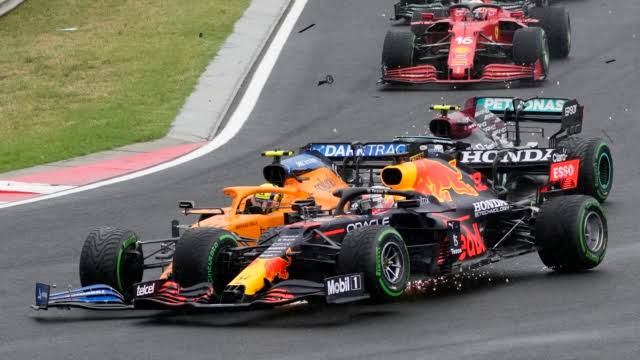 Norris was one of the frontrunners to claim pole position, finishing first in both Q1 and Q2. 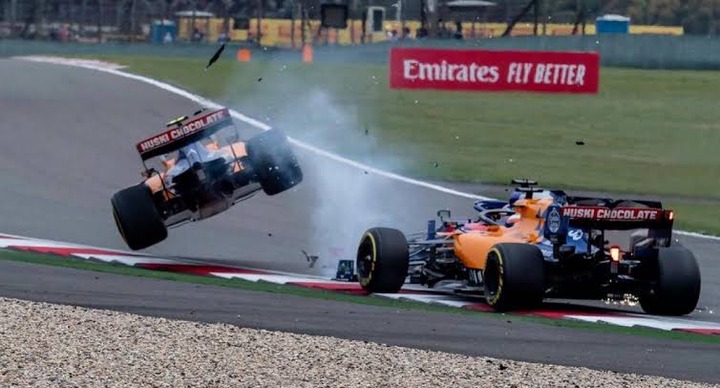 nt happened just moments after four-time world champion Sebastian Vettel demanded over his Aston Martin radio that the rain-soaked Q3 session be halted because the track was unsafe to drive on.

On the track, Vettel was the driver who came after Norris.

When he was informed of the accident, he yelled over the radio, "What the f*** did I say?" "So, what did I say? The red flag. It's not necessary. Is he all right?" 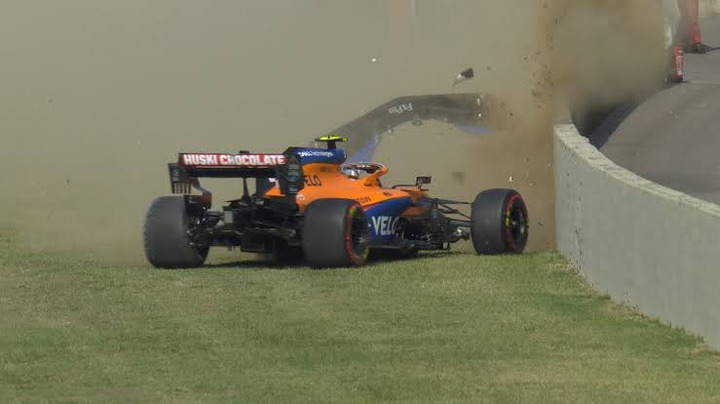 Vettel pulled alongside Norris' wreckage, giving his fellow driver the thumbs up before driving away to check on his condition. 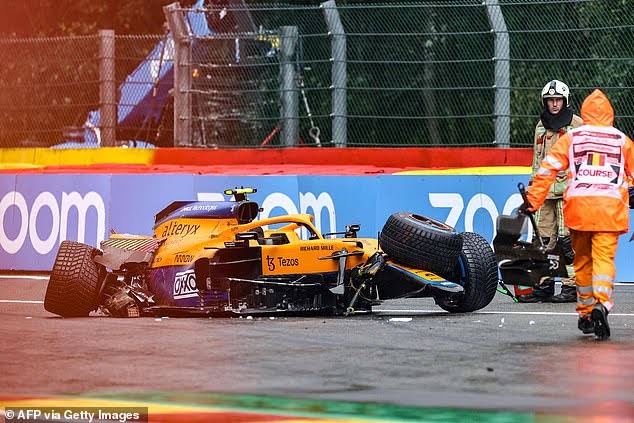 Anthoine Hubert, a French Formula Two driver, was killed at the same corner two years ago, and two drivers were hospitalized after a six-car pileup in Friday's W Series qualifying session at Eau Rouge. 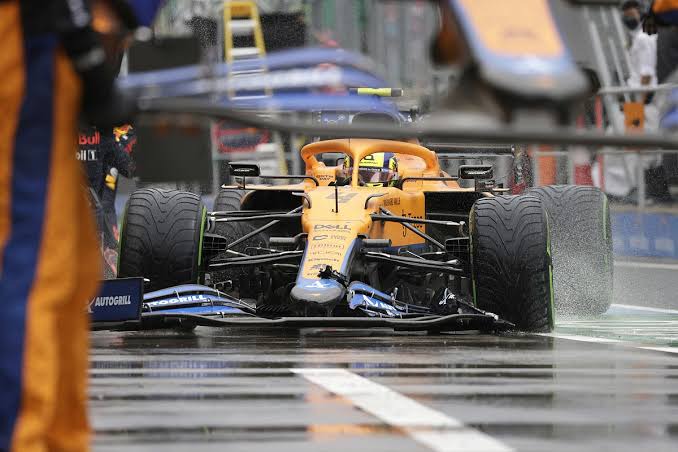 DUDUZANE SPELLS out Intentions To Run For 2024 Presidential Position