If Pep Guardiola's side is to win another Premier League championship, he will surely need more than the 12 senior outfield players he brought to the Midlands. However, it's no surprise that any injury problems at the Etihad are received with a roll of the eyes throughout the league when the players he does have perform as well as they did in a 2-1 victory against Aston Villa. In the first half, City were just superb. 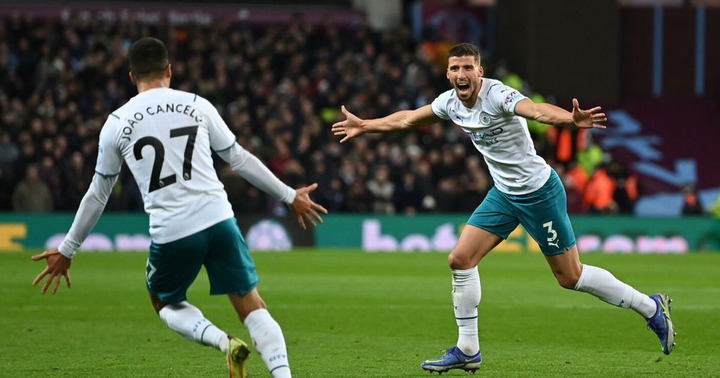 With Kyle Walker, John Stones, and Ilkay Gundogan ruled out, joining Kevin De Bruyne, Ferran Torres, and Aymeric Laporte on the sidelines, and Phil Foden and Jack Grealish unable to start, there were plenty of anxious Blues waiting for Aleks Zinchenko, Fernandinho, and Nathan Ake to return to the starting lineup. When the teamsheet appeared, Guardiola's warning in his pre-match news conference resonated even louder. 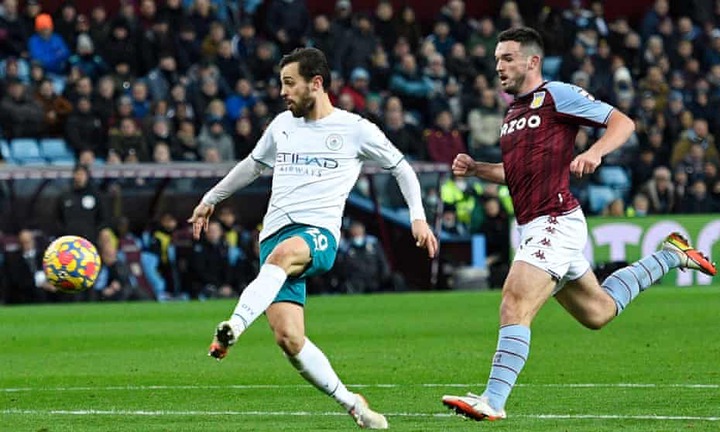 All of the anxiety was drowned out by Mike Dean's first whistle, as City set about destroying a team that had been on the rise under new manager Steven Gerrard, with two wins in a row. Two of the more in-form players, Joao Cancelo and Rodri, both forced superb stops from Emi Martinez in an extremely dominant first ten minutes that saw the Blues set up camp in the Villa third with over 85% control. 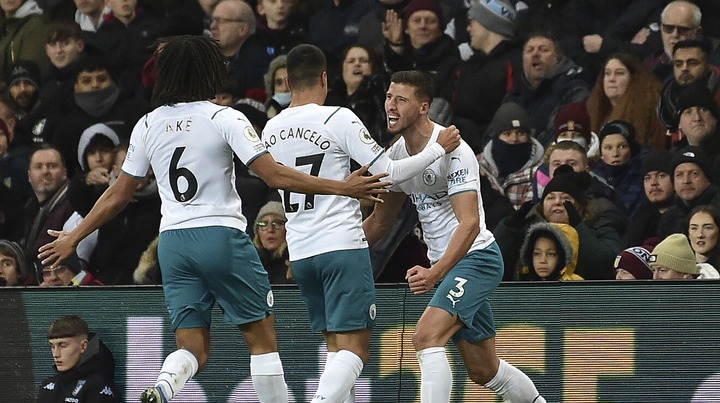 Zinchenko came to the rescue when the home team eventually broke through and tore the pitch apart, getting his body in the correct place to block a shot on the edge of the six-yard box. Soon after, it was Ake's chance to shine, as he sped past Ollie Watkins to clear a fizzing cross from Douglas Luiz that had been ready to be put in. City's goal shortly before the half-hour mark summed up the collective effort that this squad is founded on. 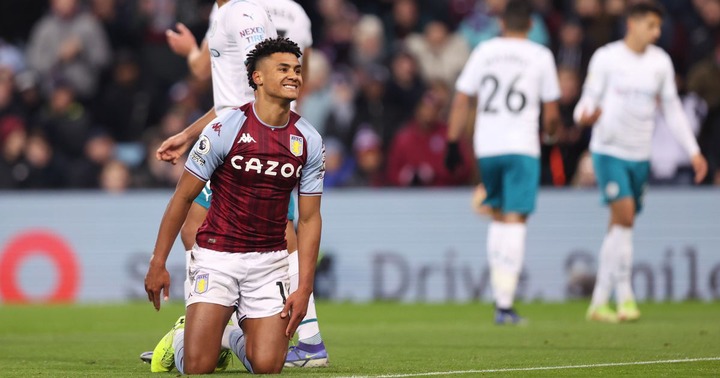 After losing Sergio Aguero and failing to sign Harry Kane as a replacement, Guardiola was left speechless as centre-back Ruben Dias thrashed the ball into the corner of the net with his weaker left foot from the edge of the box; Dias became the 17th member of the squad to score in all competitions in their 21st game of the season.