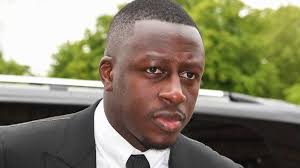 The 27-year-old player stood in the dock at Chester Crown Court and repeated: "Not guilty" as the charges were put to him and he entered pleas for the first time. 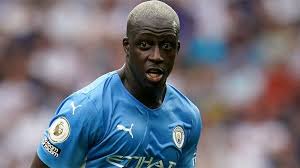 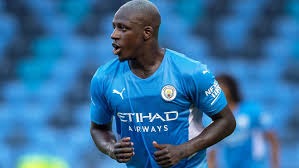 Mendy was suspended by City after being charged by police.Both defendants are on bail.

Manchester City has abandoned him, not given a chance to prove he's innocence if he is innocent, Manchester is Red.

The world is against all black men in the world Don't argue with me it's a fact.argue with my key pad.

It's hard to be a black man in Europe ,hope the fellow Africa learned the lessons from Menday and Greenwood.

The people hate him because of his skin colour I swear Enland is racist I mean look at zouma as well the guy being punished because of a cat.

I am not saying he was right to do that to a cat but why go so far for a cat again because of his skin colour  I swear if Zouma was white all of this was never gonna happen same goes to Mendy.

African players need to be disciplined at all times, in Europe it's not like here were you buy 1 bottle of alcohol & assume that you're dating or she's agreed to go with you.

You're not allowed to touch someone else's private part or pass nasty compliments. Ladies over there are not like Zodwa wabantu, they know their rights.Let justice prevail.

Black man not anyone’s favourite in any part of any world they live in. Cristiano Ronaldo had been accused at some point and the case swept under the carpet.