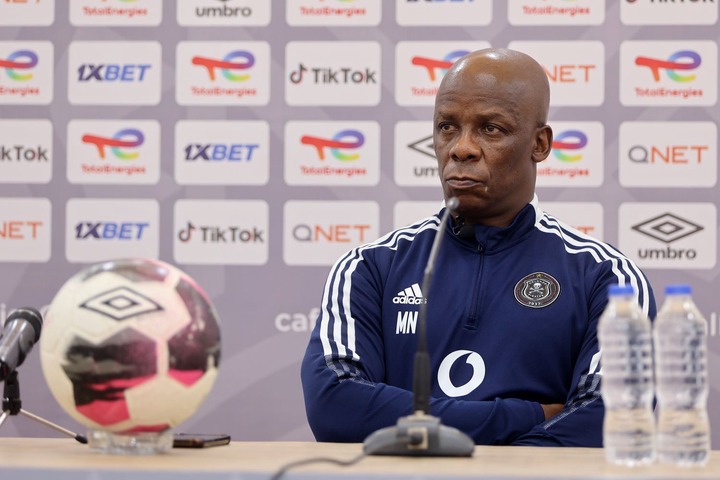 Orlando Pirates co-mentor Mandla Ncikazi portrayed the group's 5-4 misfortune on punishments to RS Berkane in the last of the Confederation Cup as a miserable misfortune at the Godswill Akpabio International Stadium last Friday.

This is after the Soweto goliaths played better compared to their rivals and made various scoring open doors, yet neglected to benefit from the possibilities made.

The game in the long run went into extra-time subsequent to completing at 0-0 in normal time. Privateers then, at that point, yielded through a punishment in extra-time, yet a decent battling soul saw Bucs paw their direction back into the match, on account of Thembinkosi Lorch lucky objective.

Ncikazi is taking a gander at forgetting what unfolded in the last, expressing that the group's concern this season has been tracking down the rear of the net.

"A misfortune like this is exceptionally miserable, as mentors we have an obligation to lift up the players, we have an association match on Tuesday. Also, these are the very players that should play. It has not been a decent season for our group and the reasons are the ones you saw today where a match is overwhelmed like we ruled," said the Bucs co-mentor.

"Be that as it may, the result toward the end isn't equivalent to how you played. Players will return, Pirates will return and Pirates can play far superior to they did on Friday. It is a major brand and we simply need to demonstrate that."

Lorch, who acquired Pirates back the game, wound up missing the punishment, which gave Berkane the benefit to win the tie.

The midfielder, in any case, was casted a ballot as the man-of-the-match for his extraordinary exhibition by and large which saw Bucs overwhelm the North Africans generally of the match.

Privateers will presently move their concentration back to the DStv Premiership as they have Maritzburg United at the Orlando Stadium on Tuesday.