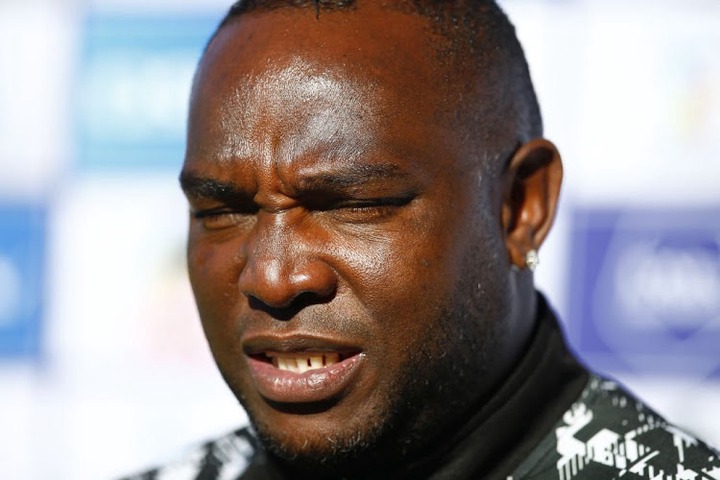 Benedict Saul "Benni" McCarthy is a South African coach and former footballer who was appointed Head coach of the Durban based PSL team, AmaZulu FC on 14 December 2020.

Surely he had a sparkling career as a footballer, but through his public outbursts, a football coach without good judgement in public is like a golden ring in a pig's snout. Check out the list of his angry outbursts.

After exchanging words with the opponent coach, Benni could be head saying, "You have lost every bit of respect l had for you. That is why you're always broke," McCarthy shouted.

While they were in good form, AmaZulu suffered a frustrating 1-0 to Orlando Pirates in May, as usual Benni didn't hide his displeasure towards referee Qunta.

" So losing is part of the football, l'm not bitter. I can take losing but when you lose in that manner, not against your opponent but the man in the middle, what is this, a joke?

" lt is the first time l have seen this referee, how can the league even consider (him for) a game of this magnitude the team that's want to finish second is behind you."

Following Amazulu's recent shock 1-0 defeat to Nyasa Big Bullets in their historic first ever CAF Champuons League game, McCarthy could be heard telling an opposition player to "shut up" on the sidelines.

After the game he didn't hide his frustration with his own team.

"lt was a horror show for me. Were nowhere close to our best.

" You look at the opposition, they did nothing in the game.

In December 2017, Mccarthy's former club were forced to play a home fixture against Maritzburg United in KwaZulu-Natal after there were no available venues in Cape Town.

"The Cape Town Stadium is unavailable due to the setting up of Rugby Sevens, but we have become accustomed to being removed from Cape Town Stadium for events far less significant. Football has been sold lies in Cape Town," He said.

Tembo is not the first coach rha McCarthy has called broke. He previously engaged in a heated scuffle with former Wits coach Roger de SA as an Orlando Pirates player during the 2011 Telkom Knockout final in Durban and is reported to have said:

"Listen here, what have you achieved in your career? Who are you? I will pay your salary out of my own pocket, You are nothing.