New Pirates coach reveals how he wants his players to play going into the rest of the season.

The new Pirates coach explains the type of game he expects his team to play the rest of the season.

It seems more like a celebration, says the new Pirates coach. 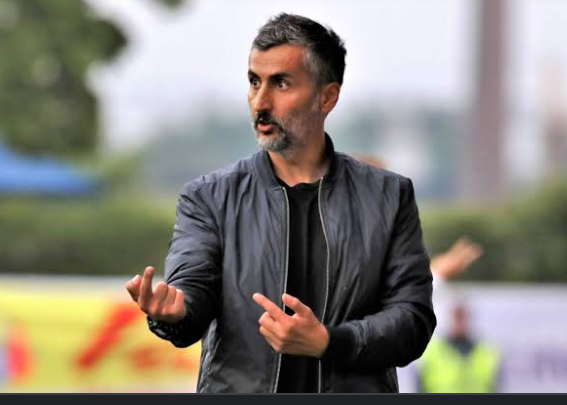 Orlando Pirates' new coach José Riveiro has explained the way he wants the Buccaneers to play going into the rest of the season.

Orlando Pirates beat their neighbors Swallows at the Orlando Stadium on Saturday to kick off their 22/23 DStv Premiership campaign successfully.

After scoring four goals in three of the club's preseason friendly, the Cameroonian international kept up his impressive start to life at Pirates.

Swallows gained momentum in the second half by applying more pressure, but there were no clear-cut opportunities as a result. Instead, The Birds were left vulnerable by the attempt to equalize, and Pirates took advantage of the opening with several counterattacks that were unsuccessful in scoring a second goal. Deon Hotto, Eva Nga, and Lorch all had scoring chances, but none of them succeeded in scoring.

At the post-game press conference, Bucs coach José Riveiro acknowledged his happiness over his team's victory.

"I’m so happy with the way the game began. We had about 22 or almost 30 minutes where we controlled the game very well and we created enough chances."

The Spaniard added said the first-half display, in particular, was how he wants Pirates to play throughout the season.

"Talking about the chances we missed that means the plan was good and we played the game the way we wanted to play," he said.

"In the first half, you could see a close-up version of the team we want to be this season."

Prior to going home to host Chippa United at the Orlando Stadium in Soweto on Sunday, Riveiro and his team will face their next challenge on Wednesday night against the fourth-place finishers from the previous season, Stellenbosch FC.

Five nabbed on their way to allegedly commit this crime