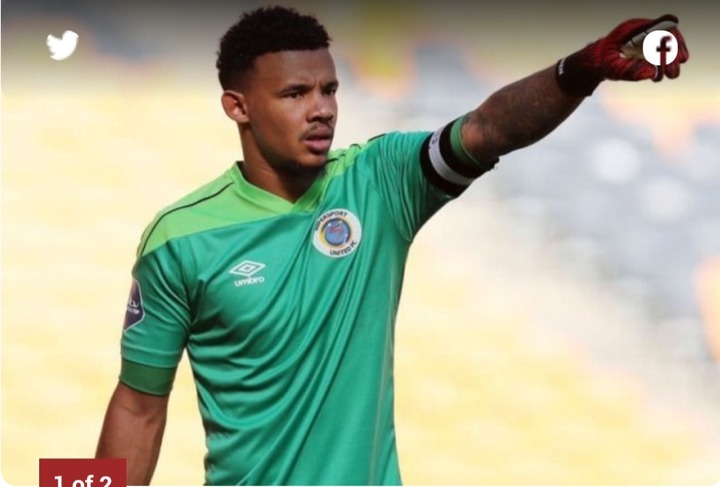 Aime Kitenge, a former goalkeeper, says Ronwen Williams of Bafana Bafana has overstayed his welcome at SuperSport United and has to move on to advance his career.

Williams, who turned 30 on Friday, is still on SuperSport's books, where he is guaranteed a spot in goal as captain and made history last year by being the first goalie in domestic football to play 100 games in a straight.

Talks of a move to Orlando Pirates are still circulating, while Kaizer Chiefs has also been suggested, with SuperSport expected to cash in on their best players this year, given what is going on behind the scenes at the club.

"How long has he been at SuperSport United?" "I mean, what's in it for him to stay at SuperSport?" says Aime Kitenge, a retired goalkeeper.

"At SuperSport, he has no challenge and will not develop beyond where he is currently, which is problematic in football given that he is also the captain of the national team goalie.

"It's time for him to depart because he's been there long enough, and SuperSport isn't interested in winning the league any longer. He's gathered all of the necessary experience, and now it's time to take on new challenges with teams like the Pirates and Chiefs. With his current profile, he belongs with the Pirates or Chiefs, and he is no longer a youngster.

"He has no competition at SuperSport because his spot is secured every week. He needs to get out of that safe haven and compete with other keepers who share his aspirations.

"At the bigger clubs, he'll be compelled to improve his game rather than basking in the security of knowing he'll play every week." Staying at SuperSport will not help him progress.

"If he stays at SuperSport as Bafana captain and first choice, he will always have the same mindset and will eventually lose his spot in the national team because a better keeper from a bigger club would rise."

As a result, he has to strengthen his position in the national squad by playing for stronger teams. This is the ideal moment to embark on new adventures. "I even think he's been putting it off for much too long," Kitenge says.

Women are dashing for cloves, This is are the blessings to girls

Bulls attacking people, have a look at the photos

For guys : 5 ways to attract a pleasing woman