By Zaddy (self media writer) | 6 months ago 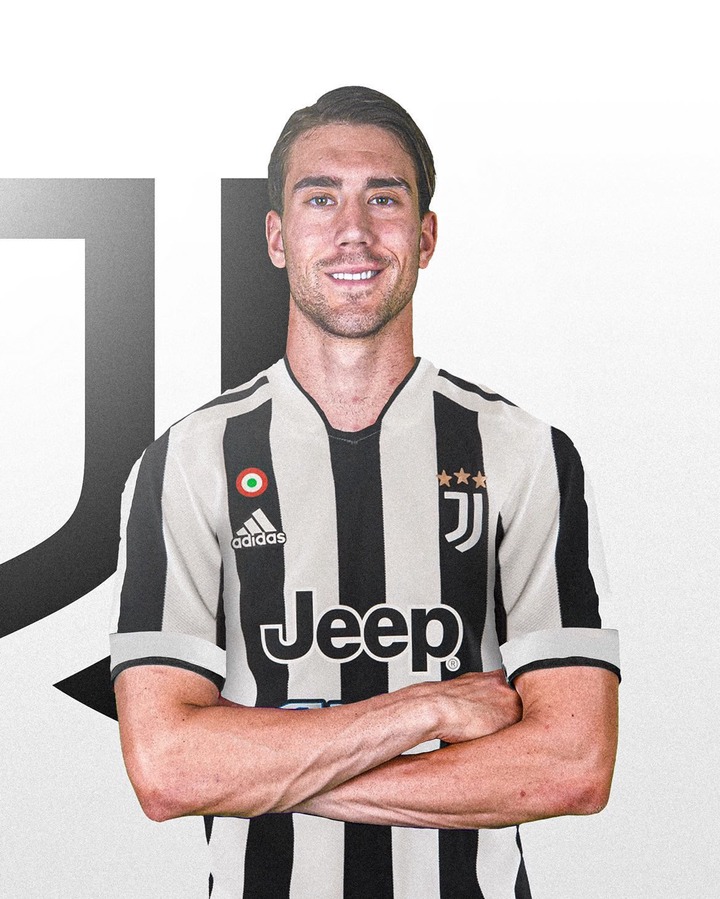 Dusan Vlahovic has joined Juventus after he completed his medical in the afternoon on Friday in Turin. He joins Juventus on total agreement with player, agents and Fiorentina, he joins them on a 70 million euros deal with 5 mil euros add ons and 7 mil euros per season to the player and he signed a 4 year deal according to Fabrizio Romano and Juventus.

The 21 year old was linked with a move to England and he was linked with clubs like Man City and Arsenal according to Sky sports News. Vlahovic is the perfect no9 for Juventus because he has adapted to the Serie A. He joined Fiorentina in 2017 and played in the youth league he made his Serie A debut with Fiorentina in 2019-2020 where he scored 6 goals in 30 appearance in the league. In 2020-21 this is the season where Vlahovic made a name for himself in the footballing world he scored 21 goals in 37 league games which made him the 4th top scorer in the league despite Fiorentina finishing 13th in the league. This season he is the 3rd highest goalscorer in the league scoring 8 goals in 12 league appearances and he averages a goal every 134 minutes.

Another reason that makes him the perfect no9 he is a left-footed deep-lying hold up striker. At 21 he is 6foot 3 he uses his strength to hold position, distribute it to the wings and charge into the box and uses his aerial or goalscoring ability to score. He started scoring goals more regularly last season and looks to be consistent, in 19-20 he scored 6 goals from 17 shots on target, whereas in 2020/21 he managed to score 21 from 34 shots on target. His expected goal(xg) value of his shots has increased the distance he's taking when shooting from has decreased, his decision making has improved as he has adjusted to the league and also taking fewer shots per game but he's hitting the target more often another sign of improvement.