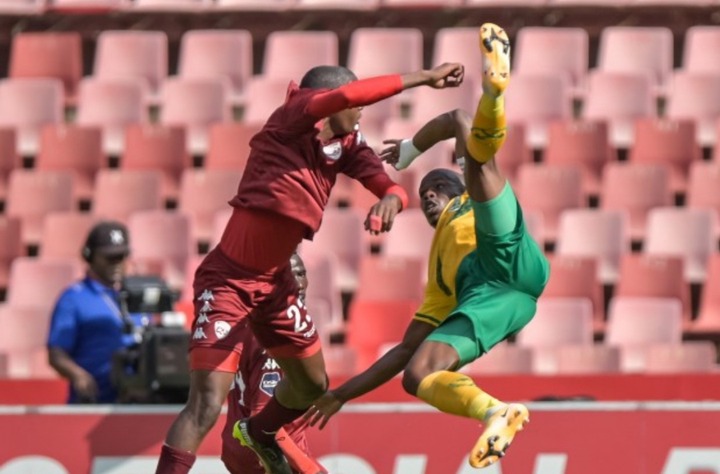 On Saturday afternoon, the Golden Arrows let another lead slip away as Sekhukhune United came from behind to force a 1-1 draw.

An aggressive start resulted in chances on both ends, with Nkanyiso Madonsela finding space to pull a shot across goal before Saziso Magawana stung Toaster Nsabata's palms.

The opportunities for Abafana Besthende didn't stop coming, and as the last ten minutes of the half approached, Knox Mutizwa nodded a crucial cross from Mthokozisi Dube wide.

Sekhukhune were tasked to make a substitution with 41 minutes played, which had new signing Sibusiso Hlubi withdrawn and Vusumuzi Mncube dropped into the field of play.

Sibiya sent a reverse pass from a swift break-attack straight to an unmarked Gumede, who finished with a calm one-touch finish past Nsabata nine minutes later.

The breakthrough came only seconds after Sifiso Mlungwana, the Arrows' goalie, denied Madonsela the chance to beat his former team.

In the midst of the second quarter, Abafana Besthende started looking for a cushion strike when Sibiya played a cutback to Mutizwa, who dragged over.

Babina Noko gradually regained control and drew level from the penalty spot with eight minutes remaining when Maart sent Mlungwana the wrong way after a foul in the area.

With two quick chances at the death by Gumede and Thabani Zuke, the Arrows should have had the ultimate word, but neither pounced, and it finished honours level.

Here's how they started: