Lekgwathi: The problem with Orlando pirates is the introduction of new players 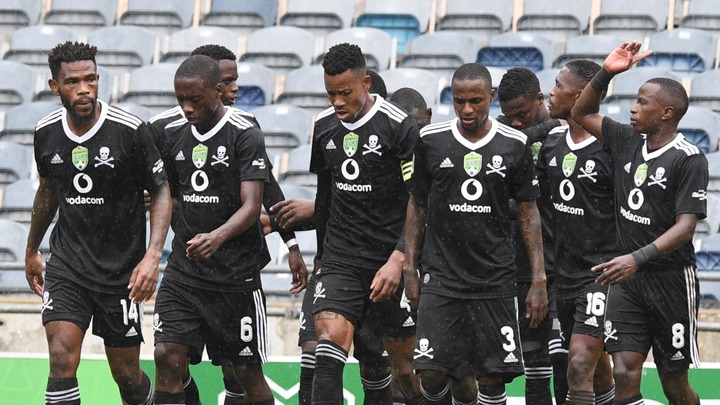 Bucs will start to see success, according to the retired star, if they take their time to build a strong team and avoid unnecessary roster changes.

Lucky Lekgwathi, a former South African defender and Orlando Pirates legend, has explained how the club's struggles in the Premier Soccer League began. Lekgwathi, a 12-year veteran of the Soweto giants and a title winner, has blamed the club's lack of success on massive changes in the playing unit and the inability to find a winning combination.

"Orlando Pirates are a new team," Lekgwathi explained to Goal.

"It's a new team, and I believe the coach is still looking for a winning combination. It's not going to work right now, so we'll just have to wait unless they keep chopping and changing. Every season, my team's problem is that it chops and changes.

"We buy five players and expect them to play simultaneously, which is incorrect."

The 45-year-old retired defender explained how the Buccaneers can learn from how Benni McCarthy, Siyabonga Sangweni, Thandani Ntshumayelo, Thabo Matlaba, and Tokelo Rantie were brought in and integrated into the team's structure, ultimately leading to glory.

"From personal experience, we had a strong team, but the chairman went out and signed new players, not just any players, but stars like Benni, Sangweni, Ntshumayelo, Matlaba, and Rantie," the former Bafana star explained.

"The fact that they were not introduced at the same time is a plus. He began with Benni for obvious reasons: he was playing for West Ham United at the time and was the best striker in the league. We were able to win another treble thanks to the guys. However, the coach now wants to introduce five players at the same time, which will not work. What will you do if you don't have the winning combination? I believe they are now working on a winning combination, and all we can do now is wait and see. Personally, I am confident that once the team has found a winning combination, they will begin to perform well."

"They won the MTN8 last year, and I hope they keep the same team this year. They will do well if they can maintain a winning combination. Take a look at [Mamelodi] Sundowns, for example. They do chop and change, but only two or one player at a time, not five or six."

Orlando Pirates, who have won the PSL four times, last won the championship in 2011-12.