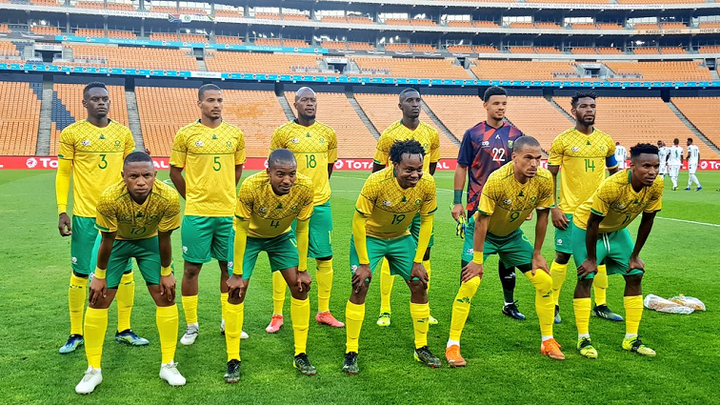 After the announcement of an international friendly against World Champions France, fans are fearful for Bafana Bafana.

During FIFA's international match window, the match will be one of two scheduled for the end of March.

Readers were alarmed to learn that Bafana Bafana had been assigned to face reigning world champions France. 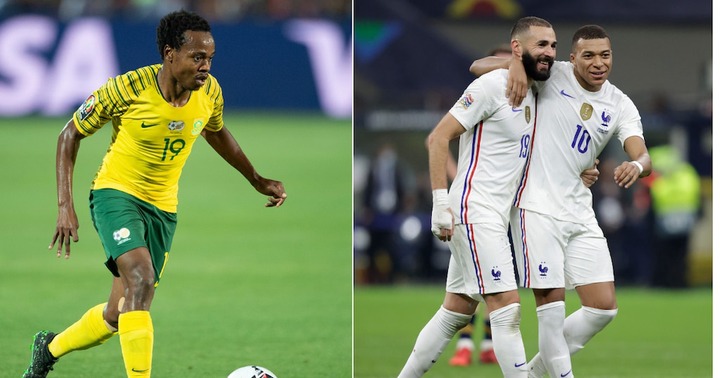 During the international games window planned for the end of March, the national soccer team will face both Les Bleus and Zambia. The locations for both games are yet to be determined.

Percy Tau of Bafana Bafana and Karim Benzema and Kylian Mbappe of France will clash in a friendly match.

Coach Hugo Broos told the Sunday Times that these difficult matches would prepare his players for future games. Both teams have met in four prior 11v11 matches, with the French winning two, South Africa winning one, and one match ending in a draw.

The two last met at the 2010 FIFA World Cup, when South Africa defeated France 2-1, according to BBC Sports.. 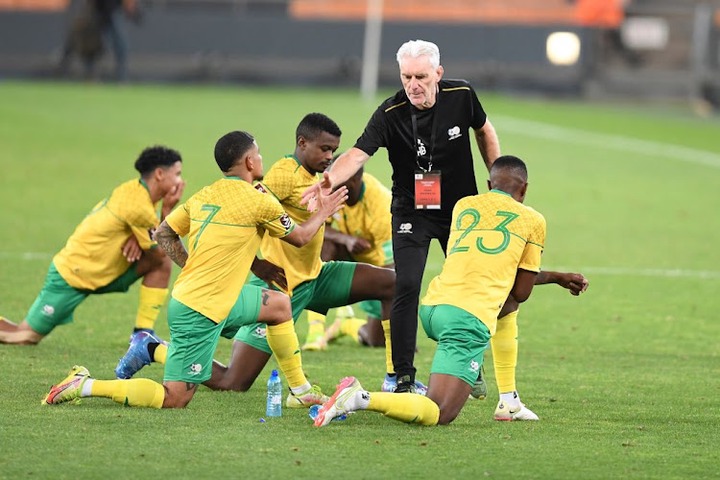 Fans are not optimistic about France's looming challenge.

"What's the aim of it all?" They should give up the game. They had already been defeated. Mxm."

"You chose France out of all the nations!" Yoooh! I'm curious as to how they plan to stop Mbappe and Benzema.

"We'll get smashed even if France decides to play with their D squad!"

"Why, Bafana, Mara?" The gentlemen are overconfident. A friendly match between South Africa and Swallows FC would have been ideal. Mbape and Benzema alone are capable of shattering the team's confidence.

Petrus Petrus expressed himself as follows:

"Bafana Bafana should retire from football and devote their time to amapiano music.

"We are all aware of the outcome. By the way, Mvala vs Pogba, Jali vs Kante, Blom vs Griezmann, and Big Benzema vs Njabulo Ngcobo are all matches I'd like to see!"

Bonang Matheba regrets the lack of Bafana Bafana at AFCON 2021.

While supporters might expect them to compete against the best in the world, they must first get over the disappointment of Bafana's exclusion from the 2021 African Cup of Nations in Cameroon.

According to Sports Brief, media mogul Bonang Matheba expressed grief at the situation, encapsulating the annoyance felt by everyone else at home.

She sent out a tweet to her more than five million fans, which received a resounding yes.

The egg is one of the most important contributors to the human diet.

Chiefs leads a race for a transfer of young talent midfielder, see who

Chiefs is looks to beat Pirates on a race of European base attacker, see who