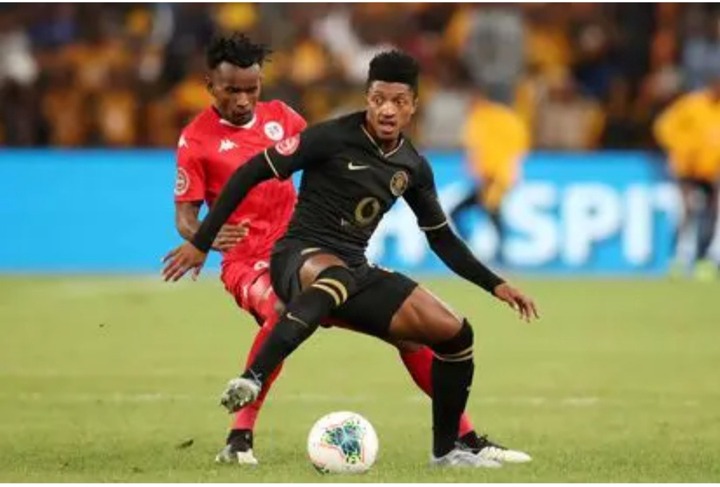 Stuart Baxter's important Kaizer Chiefs midfielder, who has been sidelined for months by the club, has received an update.

After serving his sentence, Kaizer Chiefs star Dumisani Zuma has returned to training at Naturena.

Last year, the midfielder made headlines for all the wrong reasons after being caught for drunk driving by traffic officials in November.

Zuma's agent has issued an important update on the midfielder's future with the Kaizer Chiefs.

Dumisani Zuma, a midfielder for the Kaizer Chiefs, has also returned to the training pitch at Naturena after being out in the cold for months following his incarceration.

After being arrested for drunk driving in November 2021, the midfielder was suspended by the team and placed in a rehabilitation program.

"Zuma has rejoined the team. On Monday, I saw him working with the rest of the team. They've given him a second chance to show off his skills," a source close to the Kaizer Chiefs player told Sowetan.

"He's still in the midst of his therapy." As a fine, it appears that the club withheld a set sum from his wages."

"Yes, he [Zuma] is practicing with the team again, but I don't think it's appropriate for me to say further when Kaizer Chiefs have made every move public." "I'm not at liberty to provide any other information," his agent stated.

ZUMA WAS SUSPENDED AND FINED LATE LAST YEAR BY THE GLAMOUR BOYS.

In November 2021, a club statement said, "Kaizer Chiefs is saddened to learn of Dumsani Zuma's recent alleged actions as reported in the media and has made the decision to immediately suspend him from all Club activities pending an internal disciplinary hearing."

"His suspension is in the best interests of all parties involved, and it does not imply guilt or prejudgment." The club will make every effort to rectify the situation as swiftly as feasible."