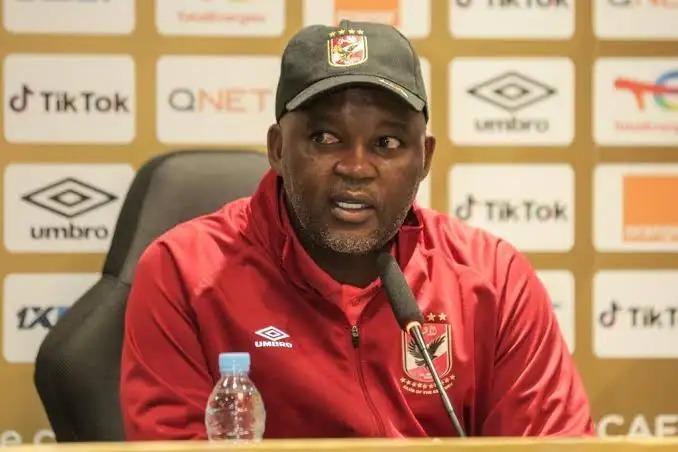 According to iDiski times, the Club of the century president was knee on seeing the former Mamelodi Sundowns and SuperSport united coach counting at his club.

Despite being interested in keeping Pitso Mosimane until the end of the season at less, however, Jinglez decided to leave the club before the season ended.

The president spoke to the media, revealing that they had a meeting with Pitso Mosimane while he was still at Morocco, attending his training course.

In the meeting, they were actually speaking on what the club needed in order to turn things around in the Egyptian Premier League. However, Pitso Mosimane told them that he was tired physically and mentally.

He then came to a decision to leave immediately.

The Al Ahly SC president then stated that there was actually a campaign that was formed against Pitso Mosimane. Even some of the members inside the board of the club were actually against the South African coach.